Love was in the air last night at Disneyland, when Sweethearts Nite returned for the first time since 2020 as part of the ongoing Disneyland After Dark after-hours ticketed event series, just in time for Valentine’s Day. 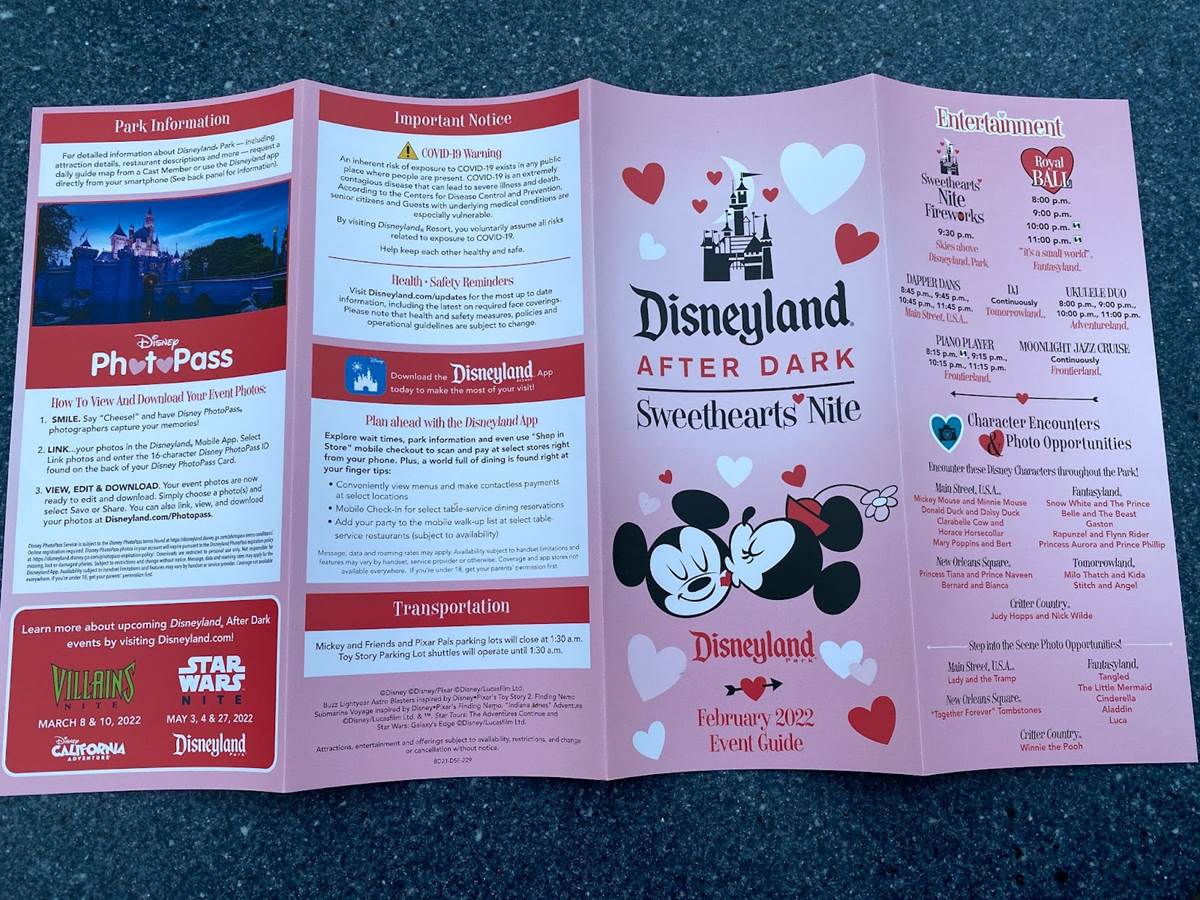 Let’s start off by taking a look at the event guide-map. 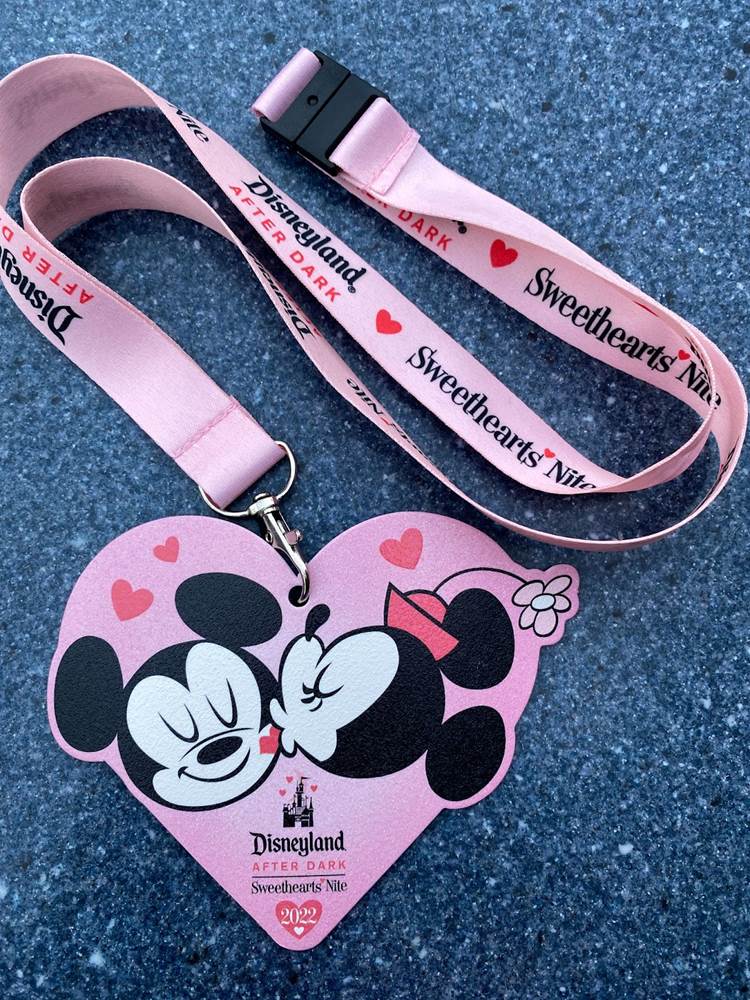 This Valentine’s Card was given to attendees at the Starcade, which served as the in-park check-in location for the event.

Naturally, the most popular aspect of Sweethearts Nite is the opportunity to meet and greet with rare characters and couples like Milo and Kida from Disney’s Atlantis, Stitch and Angel, Rapunzel and Flynn Rider from Tangled, Ariel and Prince Eric from The Little Mermaid, Tiana and Naveen from The Princess and the Frog, Bernard and Bianca from The Rescuers, Belle and Beast from Beauty and the Beast, and more! 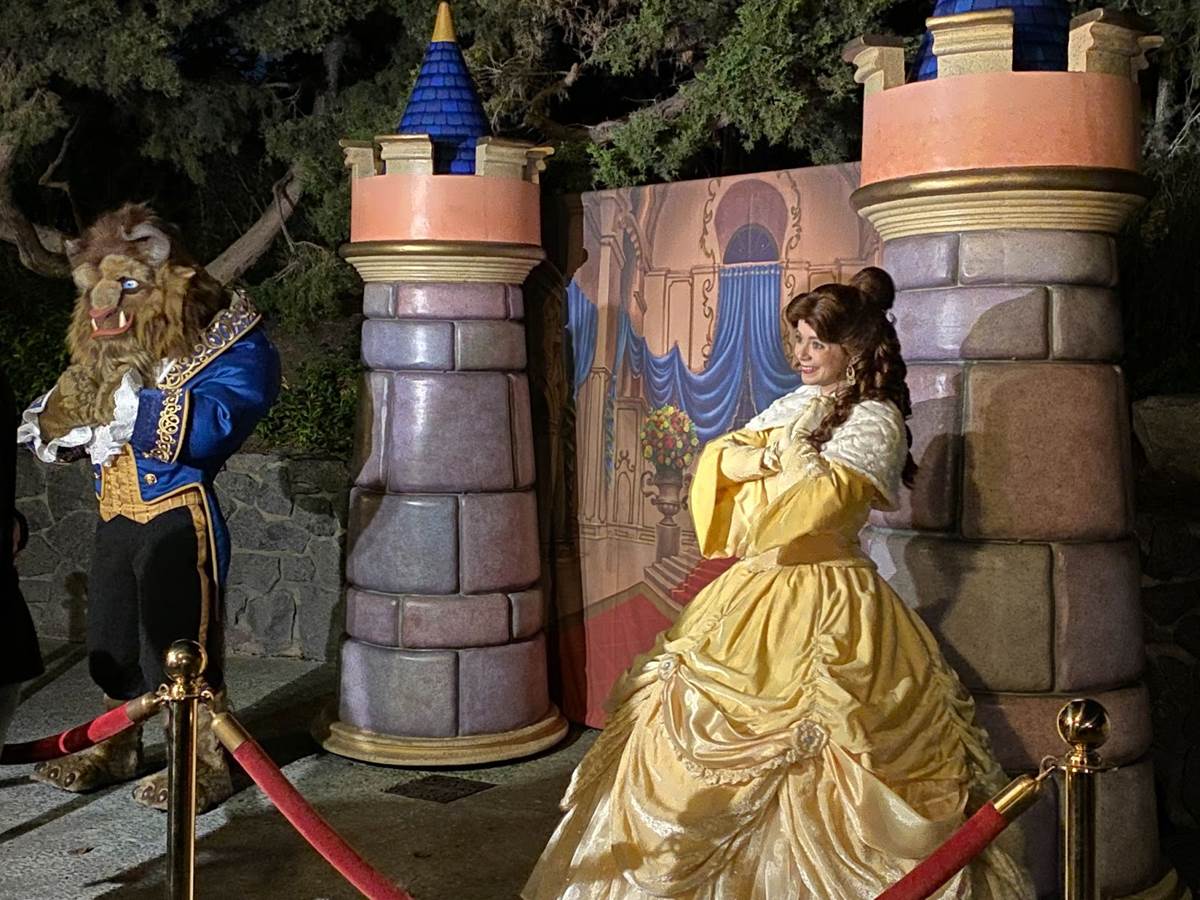 Guests lined up for hours around Disneyland for hours to interact with these popular pairings, but there were also plenty of neat photo-op locations throughout the Happiest Place On Earth. 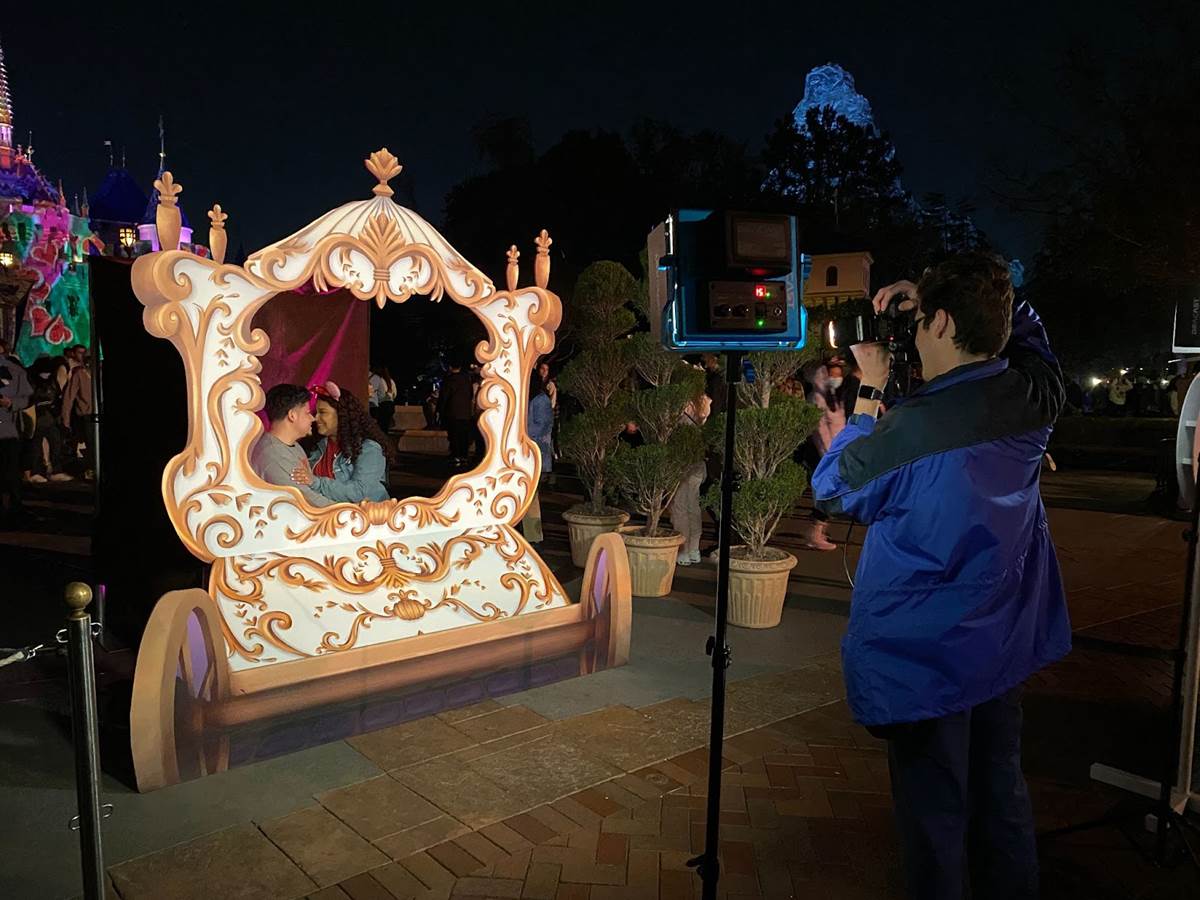 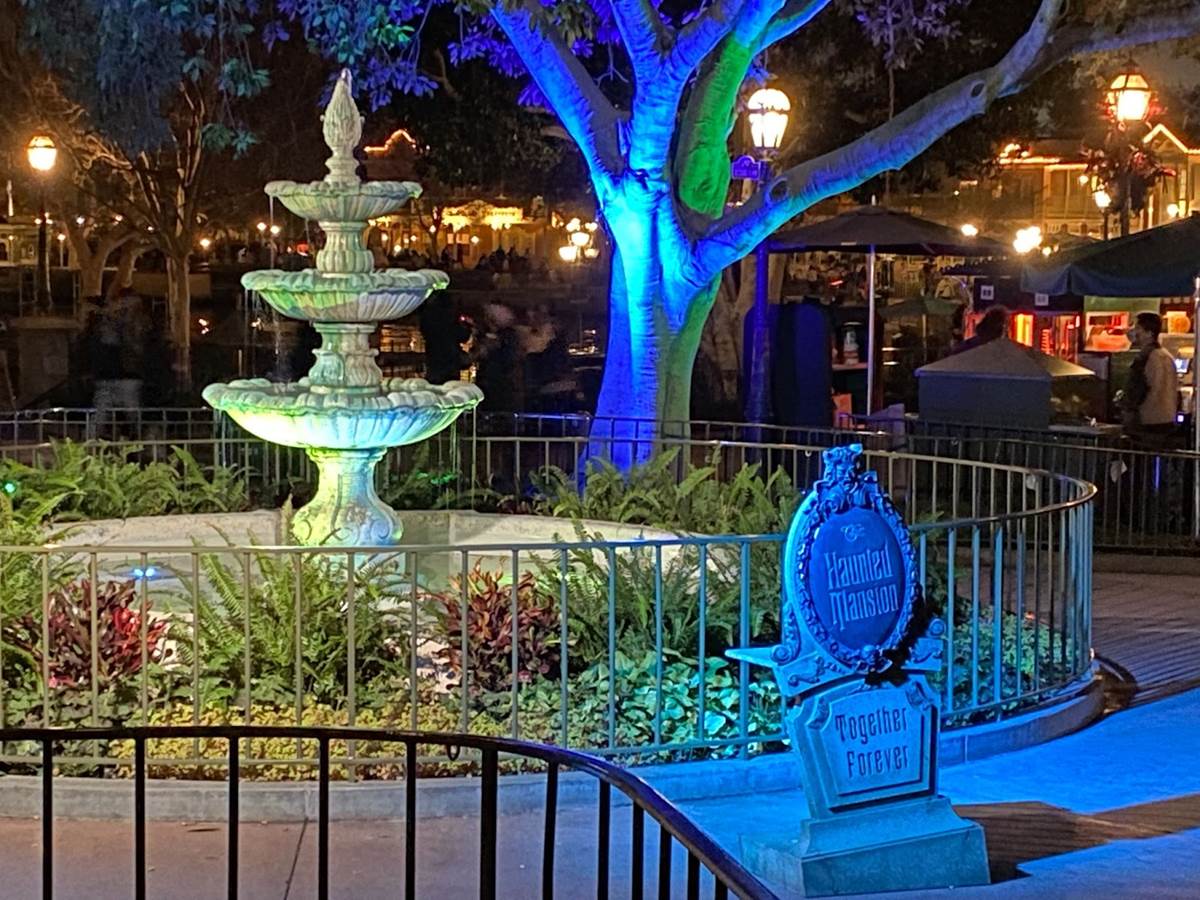 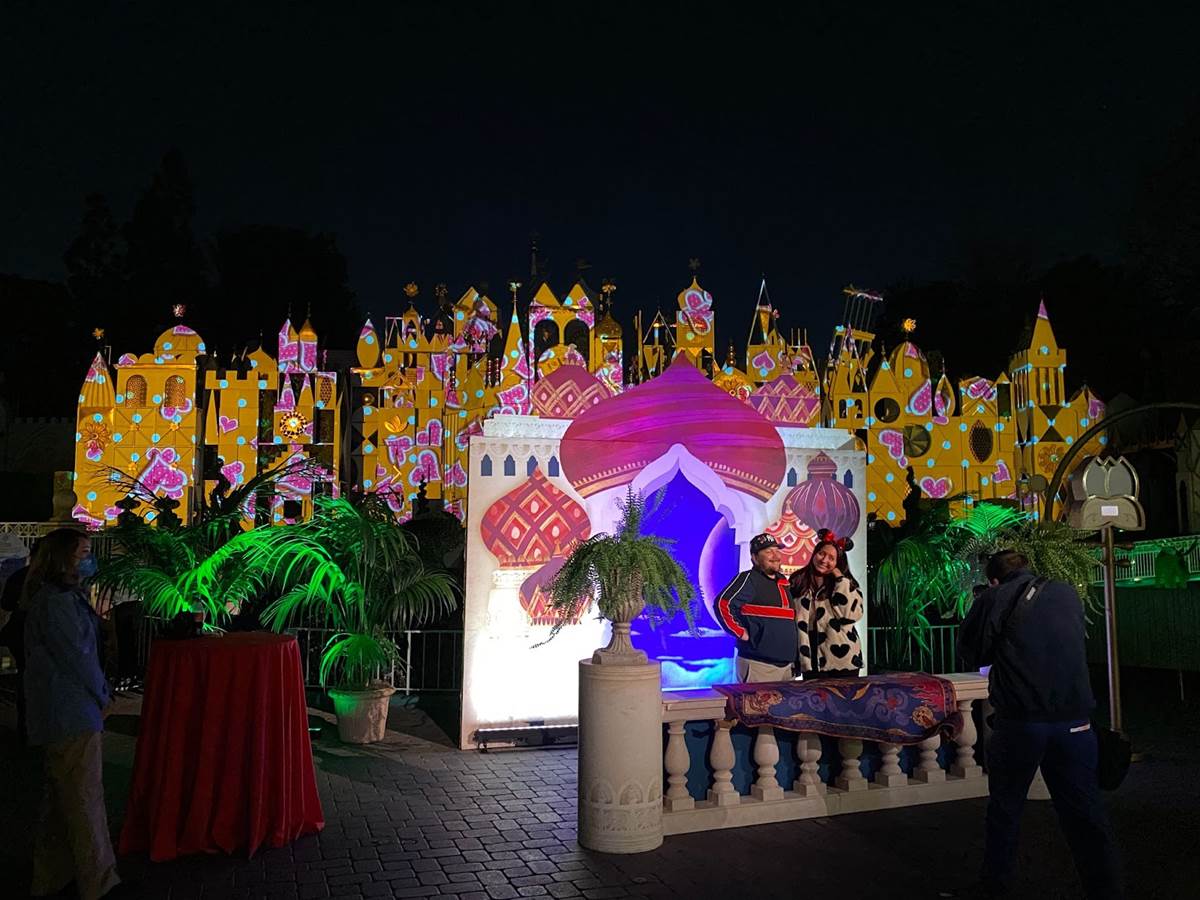 Scintillating Songbird Slue Foot Sue and King of the Keyboard Wallace Fulton Taylor performed a fun set at The Golden Horseshoe, reminiscent of the shows of old. 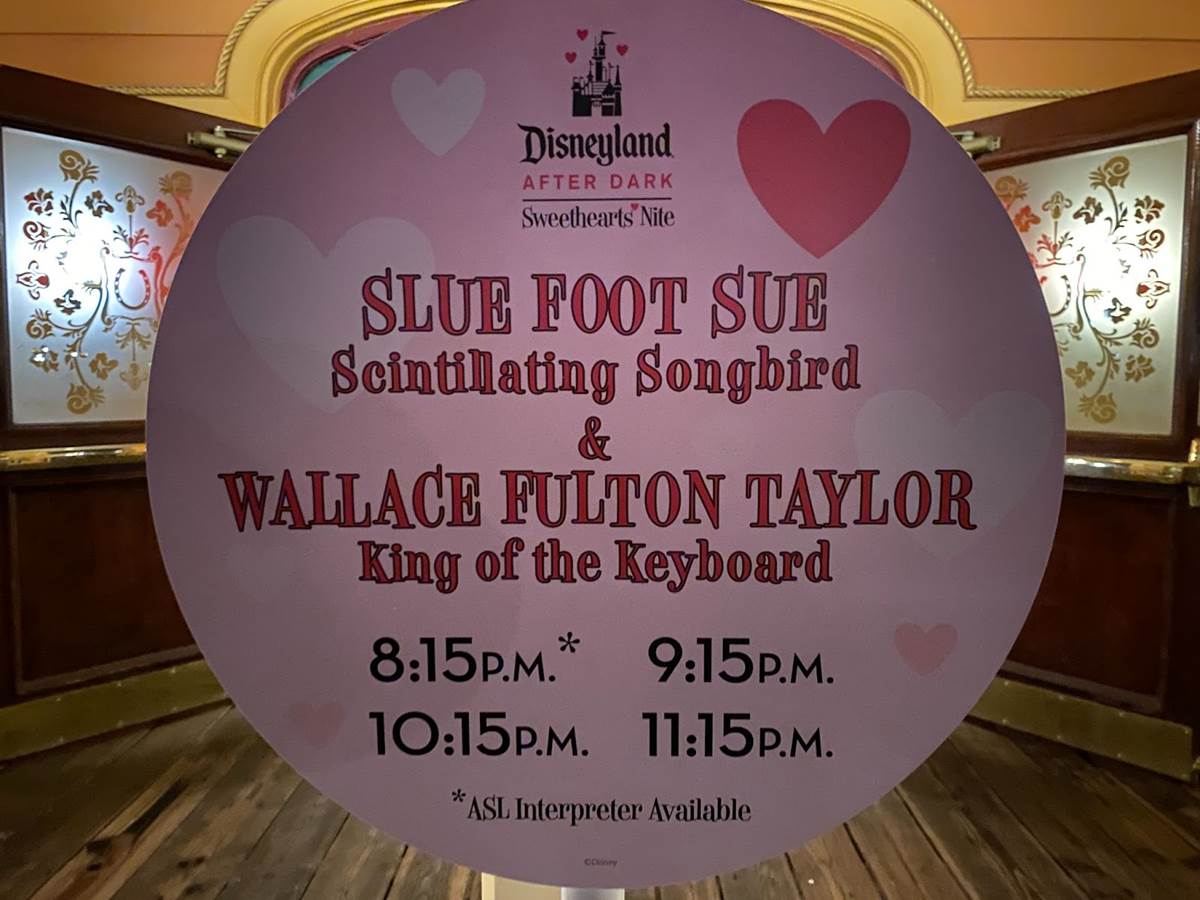 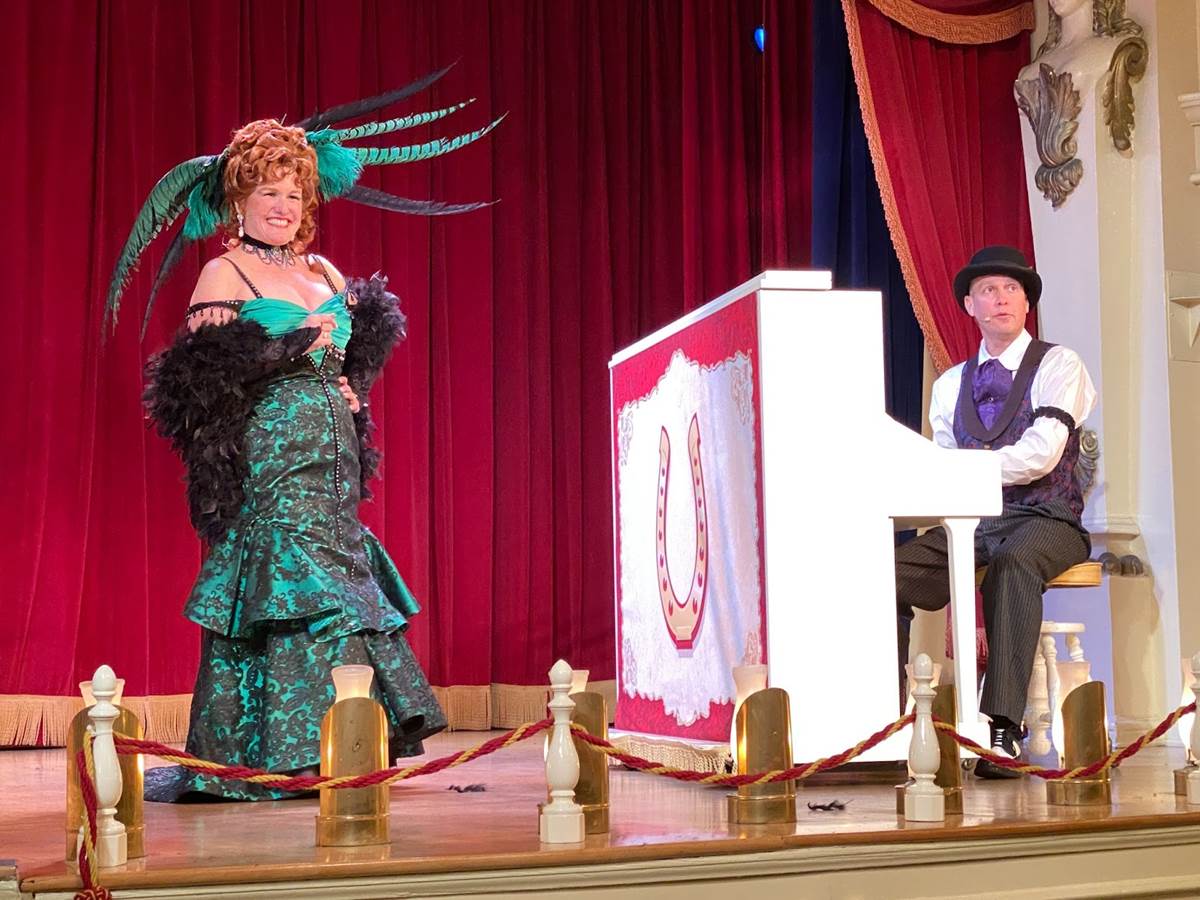 Two musical highlights of the night were the Moonlight Jazz Cruise aboard the Mark Twain Riverboat and the Royal Ball in Fantasyland. We have full videos of both shows that you can view below.

Watch the Royal Ball at Disneyland: After Dark – Sweethearts Nite 2022:

But one of the absolute highlights of Disneyland After Dark: Sweethearts Nite was undoubtedly the Sweethearts Nite Fireworks, which started off the evening with a bang in the skies above Disneyland to the tune of some of the more romantic melodies from Disney music history.

As guests walked out of the event, beautiful projections and the Dapper Dans were there on Main Street U.S.A. to serenade everyone a goodnight!

Although tickets are completely sold out, there are a few more Sweetheart Nites taking place at Disneyland, on February 3rd, 8th, 10th and 14th. For complete event details, click here.