Next month, Krakoa braces itself for war when mutantkind is targeted by the Eternals! Do the Avengers stand a chance at preventing an apocalyptic conflict from erupting across the Marvel Universe? Find out in A.X.E.: Judgment Day, the latest Marvel Comics crossover event launching this summer. 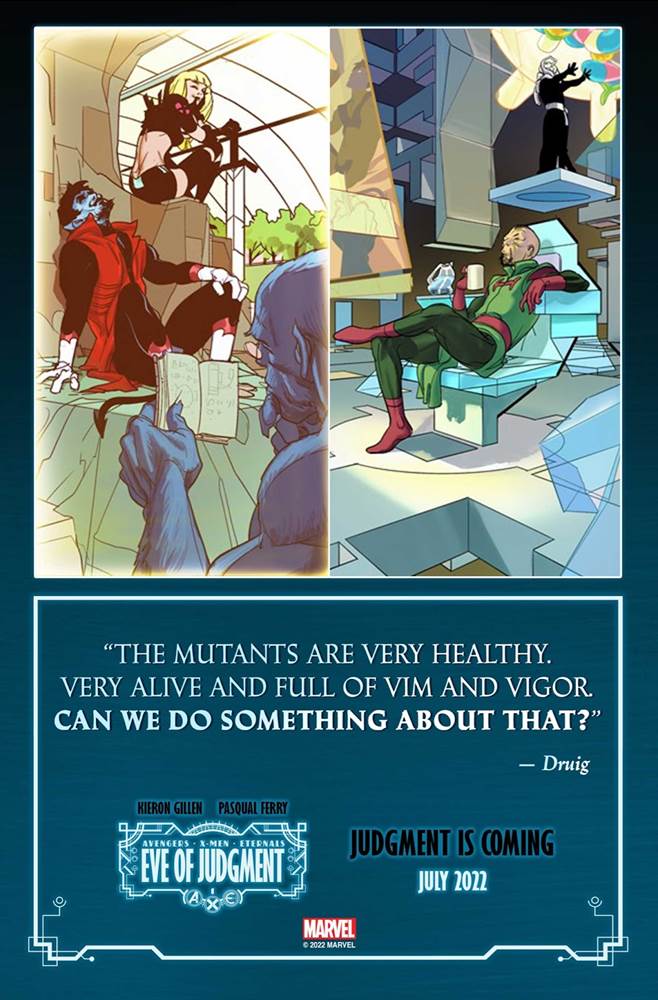