In preparation for the complete remodel of Disney’s Paradise Pier Hotel at the Disneyland Resort into a Pixar-inspired theme, the signage high-up on one side of the building has been removed.​​ 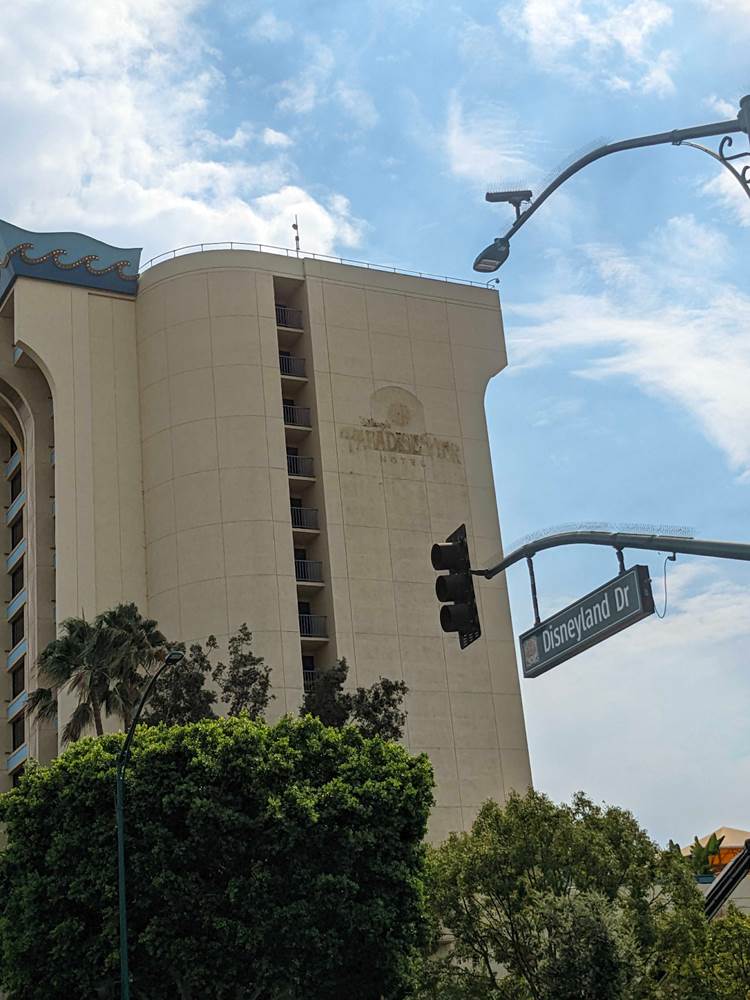 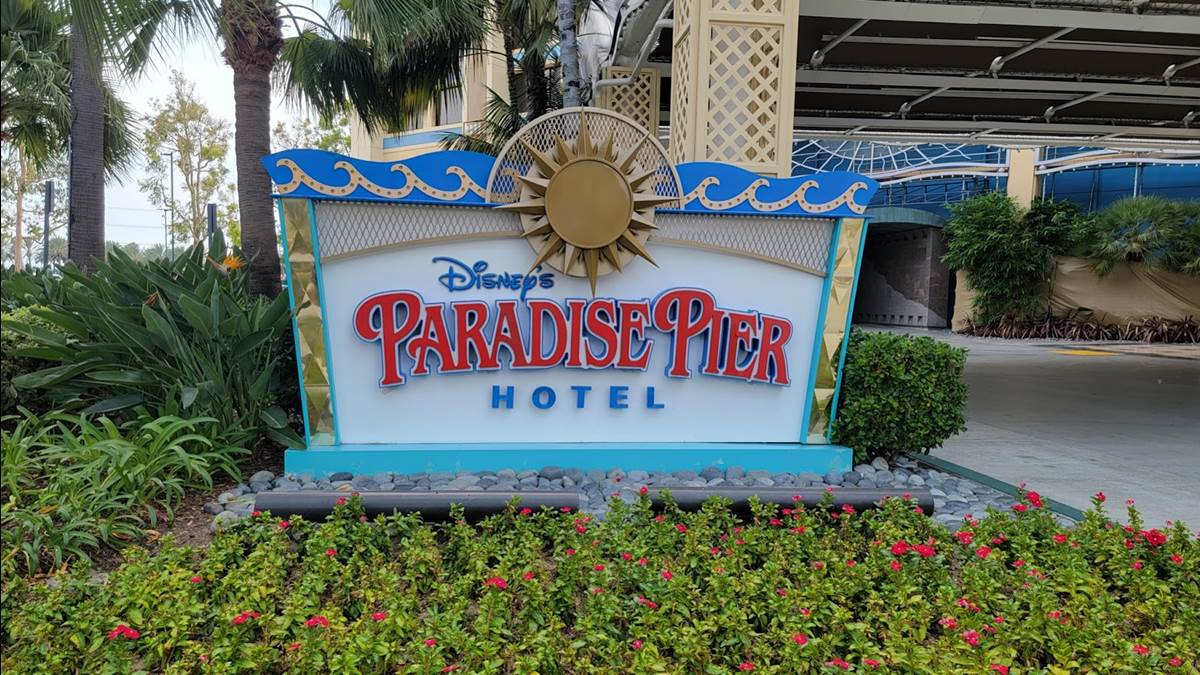