During today’s Disney Parks, Experiences and Products panel at D23 Expo 2022, chairperson of Disney Parks and Resorts Josh D’Amaro announced that the fan-favorite Haunted Mansion character the Hatbox Ghost will materialize at the Walt Disney World version of the classic attraction. 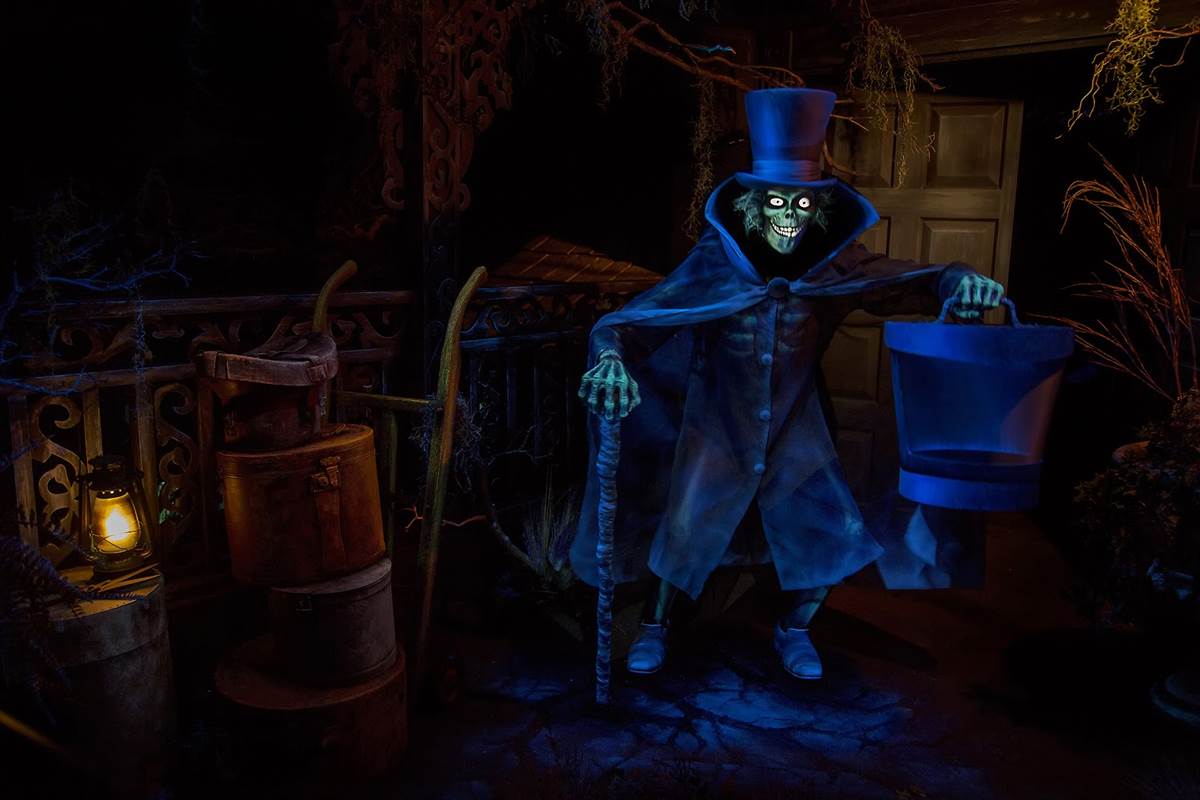