Disney is back in the video game business. Marvel Entertainment and Square Enix released details announcing a licensing agreement to develop and publish original video games based on Marvel’s Super Heroes. Restrain your inner fanboy (or fangirl): The first title in the multi-game, multi-year agreement is an Avengers video game. 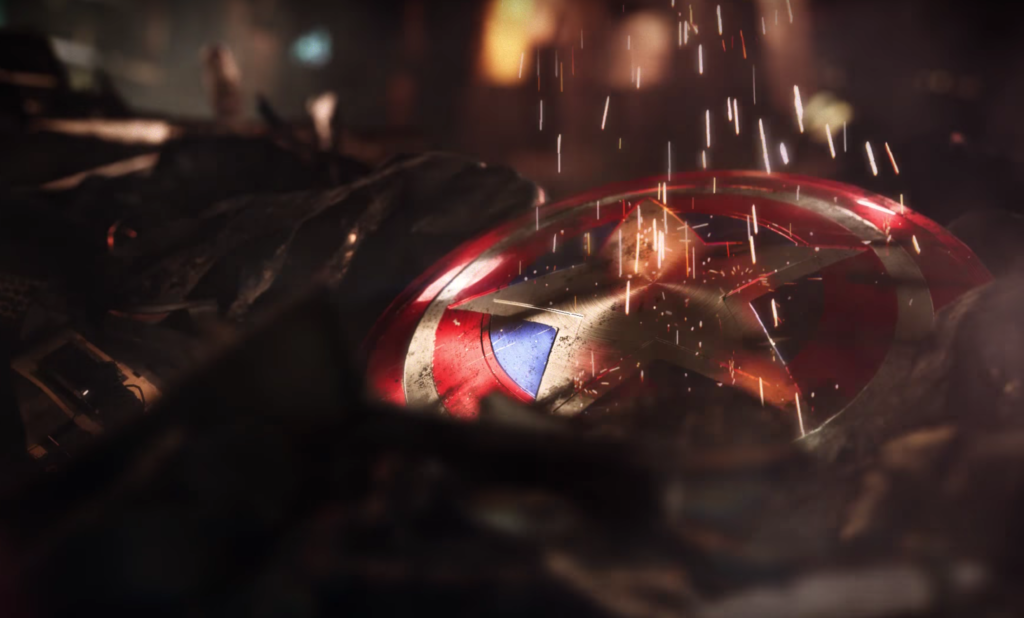 A screenshot from the teaser trailer (scroll down to see the teaser) shows Captain America’s battered shield.

According to the Marvel press release, the first of these games will be an Avengers video game currently titled The Avengers Project. It will be developed by Crystal Dynamics, who also developed the best-selling and critically acclaimed Tomb Raider series. They will work with Eidos-Montréal (another Square Enix owned studio) to create the interactive adventures.

The Avengers video game will feature characters, environments and major moments from the Avengers comic books. The game will feature an original story and also introduce a universe gamers will inhabit, according to Marvel, “for years to come.” The Avengers title and other games based on Marvel superheroes will be unveiled in 2018. Here’s the teaser:

Big budget console gaming is an expensive and risky proposition. After years of trying to build its own internal game studio as a publisher, Disney is now focused on a licensing model. The first major blockbuster from this plan was EA’s Star Wars Battlefront, which as of May 2016, shipped 14 million copies.

The Avengers themselves haven’t made a splash on next-gen video game consoles outside of the best-selling Lego Marvel video games such as Lego Marvel’s Avengers. Those games were well received by gamers and fun to play but older gamers have been eager for more mature Avengers titles, and specifically, well-made ones.

The teaser features only damaged Avengers gear and a destroyed HQ, no game footage. So what the game will look like is still unknown. It’s also still under wraps if the upcoming Marvel superhero games will feature actor’s from the films. While the 2011 Thor video game and 2008’s Iron Man did, Johnny Depp didn’t lend his voice to Disney Infinity series.

Based on the trailer, the game may possibly take place after the conclusion of the Civil War events which will play out when Infinity War releases on the silver screen starting May 4th, 2018. So, maybe we’ll see the game by or before Christmas of 2018.