Today, Marvel’s Agents of S.H.I.E.L.D. aired an original episode after being in repeats for the past two weeks and not returning with a new episode until March 4th (primarily due to the Olympics).  Being the only original episode surrounded by repeats, I presumed that this episode would be special.

The following is some of the things we learned in the episode T.R.A.C.K.S.… be warned SPOILERS AHEAD 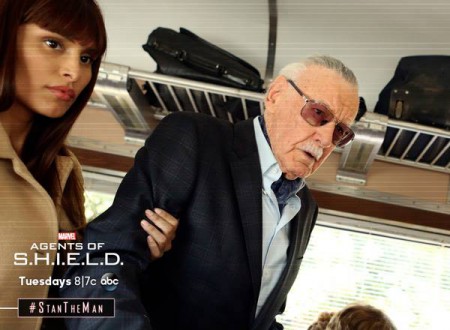 This episode featured a non-linear structure that worked very well.  Sometimes, that kind of thing can be very confusing.  But the writing team gave us enough clues to figure out what was going on.

The episode had a tough bill.  It needed to draw us in after the show had been gone and make sure we are there when the show comes back.  ABC and Marvel teased us with the Stan Lee cameo and the Deathlok reveal to ensure we did not forget its on.  They then setup the Skye cliffhanger to ensure we come back.

Moving forward, the show has a lot on its shoulders.  Fans expect a Captain America: The Winter Soldier crossover.  We know Sif will be making an appearance and we were promised a reveal on who the clairvoyant is. I would also expect some major season ending reveal and cliffhanger.

The show was criticized for being too episodic early in its run.  But now, we are seeing how everything is connected as well as greater ties to the Marvel Universe.  It has too be tough to craft a show knowing they will be saving the big guns for the films, but I believe the folks at Marvel TV have done an amazing job with the framework they have and are getting better with every episode.

I look forward to the remaining 9 episodes.  I hope they keep this a wild ride.

The tag at the end revealed that Mike Peterson is Deathlok thanks to Cybertek technology.  This was revealed at a recent press event, but may still be a surprise to casual fans.  For those that don’t know, Deathlok is a cybernetic soldier that has a long history with S.H.I.E.L.D.  Only time will tell whether this Deathlok will be a hero or a villain.