As part of the global celebration of “it’s a small world”s 50th anniversary, Disneyland hosted a sing-along cavalcade featuring Disney Legend Richard Sherman who co-wrote the famous song with his brother Robert.

The attraction also reopened from its refurbishment for the celebration. The refurbishment is scheduled to resume  April 21 and run through May 29. 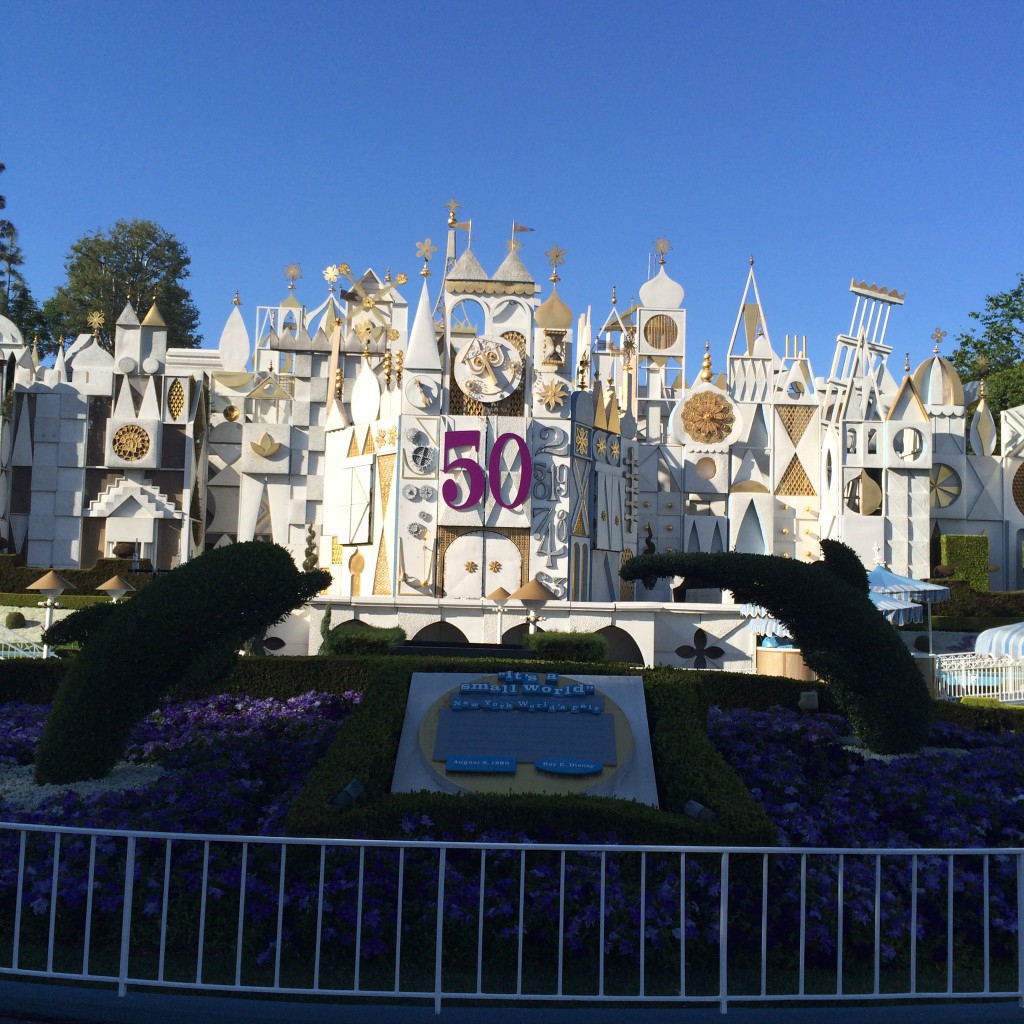 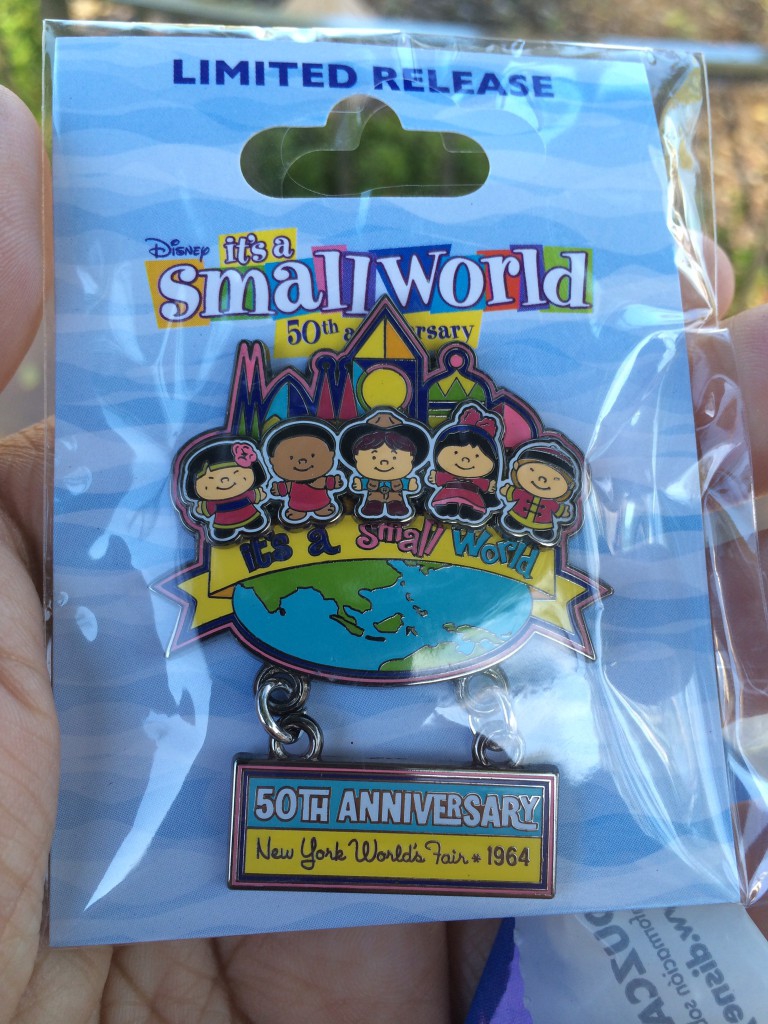 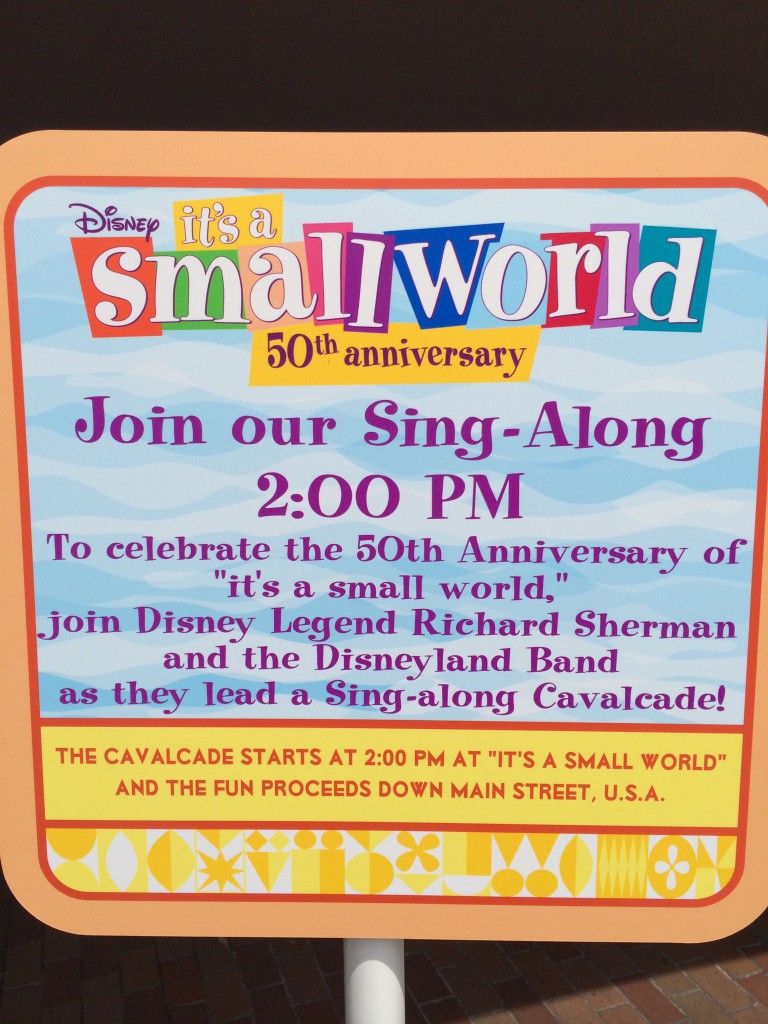 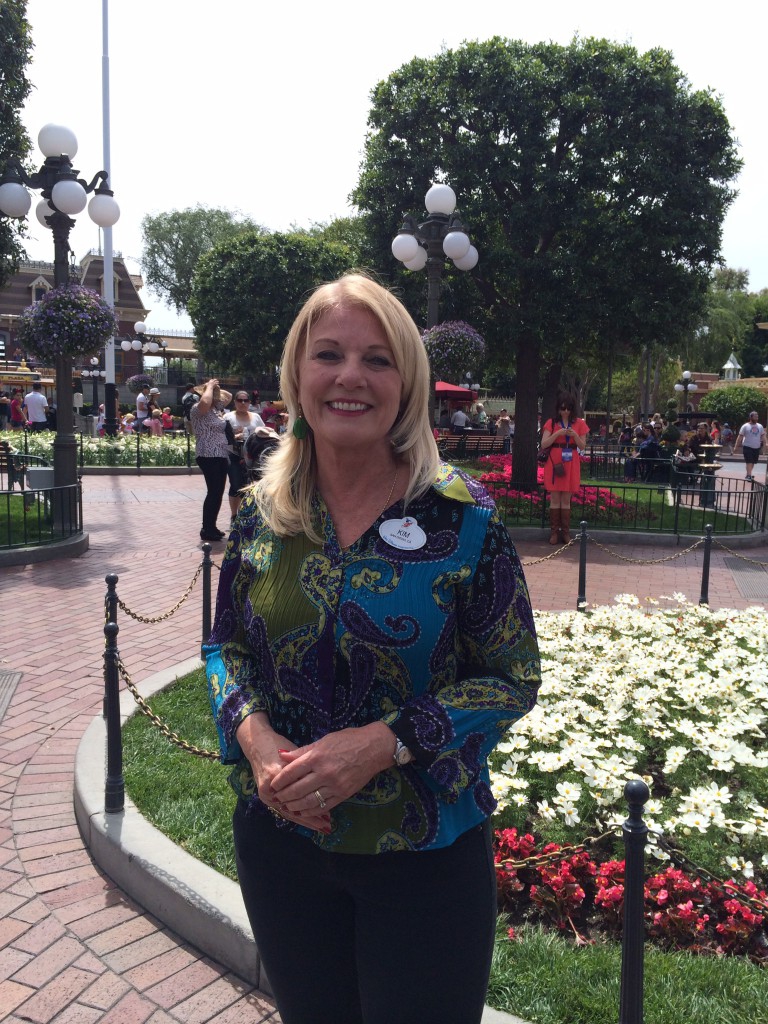