The Walt Disney Family Museum recently premiered a new exhibit in their theatre lobby gallery called Leading Ladies and Femmes Fatales: The Art of Marc Davis. This special exhibit will be on display through November 3. While Marc Davis’ work is expansive, the small gallery space forced the curators to focus on his work mastering the human form. The curators of the exhibit are Michael Labrie, the museum’s director of collections and exhibitions, and Andreas Deja, who animated such classic characters as Gaston, Jafar, and Scar. 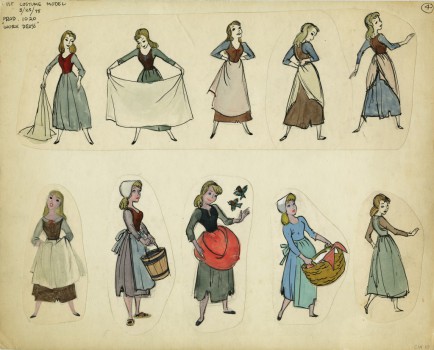 Davis was responsible for animating refined human characters such as Cinderella, Alice, Tinker Bell, and Maleficent. However, most Disney fans know his more humorous and characterized style, most evident in the concept art from Pirates of the Caribbean, The Jungle Cruise, and The Haunted Mansion. These stylized caricatures of the human form elicit whimsy and laughter and reveal Marc’s genius as a gagman during his time at WED. It’s remarkable how closely the final scenes of these beloved attractions match his original concept art. 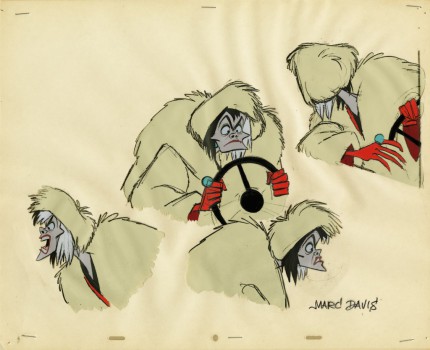 At the gallery opening, many mentioned that it was important to the late Diane Disney Miller that the exhibit open during the run of Art, Color, Flair: The World of Mary Blair which is in the larger special exhibit space, as the Davis’ and Mary Blair were such good friends. Included in the exhibit is the painting of a rose, entitled Mary’s Rose, that hung over Mary’s bed anytime she stayed at the Davis’ home

There is also a section of the exhibit that focuses on Marc’s love of his wife, fellow Disney Legend Alice Davis. In 1947 Alice Estes, a promising artist from Long Beach, California, received a scholarship to the prestigious Chouinard Art Institute, a training ground for many Disney artists. With Alice’s goals of becoming an animator crushed because of the male-dominance in the field at that time, Mrs. Chouinard herself assigned Alice to become a costume designer and gave her the added task of assisting the new animation teacher, Marc Davis.

After her graduation, Alice married Davis, eventually working with him at The Walt Disney Studios and becoming one of the first female Imagineers. She designed costumes for a number of Disneyland attractions, including Pirates of the Caribbean and Carousel of Progress, many based on her husband’s whimsical drawings. 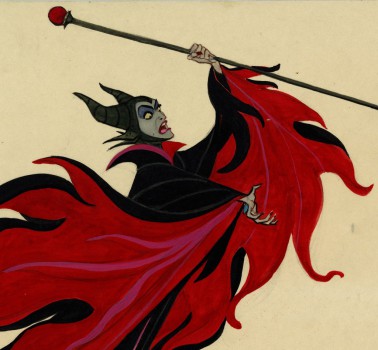 Marc’s impact on Disney was immense and is still felt today. One of Walt’s Nine Old Men, Davis passed on his skills and expertise to the next generation of talent at both Walt Disney Animation Studios and Walt Disney Imagineering. Walt referred to Davis as his “Renaissance Man” due to his ability to be an artist, story man, and show designer. In the same way that Walt was irreplaceable, there will never be another talent quite likeMarc Davis. His achievements are definitely worth celebrating and hopefully the future will see a more thorough representation of his work at The Walt Disney Family Museum.