In 1982 a local comedy troupe was brought into E.P.C.O.T. Center to provide a bit of entertainment in World Showcase called the Olde Globe Players. That group went on for years and eventually became the World Showcase Players who would preform shows in Italy and U.K. Pavilions for many years before being downsized to just U.K. 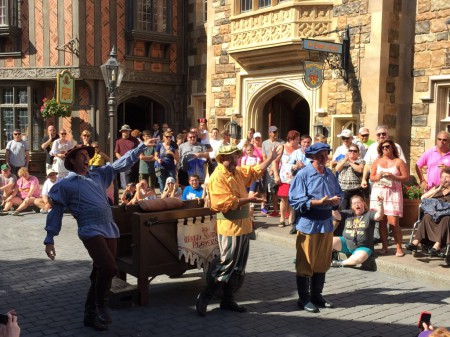 This small group would provide laughs for years to random guests who, more often than not would just stumble on them, or maybe hear the all to familiar cry of “FREE BEER!” The last day was focused on the two main pieces, ‘Romeo and Edna’ and ‘King Arthur and the Holy Gail.’ Of course both stories are different takes on the classic stories with we, the audience, being put in the starting roles! 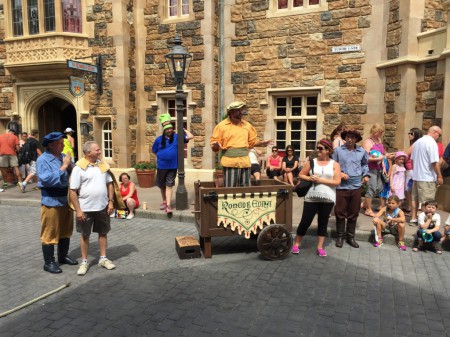 First we have the final performance of ‘Romeo and Edna,’ a comedic take on the Bards greatest work ‘Romeo and Juliet’

Finally we have the very last performance of the World Showcase Players doing ‘King Arthur and the Holy Grail’ which brought out one of the largest crowds I have seen for them, while the show is entertaining, watching the amazing cast at the end always brings a tear to my eye. 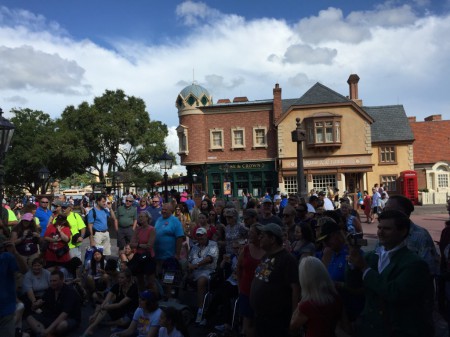 After the show Karl called up all the past World Showcase Players in attendance for a group photo before the three actors were tied up for the next hour or so with photos and hugs. It is always sad to see any show close, but one of the longest running is even more so!

All I have to say to this is RUBBISH! 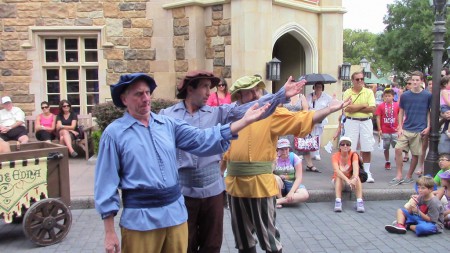