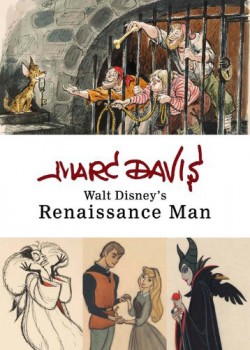 What do you think of when you hear the name Marc Davis? Personally, I think of all the wonderful attractions and comical additions that the talented Mr. Davis contributed to Disneyland and Walt Disney World. Outside of his work as an Imagineer and animation artist, I do not know much about Marc Davis. That was why I was especially excited to hear that Disney Edition’s newest book release would focus on Marc Davis and his role within The Walt Disney Company!  Marc Davis: Walt Disney’s Renaissance Man, recently published on October 7, 2014 totals 208 pages and features first hand accounts from various contributing authors who knew Marc Davis.

Simply put, Marc Davis: Walt Disney’s Renaissance Man, is an incredible book. This loosely structured biography presents Marc Davis through the eyes of those he knew and influenced. Opposed to the strict and predictable biography structure, Marc Davis: Walt Disney’s Renaissance Man, takes readers on a textual and illustrated journey of Davis’s life as an artist. The reader also learns how Davis’s vast artistic voice influenced The Walt Disney Company.  Sure, we learn incidental facts such as Davis’s birthday, his parents names, and other small childhood details, but the heart and substance of the book can be found in Davis’s artwork. 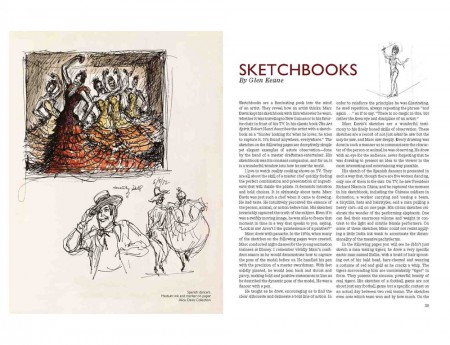 The ten chapters are broken down into periods of Davis’s life as an artist. The reader learns about Davis as a teacher (both collegiate and intra- office), takes a look into his varied private sketch books, and revel in his iconic works as an Imagineer. What I personally enjoyed was how each chapter was personally authored by a different individual who personally influenced by Marc Davis and his artistic voice. For many Disney fans, some of the names are familiar.  Glen Keane, Andreas Deja, Marty Sklar, and Pete Docter are just a few of the various talented authors that contribute antidotes and memories. These authors all share personal stories and offer artistic insight into the examples of Marc Davis’s artwork displayed in the book. .

The text in the chapters is well written, concise, and well planned. As expected, the artwork is the true star.  Marc Davis: Walt Disney’s Renaissance Man includes a breathtaking amount of never before seen original pieces that span the course of Davis’s life. These pieces are methodically placed within their respected chapters and are simply stunning. Whether they are line drawings of animals, detailed pictures of human anatomy, or animation studies the reader gains a true insight into Marc Davis. 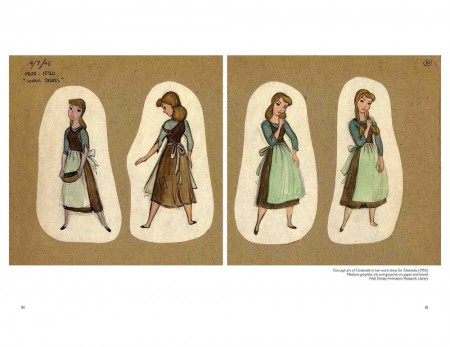 Overall, I can not say enough good things about this book! I loved the variety of artwork featured in it’s pages. There are quick ink and pen sketches, charcoal and pastel animal portraits, and finished animation art. I found myself fascinated by Davis’s detail orientated human movement studies.  In these sketches, he created his finished human form in stages; bone structure, muscle overlay, and finally the finished product. I was surprised at Davis’s mastery of anatomical joint range of motion – hips, knees, elbows, even ankles! Seeing these early studies made it completely clear why his animated characters (Sleeping Beauty, Tinker Bell) seem to leap off the page and screen.  My absolute favorite chapter was the one entitled “The Divine Miss Alice.” What a wonderful tribute to the importance of Marc Davis’s marriage to his wife Alice Davis! Similar in form to the previous chapters, this too features amazing artwork such as anniversary and birthday cards husband and wife drew for each other.

Whether you enjoy the magic of animation, creativity of Imagineering, or the finer points of modern art, you will find artwork to love in Marc Davis: Walt Disney’s Renaissance Man. Take a chance to read the book and you will not only learn something new about this amazingly affable man but also something new about his artistic prowess.