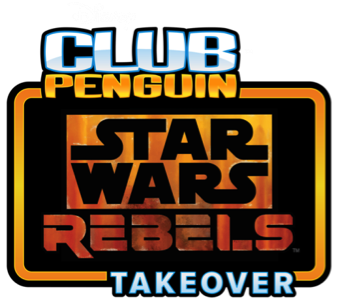 From January 22nd through February 4th Club Penguin Island has been transformed into Lothal, the home planet of the Star Wars Rebels TV show which airs Monday nights at 9pm ET/PT on Disney XD. Penguins must strike back against the Imperial Forces to save Club Penguin Island from fruit stealing, overbearing tyrants! Even the Club Penguin Times has been seized, now renamed the “Imperial Times”. The Imperial Times is now an Empire propaganda rag. The rules are laid out for our Club Penguin friends who have been instructed that tampering with Imperial posters is strictly forbidden, a serious offense.   The treasures of Club Penguin Island are in danger, even the treasures that our puffles discover and dig up will be taken away. 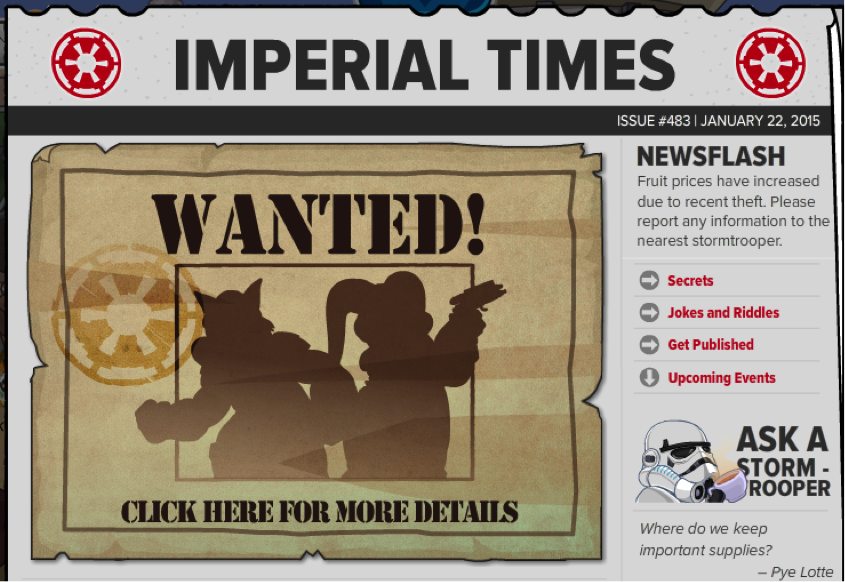 Players have been tasked with quests to save the island (one of which is to destroy the Imperial posters which are scattered about by throwing snowballs at them) earning Star Wars Rebels swag along the way in the form of cool galactic clothing, gear and even a lightsaber. 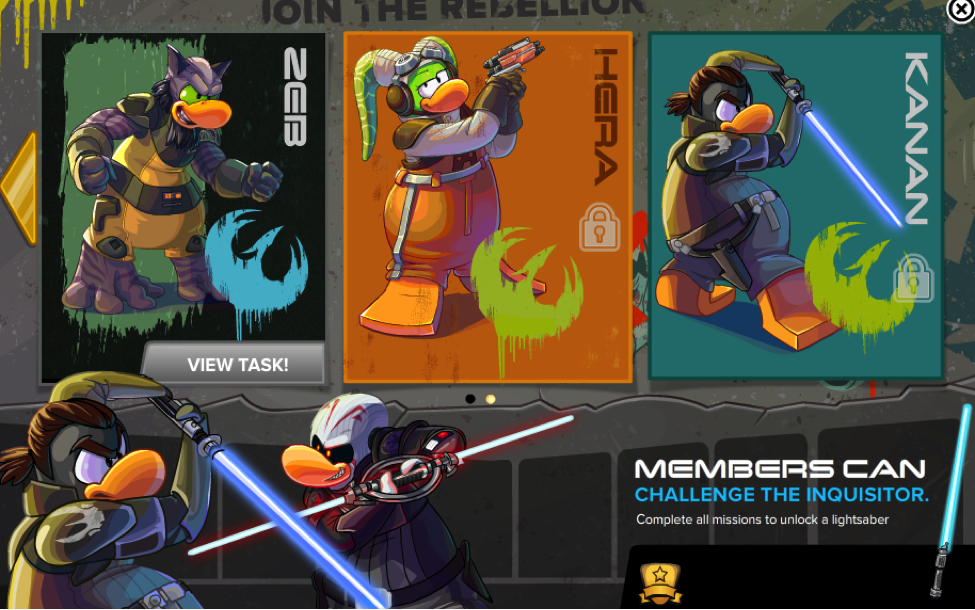 Players must ultimately take on the nefarious Inquisitor but never fear- my son, DCookie888, defeated an entire army of storm troopers with snowballs – it won’t be long now. Sure, they were relentless and kept appearing in droves – but whatever, we have snowballs and aren’t afraid to use them!

The themed locations for this party are as fabulous as the 2014 Halloween party, in my opinion. The coffee shop is now “Javva the Hutt” and the Dock and Cove are really cool, check out the pictures below of the overall view of the map, the plaza, dock, town, etc. Enjoy this is Club Penguin party that is going on until February 4th, it is out of this world! 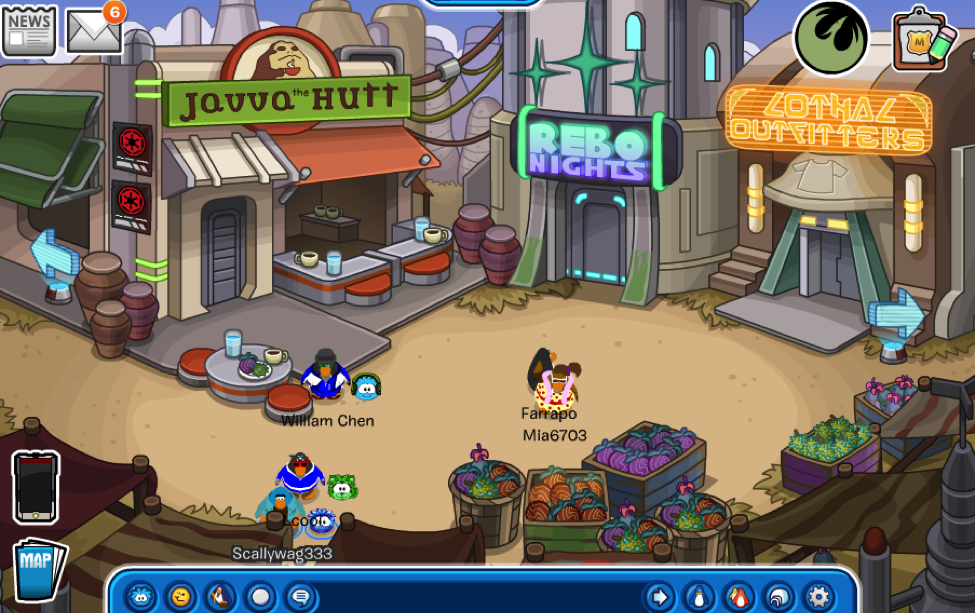 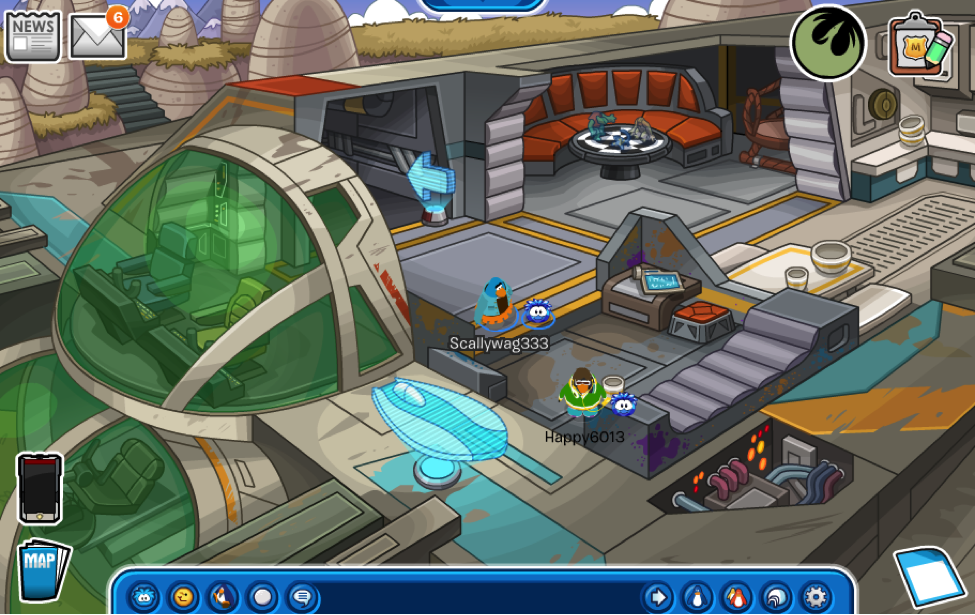 The Snow Forts, below: 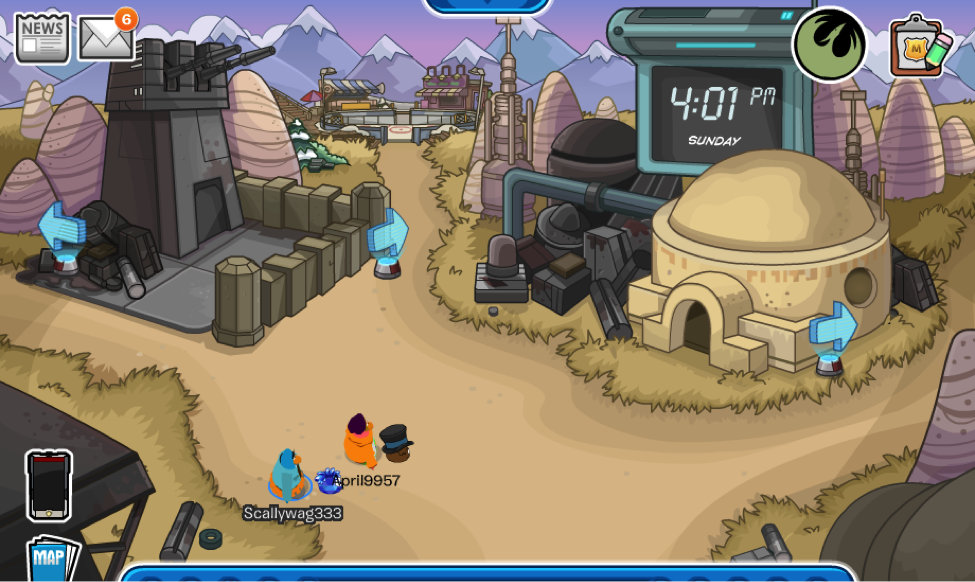 Items available in catalogs for members to use coins to purchase, below (including a wookie costume, droid conductor and Ezra’s hideout!): 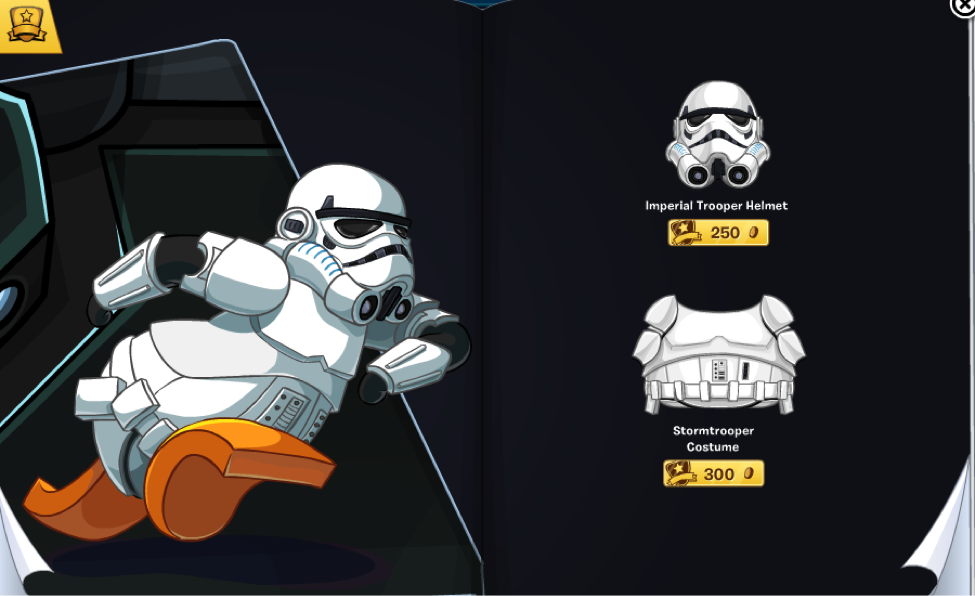