The Studios on a gloomy day can be a great time to take a quick look around. Now that the Trolly Car Cafe aka Starbucks) has opened  the only confirmed work is the removal of the Hat. 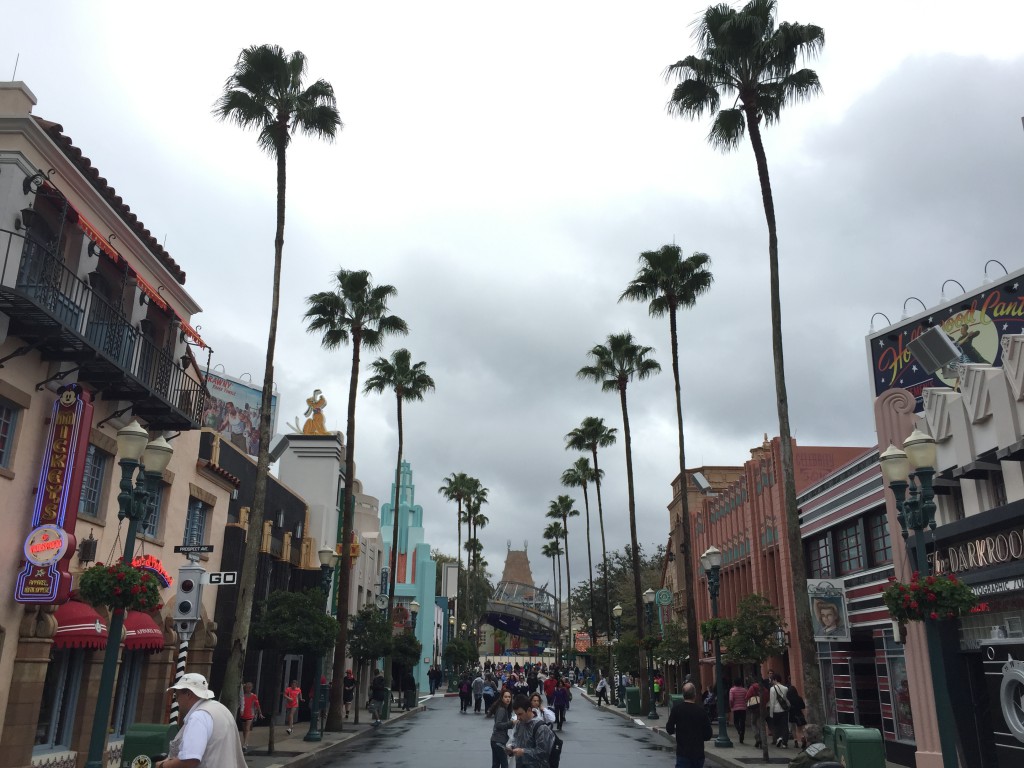 As we are getting close to the one month mark since the work has started we can really see how much work was put into building in back at the turn of the century! 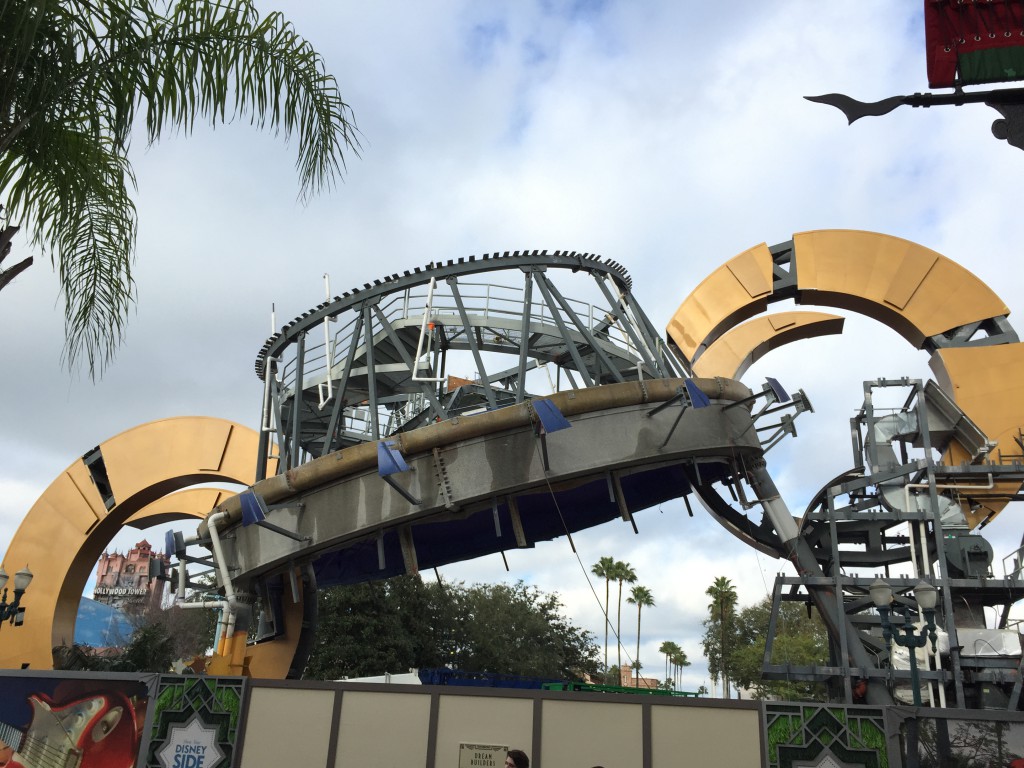 Between the support system and drainage system I would say this icon was never meant to be removed. But one of the most unique parts of the removal is the tip of the hat has stayed on site since it was removed and now looks like it is about to have a little more work done on it, judging by the spray paint. Of course, most Disney fan’s are more excited about the clear view of the Great Movie Ride building once the remaining pieces are removed. 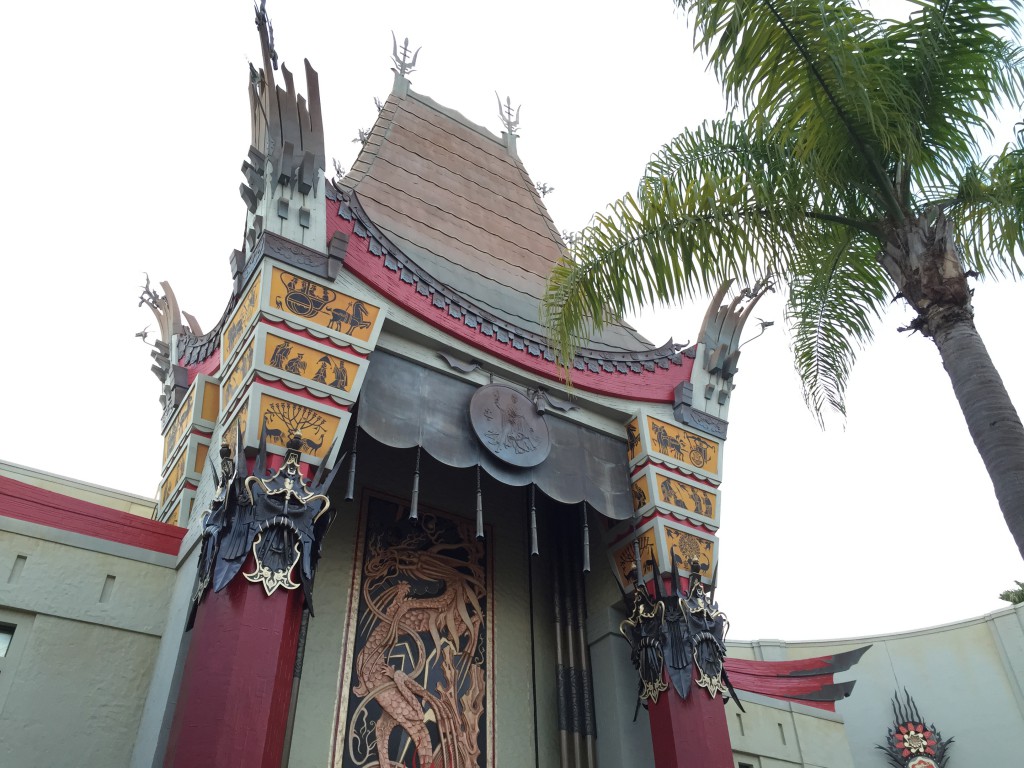 As we venture toward the Streets of America we pause to take a look at the beauty of Echo Lake and a hidden tributes to one of my favorite films Who Framed Roger Rabbit? 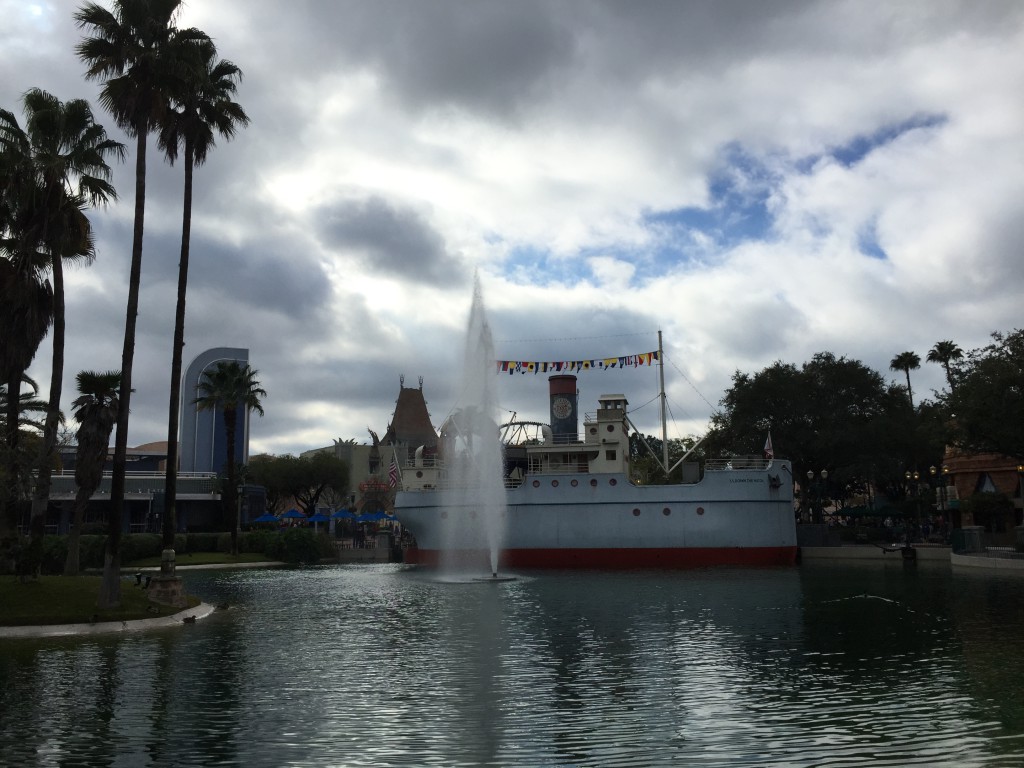 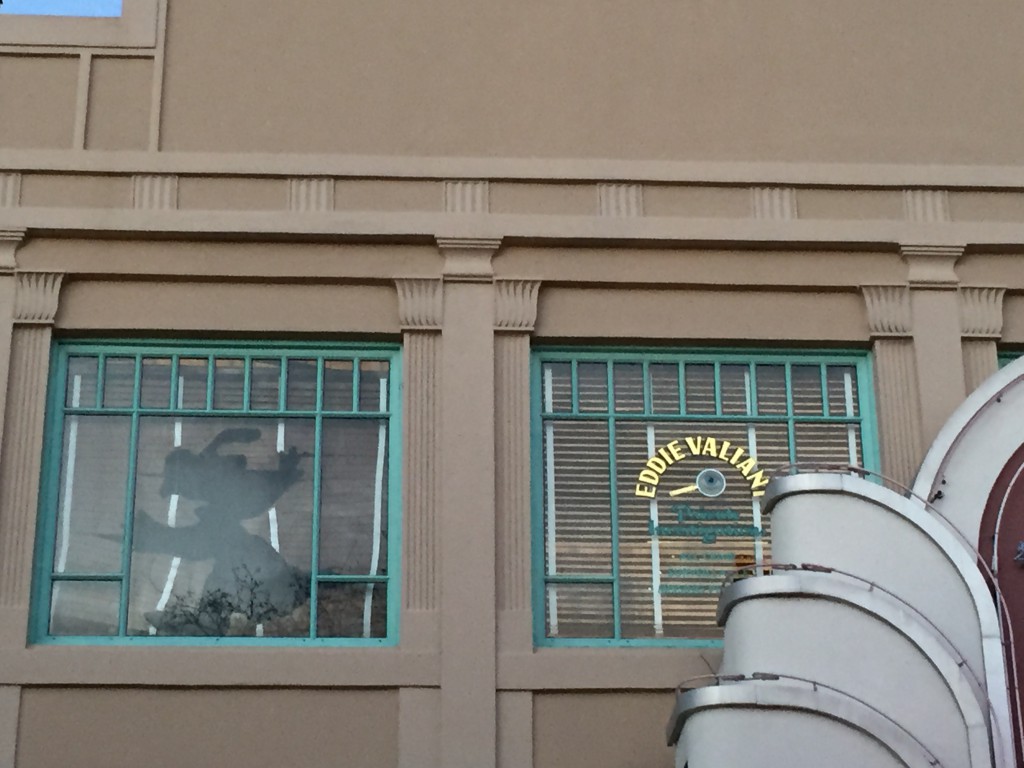 Finally we get to the big news of the Studios, Cinderella’s Coach from the upcoming live action film. This photo spot while being very simple is very well done, using the marquee that has not been changed from “Honey, I Shrunk the Kids” play area in years. 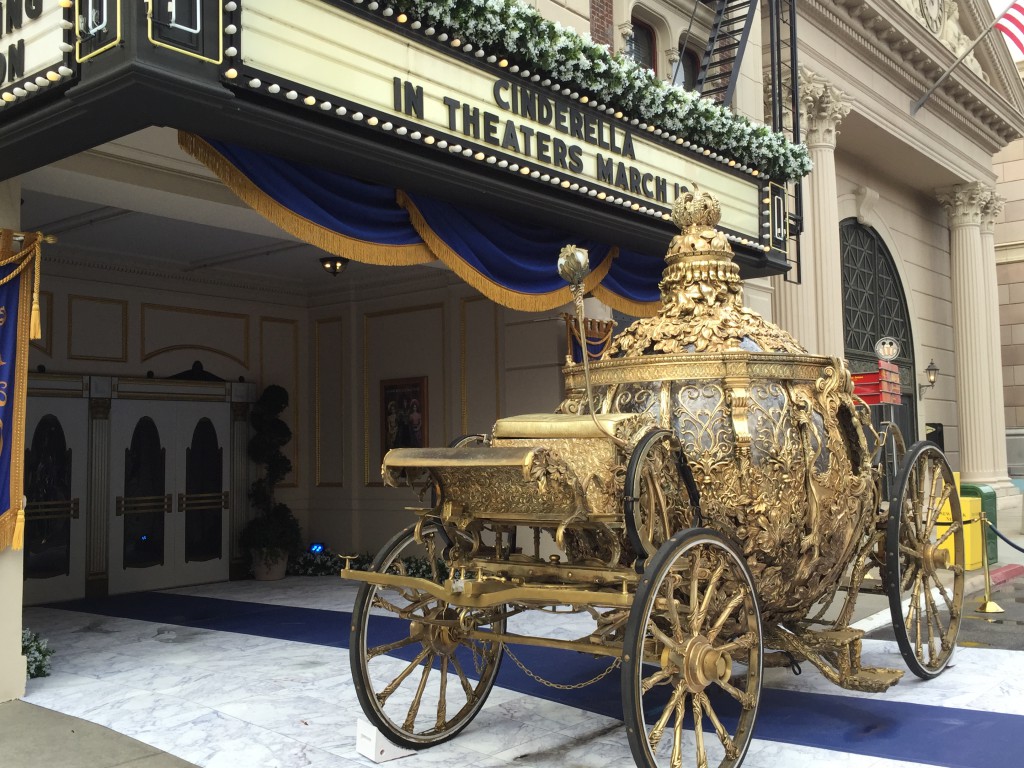 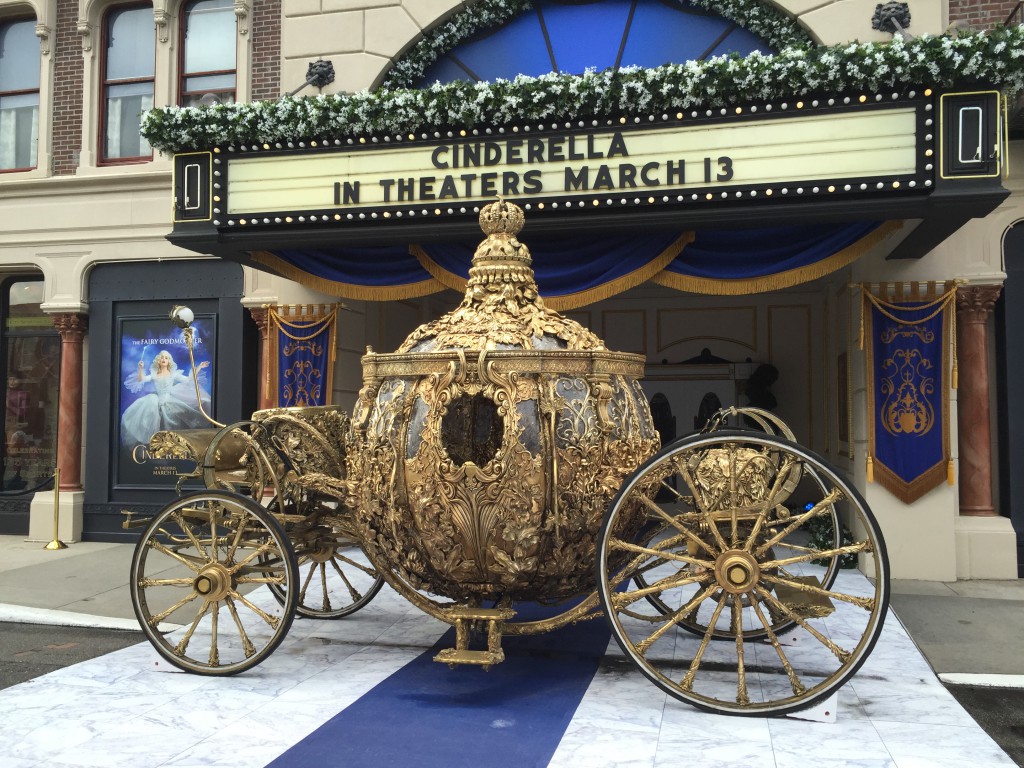