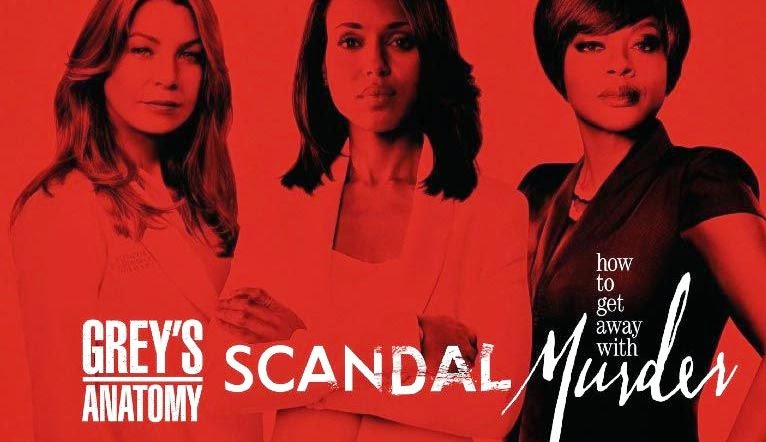 15 episodes of How to Get Away with Murder. Check.

It’s taken me a full year (my binge watching game is about a B-), and I did power through about 4 seasons in 3 weeks, but I have finally caught up with Grey’s Anatomy, making me ready for the full #TGIT experience this fall.

Now, many of you may be saying things like “How do you feel now?” “Was it as fulfilling as you’d hoped?” and “Don’t you go to school?” To that I say amazing, absolutely, and stay out of my life! Let me explain me reasoning real fast.

I joined the Gladiator Train for Scandal right when it premiered. I watched every week, excited to see where OPA would go, what they would tackle, and if the ratings would be enough to warrant a season 2. Luckily, they did, and we received a second. However, that’s when the craze began, and I’ve never looked back. I became obsessed Shonda Rhimes’ creation. The dialogue, the scenarios, the cast. It was all so inventive and amazing to see on broadcast TV. I thought “I’ll have to watch Grey’s after it’s done, because I’ll probably like it, too.”

I decided to start it the summer before #TGIT, thinking I could catch up sometime during the 11th season. However, that didn’t happen because duh. I watched the 1st season, loved it, but realized I would never be able to watch that much, so I put it aside.

How to Get Away with Murder appeared last season, bringing a brand new Shonda produced to the ABC fold, and it was the same as Scandal. I was hooked. I waited with high anticipation for every Thursday at 9, when two of my favorite shows aired back to back. I would go to the small grocery area on campus, buy a bag of white cheddar Cheetos, 2 king size packs of Reese’s peanut butter cups and a grape Gatorade, run back to my dorm and settle in for a night of OMG and WTF moments, with a healthy side of live tweeting.

I, once again, felt like I was missing out, so jumped into the Grey’s pool. I binged 3 seasons, then second guessed myself again and stopped. I finally powered through starting this past June and LOOK AT ME NOW!

My obsession for Grey’s at this point may be more than Scandal or HTGAWM. My love for Cristina, Lexie (RIP), and Meredith is leaps and bounds over my love for my own family. (Kidding.) I am engrossed with everything that is going on in Grey Sloan Memorial Hospital and I cannot wait to see how the show is post-Derek (I never really liked him that much anyway. Yeah, I know, sue me).

I couldn’t physically or emotionally be more excited for September 24th, 2015. That night the perfect evening of television returns. Doctors, Politicians, and Lawyers. Three incredibly tired and normal TV concepts that have been flipped on their heads, for the better, thanks to Shondaland.

What is all this talk about #TGIT about, anyway? Well, first off, I needed to vent about my love, so there’s that. Secondly, this is all a preview of what’s to come. As a #TGIT mega-fan/LaughingPlace writer, get ready for some really fun content. But, above all, I want you to not be able to WAIT for September 24th and every Thursday after that. ‘Cause, #TGIT.