1985 could possibly be one of the greatest single years for movie releases in the history of film. With titles like Back To The Future, Goonies, Pee-Wee’s Big Adventure, and St. Elmo’s Fire it’s easy to see how others such as Police Academy 2: Their First Mission and Prizzi’s Honor could be missed. But on July 24, 1985 a small film over 10 years in the making was released— The Black Cauldron. 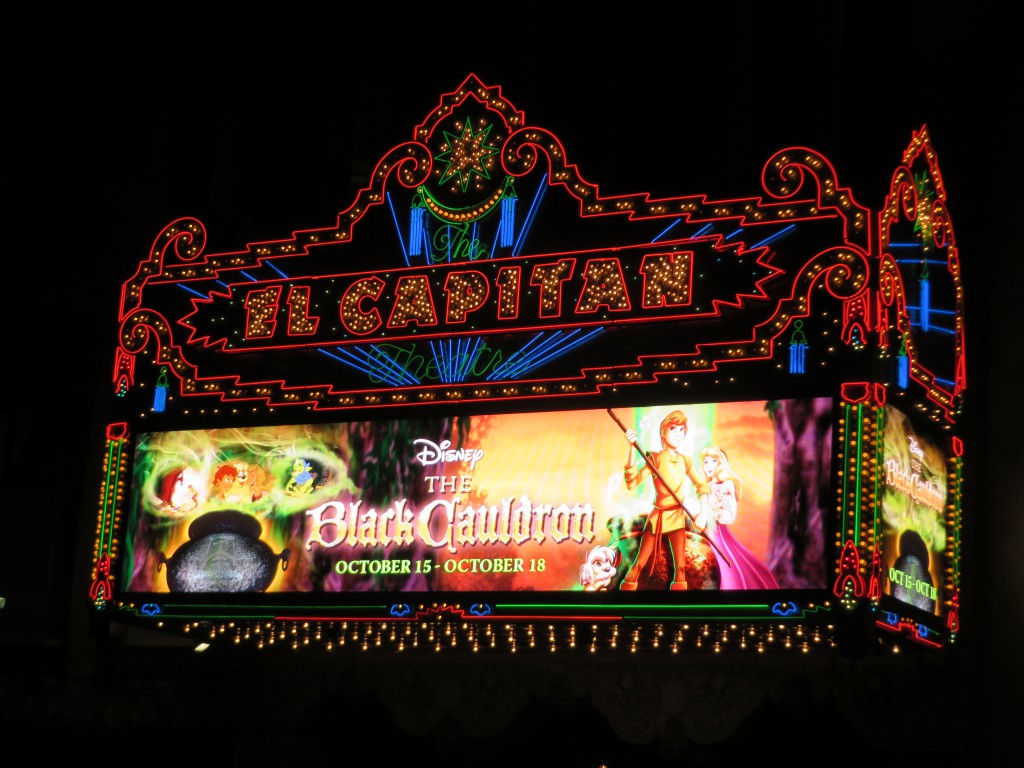 The Black Cauldron is one of the very few Disney Animated Films that I can not recall if I saw or not as a child, which is saying a lot because, at that time, I would see just about any movie that was in theaters. For those of you who have not seen The Black Cauldron, it is not a surprise because looking at the history of this film it ranks up there with Song of the South as “if Disney could disown it they would” films. The story is based loosely on The Chronicles of Prydain series of books by Lloyd Alexander and follows Taran, an assistant pig-keeper, on his adventures. I, having never read the books, knew the movie more by its reputation than story, so when the chance to see it on the big screen came about I jumped at the chance. 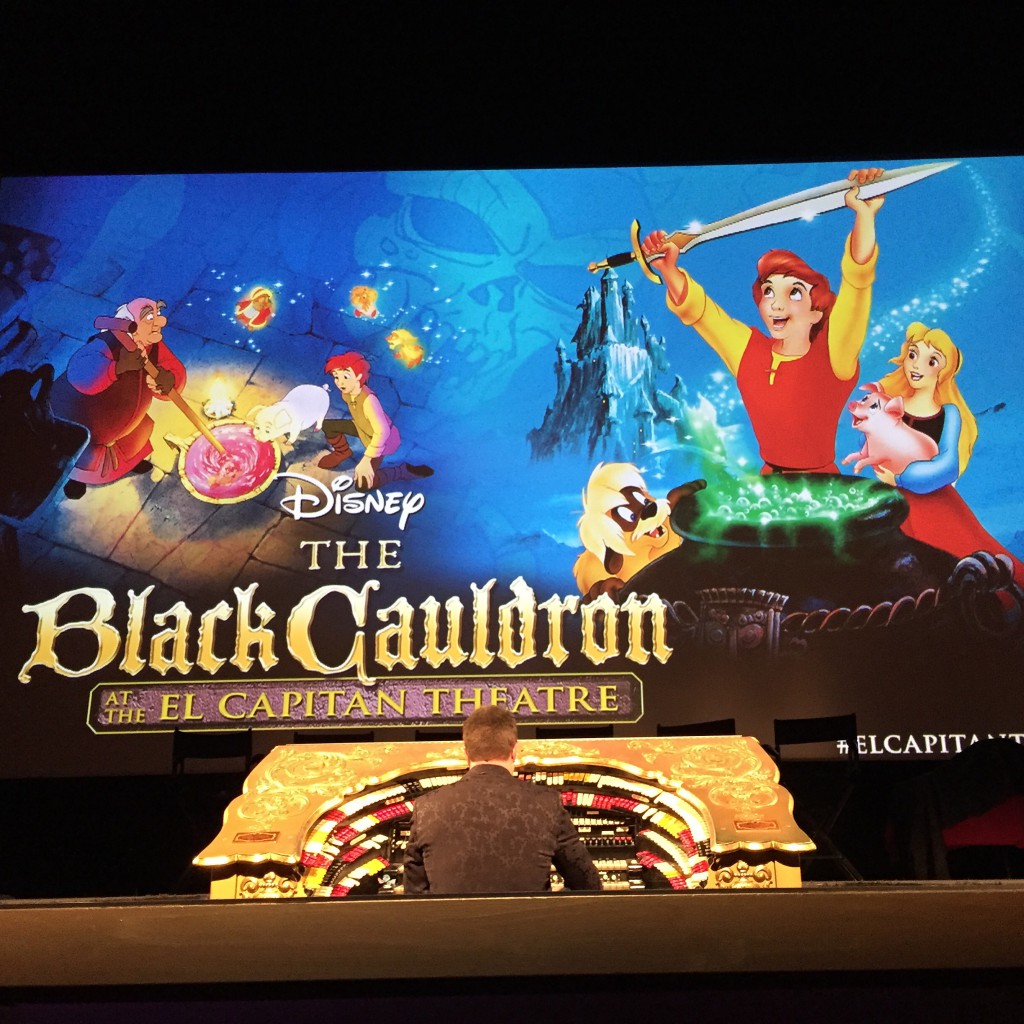 I was lucky enough to be visiting California for the first night of the three-night run which was kicked off by a gathering of people who were some of the “lucky” few that can put their name on this film. Don Hahn — production manager, Dave Bossert  — animator, Joe Hale — producer of the film, Jim Coleman — color stylist for the film, Richard Kraft — agent to the stars & Andreas Deja — one of the lead artist on the film all gathered to share their history and stories of the making of The Black Cauldron. 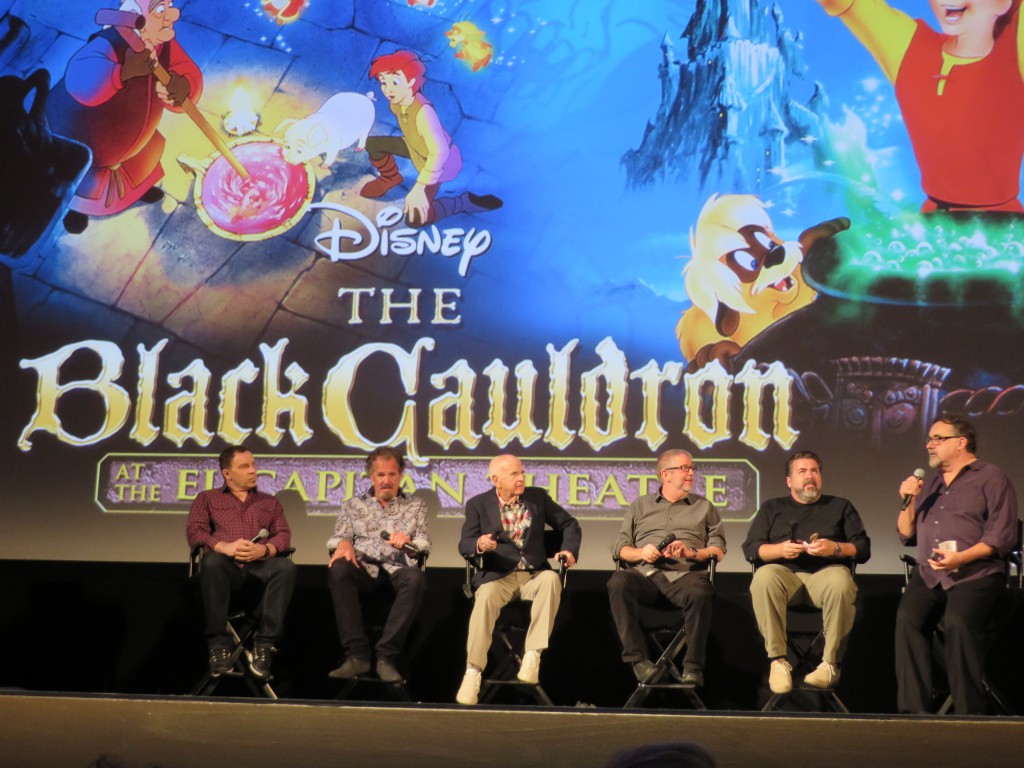 Over the span of 45 minutes or so, the panel talked about many different topics, none I would say were really about the movie so much as how they got involved in the film. Most interesting of these stories was Disney Legend Andreas Deja and how he actually submitted art school drawings when he first heard of the film in production and that was how he got a job with the company. 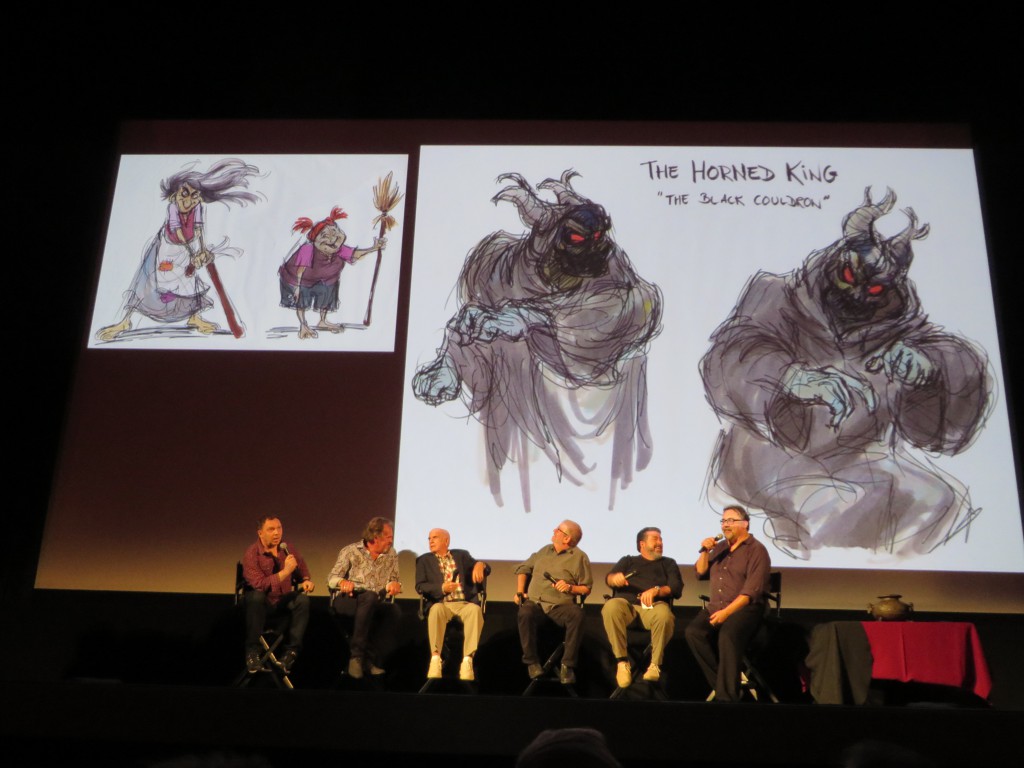 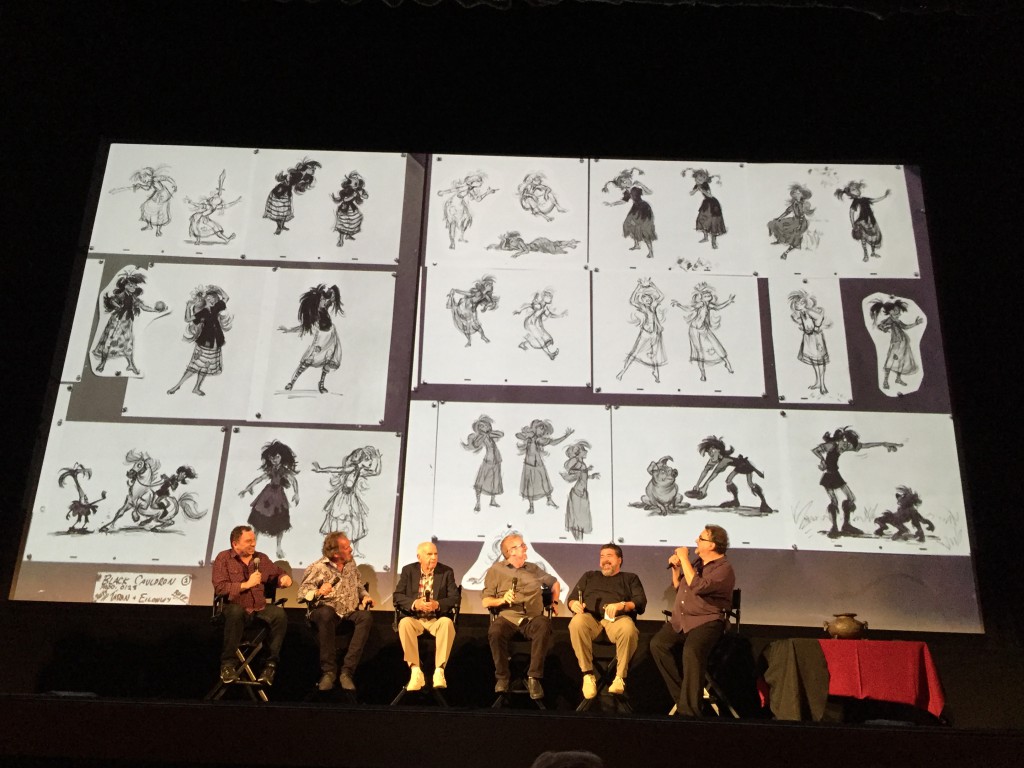 Also, Deja talked how he spent his first year at the Walt Disney Studios with Tim Burton before he became Tim Burton and they showed some of his concept art for the film. 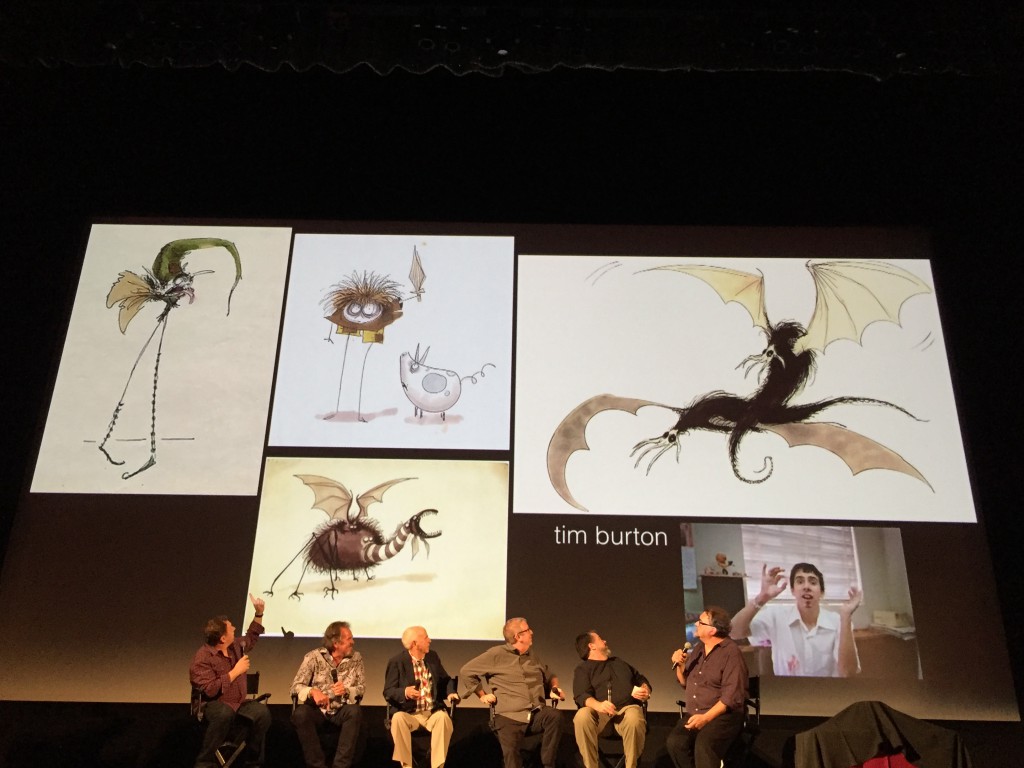 As the presentation went out, Hahn also showed the maquette for the cauldron and the magic sword and spent a few minutes talking about how this was the first use of CG and other special effects in any Disney film. Hale shared with us how color had to flow through the film and played such a special role and how he drew the first naked girl fairfolk that of course never made it into the film. One of those moments where you know you just heard a story that very few have heard came when Hahn asked Hale how John Huston came about as being the narrator at the opening of the film and Hale said, “Roy E. Disney suggested using him because he always wanted to meet John Huston.” But, as it turned out, Roy never got a chance to meet Huston because Hale spent the entire time talking to him about his war footage he had shot.

Richard Kraft talked about how Elmer Bernstein, the composer of the music for the film and someone he represented as an agent, came to work on the film and how Bernstein loved using the Ondes Martenot instrument, that created a “flying saucer” sound. He used it for both The Black Cauldron and Ghostbusters very heavily so the next time you watch The Black Cauldron you will now think of Ghostbusters. 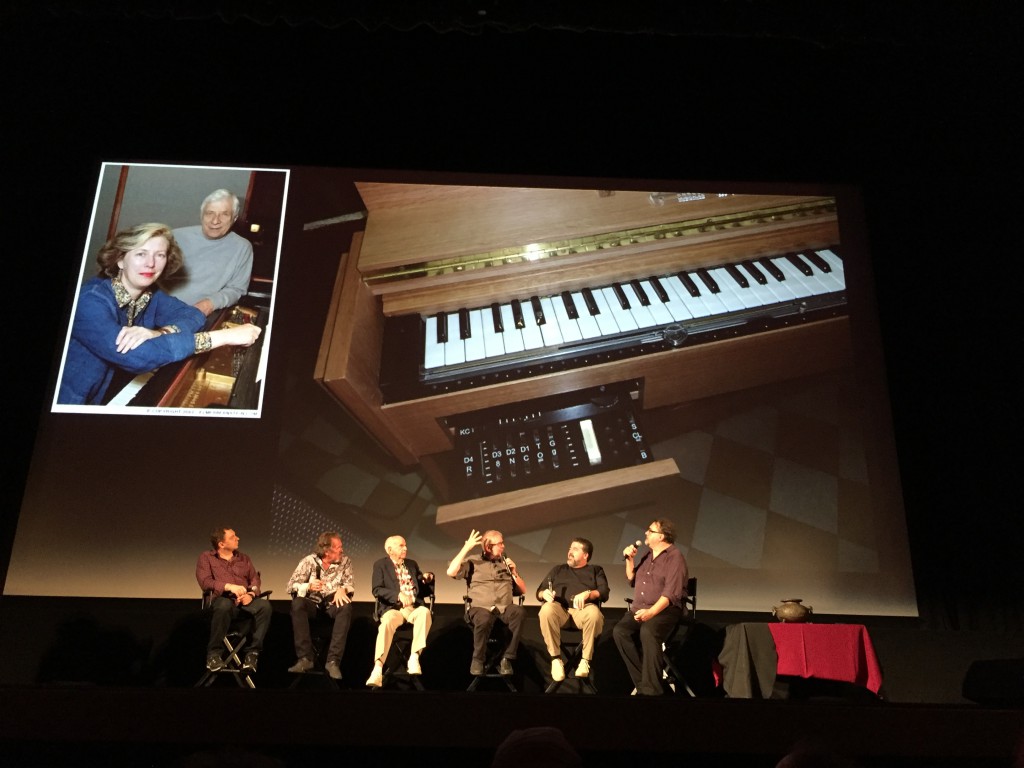 As the time grew closer to watching this lost “Disney Classic,” Hahn wrapped up by showing us a much talked about Fairfolk sequence that was cut from the film.

After the film, we were invited to the lower level of the theatre to see a display of the history of The Black Cauldron and pose for a photo op in the lobby. The last photo is some great Disney Bounders who really became the closest thing to a character meet and greet I have ever seen. 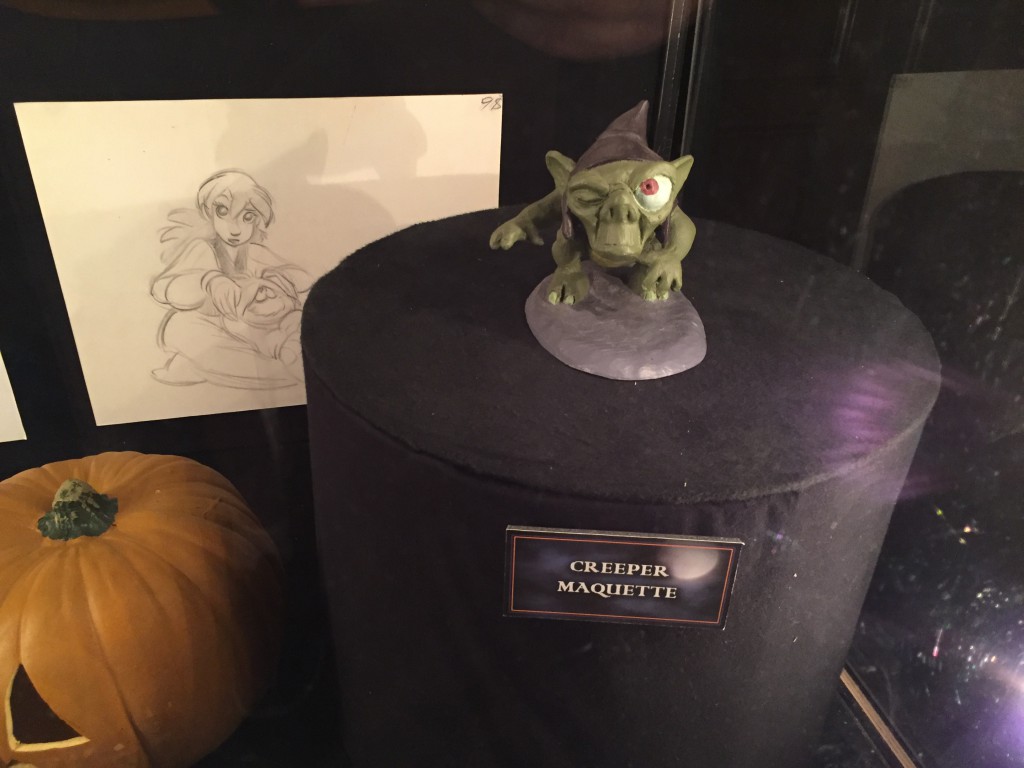 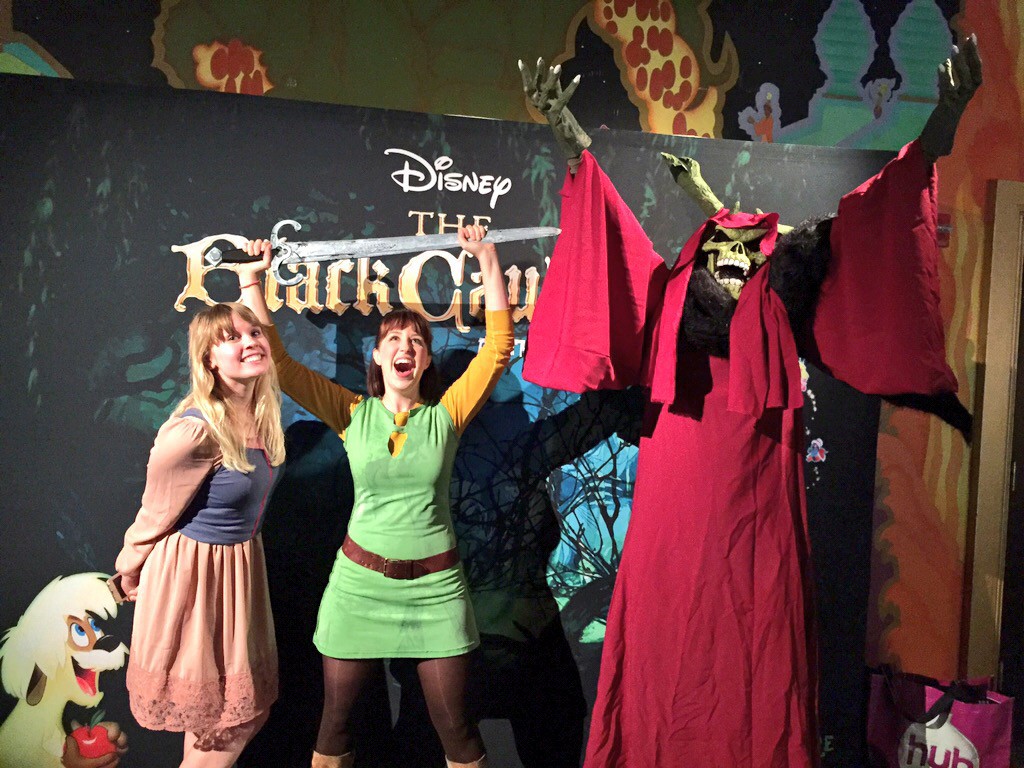 As for the actual film, it was great to see on the big screen but it is such a bad film. I don’t often speak ill of the past, but this film for its day had some great effects, most of which still hold up. But, even in its day, the story and pacing for the film are so off. Also *SPOILERS* any movie where the bad guy, the Horned King, loses because he essentially trips to his demise in the cauldron, somewhere along the way lost its battle with storytelling. One thing I really did enjoy is this film has not had the Blu-ray treatment, that is to say so cleaned up you can even tell it is hand drawn and you can still see the rough lines of the characters.