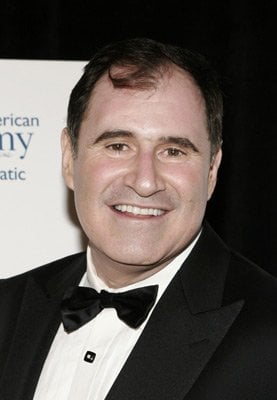 Richard Kind is a character actor you may recognize from shows like Spin City and Scrubs. You also might recognize his voice from his work in previous Pixar films A Bug’s Life, Cars, and Toy Story. However, this past summer he voiced a character that shot right into the hearts of children and adults alike: Bing Bong.

Doobie recently got to chat with Kind about working with Pixar over the years and what he thinks about his memorable but strange imaginary character:

Doobie: Richard, it’s great to talk to you. Thanks for taking the time for us today.

D: Just want to let you know I do love your work. I especially loved you on Mad About You. That’s one of my all time favorite shows so it really is a thrill to talk to you.

RK: Thank you very much. Thank you. It was a great show.

RK: I wish I had a good answer, but it’s not. I did not have an imaginary friend. I guess I don’t know why. 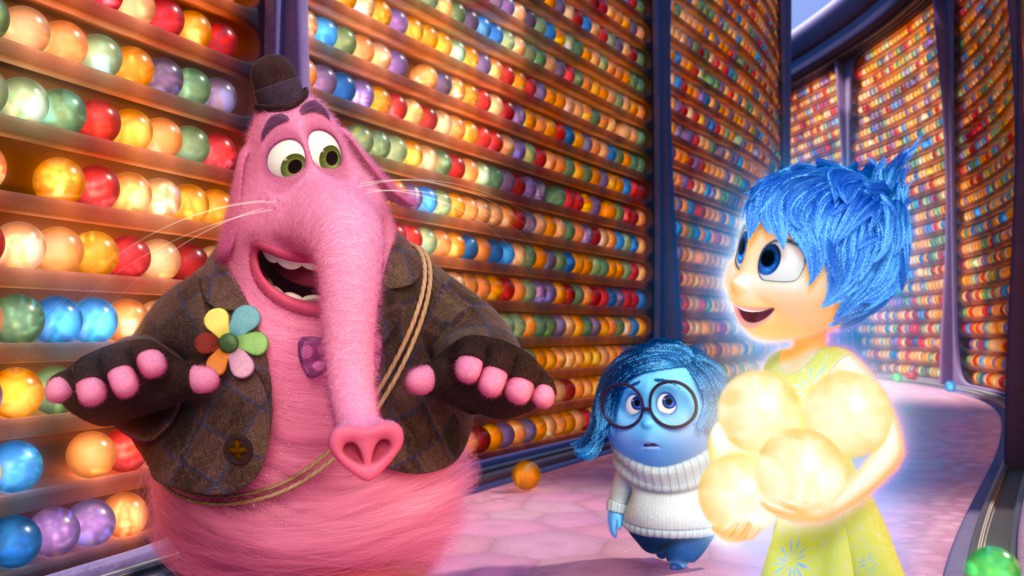 D: It’s okay, I don’t think I did either. Now, Bing Bong is kind of a hard character to describe so when you were doing him in your mind. What did you think of Bing Bong as in your mind as you were performing him?

RK: What I always looked for in him — I didn’t see a pink elephant made of cotton candy. I saw a friend and that’s really what I was acting and I got to act either with Pete Doctor or Ronnie Del Carmen. They would visualize that with me and that’s who I reacted to. I reacted to what they were giving me. I would also have to say that I reacted to… if there was a purity to this guy and a perseverance and a largehearted because he was such a good friend. He was an imaginary friend and there’s malice, there was nothing negative about him so it was very, very simple to act with a smile on your face.

D: Did you know when you were making the film that Bing Bong was going to kind of be held back as a surprise and not really used in the marketing?

RK: Yes, I did. Maybe the last session that we did… they took me aside. They were very gracious about it. They said, “Listen, here’s what we are doing with Bing Bong with the publicity because we want to make you a surprise.” I said, “Ditto.” They didn’t even have to justify anything. Yeah, even if they could have said nothing but, of course, them being the gentlemen that they are, they did say something and I was fine with it.

I didn’t realize that it was going to affect me until the whole cast went to Cannes and I did not go to Cannes. And I’m think, “Well, what movie am I ever going to be in that’s going to go to Cannes Film Festival?” But, needless to say, those guys know what they’re doing and I’m not just talking about the writing a movie. They were right. They kept me under wraps and your initial discovery of me is a powerful and it actually helps my performance if you don’t know anything about me. 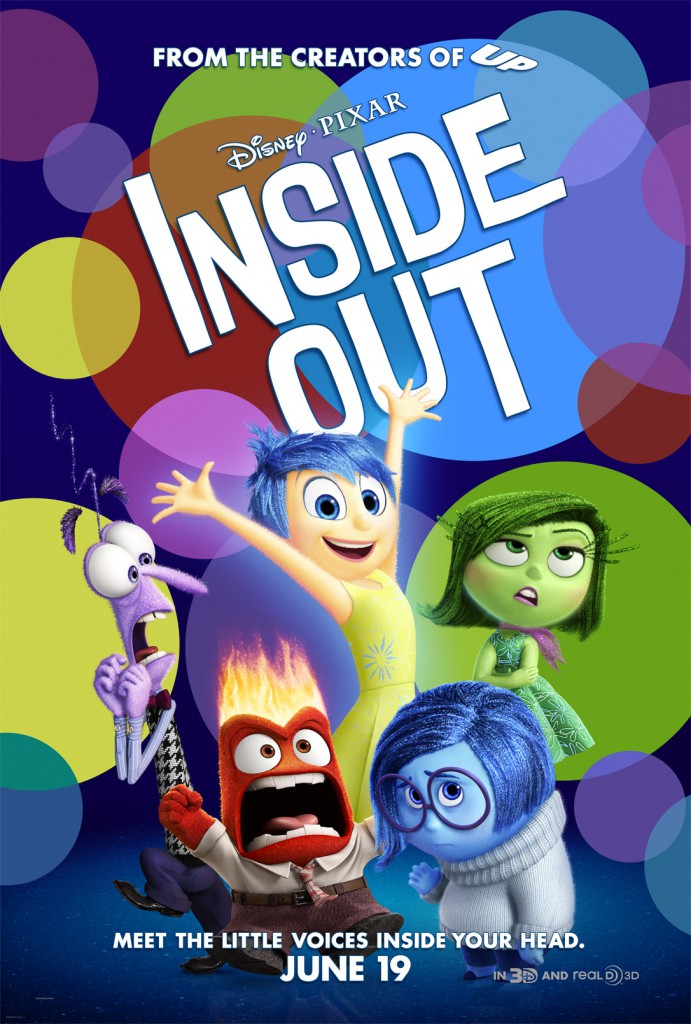 D: When you finally saw the finished film, what was your reaction to the movie overall and particularly to your character?

RK: Let me tell you the movie overall first. The movie overall I thought “Oh my God, I am so part of a masterpiece. Is this movie as great as I think it is? Is this just a special, special movie?” When I came home, I was saying to my wife, I said “I think this movie is great. A masterpiece. It is a special piece of work.” But I could be so wrong because it’s so intrigued and it’s not really, even though they made it linear, it’s not a linear movie because we don’t know about these evolutions, these memory balls and imagination land and the items. I’m thinking to myself, “I don’t know whether or not this is as good as I think it is but, if it is, it’s really, really good.”

D: And your reaction to your character?

RK: Who knew? I had no idea. I thought the lines were very funny. I got to deliver this every day, really is funny. Did I add one or two lines? Maybe, but I had no idea that it would hit people — especially the scene in the valley — would hit people the way that it did. And I cried, of course, while I was doing it and I cried when I saw it.

D: I wanted to ask you about that scene in particular since it’s kind of a death scene but not in the traditional sense, so what was it like doing that scene?

RK: I think you’re wrong. I think it is as traditional a death scene as you’ll ever get… It is “I will sacrifice myself for you,” it is the death scene that every actor yearns for. He is giving up himself so that someone else may live. It’s utterly beautiful. 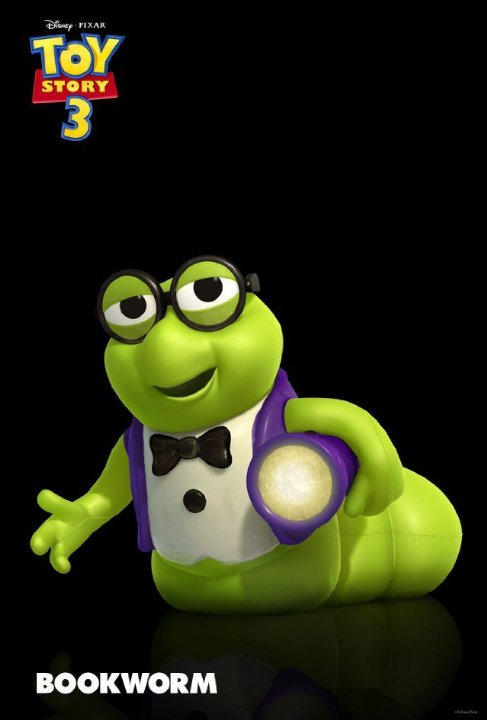 D: That’s beautifully said. I know you had some small roles in Cars and Toy Story 3, but is this your first major role in a Pixar Film since A Bug’s Life?

RK: I guess you would call it that. I think that Toy Story 3, it’s not a large part by any means, but it furthered the story a lot… Without my character, Buzz would never have become the Spanish, or turned off the Spanish style. You know what I mean?

RK: Yes, so being The Bookworm, I always say it may not be a large part but it is for the story and the story could not go further unless I’m there.

D: Having worked with Pixar, going way back to their second film, A Bug’s Life, all the way up through Inside Out, has it changed since they were just this start-up studio to now being the biggest, most successful studio of all time? Has it felt different working with them through the years?

RK: You know, it doesn’t but I think they’ve placed more constraints on the stuff because I think, since the very beginning, they worked as hard as they could to make the best product that they absolutely could and they continue that, but… I think that they think the consequences of them failing are greater. They just can’t think about, they can’t think about it.

They’re bold and you know they start out hoping to make the best movie that they possibly can without any sequels or any wanting to be remade. I think they want to set out to make a great movie and that’s the end of it.

D: Well, they certainly did with Inside Out.

RK: They certainly did but they think in their heart, what if this isn’t? In the early days, they’d go we’ll do it. What if it just never goes, we’ll do another one. But here it’s like we’ll do it and it better be great for us.

Inside Out is now available on Blu-Ray and digital HD!