There’s always tons of fun things to do during a visit to Florida’s Walt Disney World. Character meet and greets, heart-stopping thrills, delectable dining opportunities and world class entertainment can be found at every turn. However, for the theme park-weary traveler (is there even such as thing!?) looking for something a little off the beaten attraction path, the zany live entertainment and down home cooking at Pioneer Hall is the place to be! The Pioneer Hall’s rootin’ tootin’ Wild West show, Hoop Dee Doo Musical Revue, is family entertainment and country cooking at its finest. And just like almost everything at Walt Disney World, Pioneer Hall and Hoop Dee Doo Musical Revue, have an interesting history. So saddle up the horses, load up the wagons and let’s take a trip to Pioneer Hall. Yee-haa! 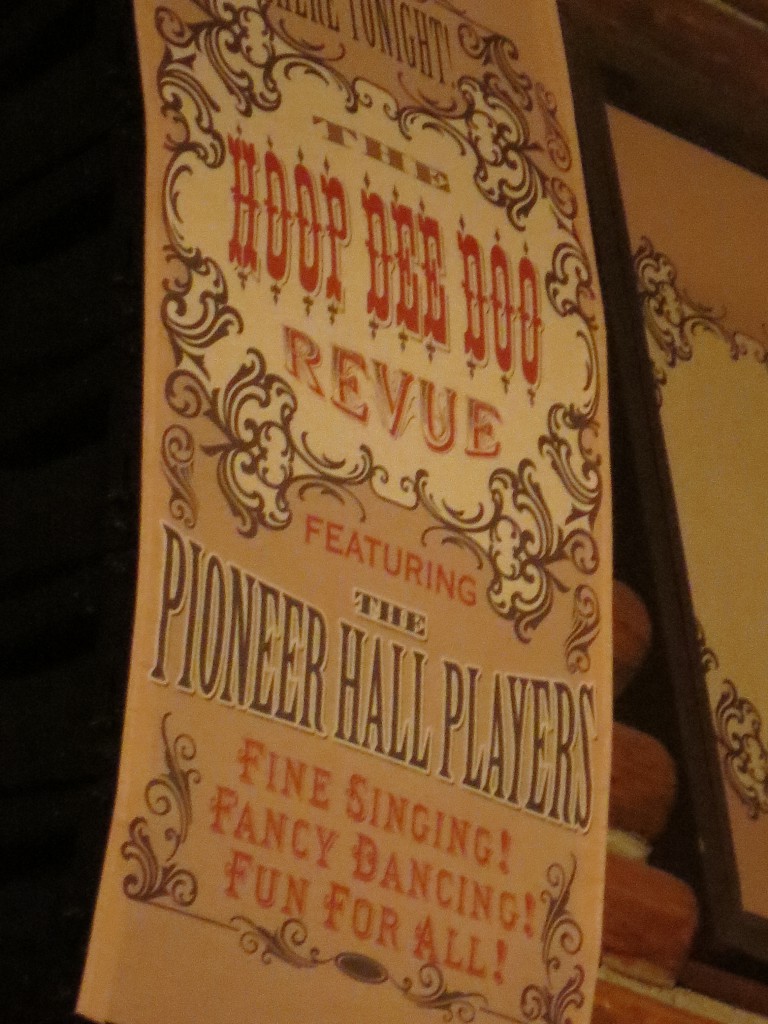 Located at Fort Wilderness Campground (on the south shore of Bay Lake and southeast of the Magic Kingdom), Pioneer Hall is designed to bring to mind the old American Frontier dance halls of the west. In this 362-seat theater, vacationers have flocked for over 40 years to see the comical, foot stomping Hoop Dee Doo Musical Revue. Considered one of the longest continuously running musicals in American theater, Hoop Dee Doo Musical Revue (and dinner) has been seen by more than 10 million park guests and it owes its existence to the hall it is housed in.

In 1974, Walt Disney World was in its infancy and, operating for only three years, executives were constantly on the look-out for fresh sources of much-needed revenue. In addition to searching for untapped financial assets, park executives were racking their brains trying to find new and inventive ways to keep park guests (and their money) on property after the Magic Kingdom closed for the day. Fort Wilderness was a prime realty location — close to the Magic Kingdom, accessible by different forms of transportation and lots of open land. The decision was made to create a new community center venue at Fort Wilderness Campground.

As blueprints developed, the community center became Pioneer Hall. Originally, Imagineering planned Pioneer Hall to be a community center that would feature nature lectures by noted biologists and other experts in the field. In addition to the lecture series, nature films such as the popular Walt Disney True Life Adventure series would be shown. Park executives were quick to nix Imagineering’s pitch, executives needed revenue and felt that no one on vacation would pay to watch nature films. Vacationer wanted entertainment, so it was decided that Pioneer Hall would be home to some type of musical show. However, no one was quite sure of the type of permanent show so the creative team began developing and casting for the temporary show — Hoop Dee Doo Musical Revue — and dinner show. 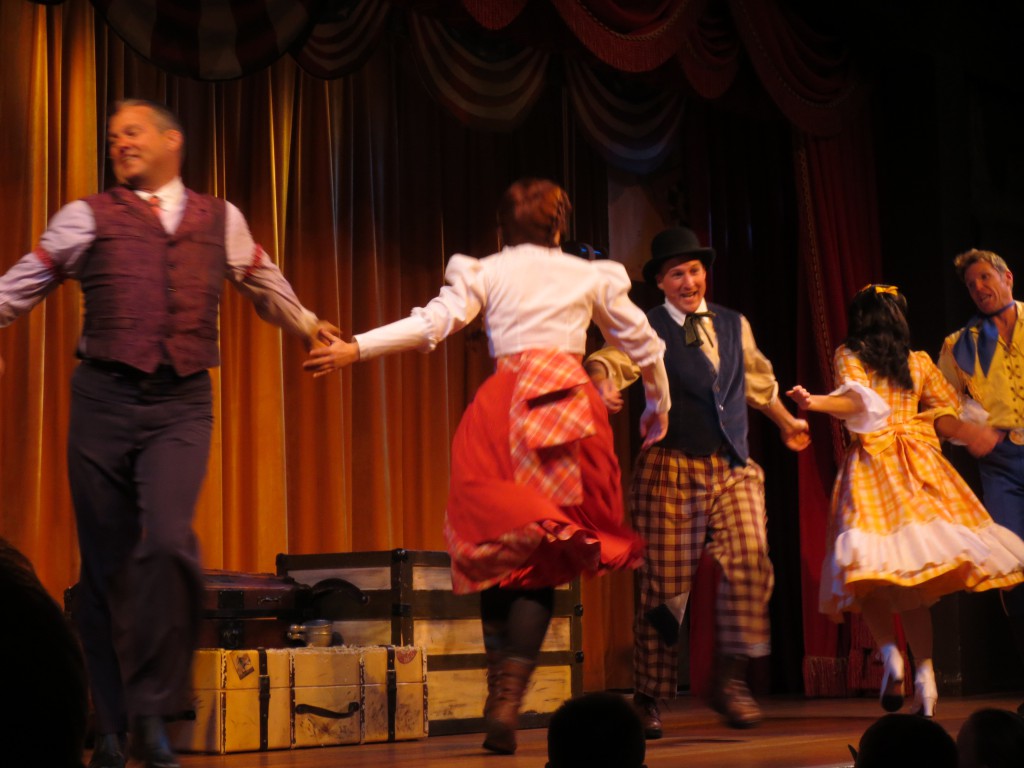 Hoop Dee Doo Musical Revue was only initially planned to last a few months until the permanent show was prepared. Because of the show’s temporary status, Disney casting looked to cast from the Disney World Fine Art’s College Program — a collegiate summer intern program between Walt Disney World and Cal Arts. Over 600 videotaped auditions were sent to casting for only six roles. The original cast of college students arrived at Walt Disney World in early June 1974 for intense rehearsals. Only three short weeks after the first day of rehearsal, the curtains opened on June 30, 1974 for the first performance of Hoop Dee Doo Revue.

Surprisingly, not much has changed over the years and many, many performances. Six Bits Slocum, Dolly Drew, Jim Handy, Flora Long, Johnny Ringo and Claire de Lune still show up at the hall every night, only now it’s three times a night opposed to two. The songs and dances are still the same although there have been just a few updated lyrics in order to stay current. The script is exactly the same as it was in 1974, except for one update: guests are no longer invited to stand on their tables at the finale. Now, guests are instead invited to wave their napkins above their heads with their bums firmly on a seat. The vittles have stayed true to country kitchen favorites of cornbread, side salad, fried chicken, smoked bbq pork ribs, mashed potatoes and baked beans. So what is the biggest change to Hoop Dee Doo Musical Revue, besides the cost? The dessert! Originally, homemade American apple pie was offered for dessert along with an accompanying song while it was being served. Currently, strawberry shortcake is in the spotlight and yes, this dessert also has its own lively dance number.

Next time you’re in Walt Disney World for dinner and looking for something just a little bit unlike anything you can find to feast on in theme parks make sure to check out Hoop Dee Doo Musical Revue. It’s a show not only replete in backstory, up-tempo dance numbers and corny jokes but also lip smackin’ food.