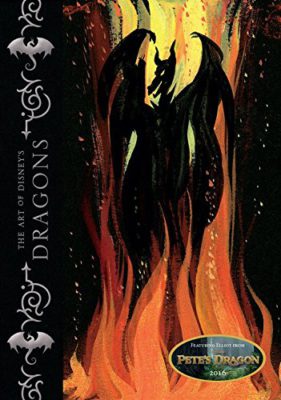 “A dragon, a dragon, I swear I saw a dragon!” This lyric from the song “I Saw a Dragon” originated from the 1977 musical version of Pete’s Dragon. Disney’s newest coffee table book, The Art of Disney’s Dragons, will have you singing it as you turn each colorful page.

The artwork in this book were provided by Disney’s Animation Research Library, the Walt Disney Imagineering Art Library, and the Walt Disney Archives, allowing it to chronologically present pieces from as far back as 1929. Most of the materials are concept art, although occasionally some final production artwork is used. There’s very little text to be found, but it features a foreword by David Lowery, director of Disney’s 2016 remake of Pete’s Dragon, and an introduction by Tom Bancroft, designer of Mushu from Mulan. 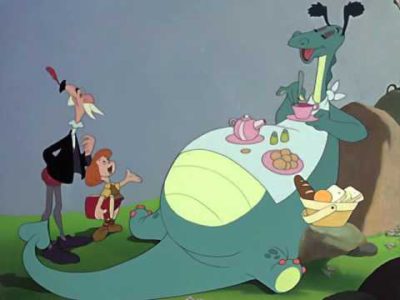 The cover features Maleficent from Sleeping Beauty, a fitting choice as most of the content comes from Disney’s animated features. A few obscure dragons from some early Silly Symphony shorts start the book, flowing into The Reluctant Dragon. Maleficent gets the most number of pages in this category, but there’s plenty of concept art from other films including The Sword in the Stone, The Black Cauldron, Aladdin, Hercules, Mulan and The Princess and the Frog. From that list, you may be able to guess that some of Disney’s dragons never had a moment of screen time. 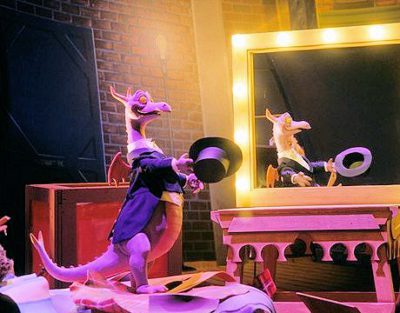 A surprising number of pages are devoted to concept art from Disney’s theme parks and resorts, with many of these blue sky ideas never leaving paper. The oldest pieces in this category come from Disneyland parade floats from the 1960’s. If the largest section of the book belongs to Maleficent, the second largest belongs to Figment from Journey into Imagination. Other theme park projects featured include Beastly Kingdom, World of Motion, WESTCOT, Hotel Hightower (Tokyo Disney Sea’s Tower of Terror), Mystic Manor and Shanghai Disneyland. 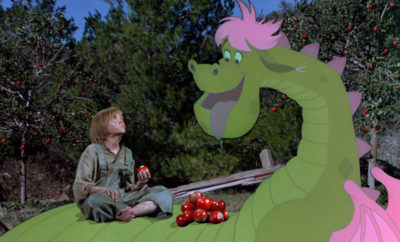 If the artwork isn’t recognizable from an animated film or theme park attraction, then it is likely from a live action film. The original Pete’s Dragon gets quite a bit of love in this category, as does the 2016 remake (a sticker on the cover leads me to believe this book exists solely as a promotional effort for that film). Other live action films highlighted include Dragonslayer, Enchanted, Alice in Wonderland and Maleficent.

The artwork is all presented in chronological order, which Tom Bancroft describes as a way to see the evolution of Disney’s dragons. Indeed, you can see that each preceding creature inspires the next in one way or another. And in David Lowery’s introduction, he explains why the new Elliot (intentionally missing a “t”) is the next step, and also reveals why he made him furry.

The Art of Disney’s Dragons 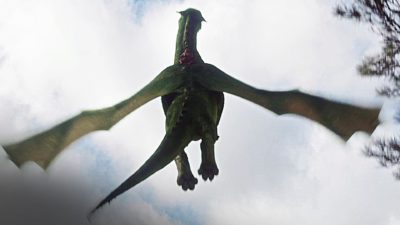 is a wonderful hard cover art book with a fabric binding. I was surprised by just how much artwork exists in this category, most of which I had never seen before. The pieces that fascinated me the most were the unrealized Imagineering artwork, particularly Beastly Kingdom. But as a huge fan of the original Pete’s Dragon, the real highlight for me is the classic artwork from the original film, which in turn made me more excited for the upcoming remake.