Was Disneyland’s “Legends of Frontierland” Game a Test for Star Wars?

It seems that the upcoming Star Wars land will take more from the Frontier than a parcel of land. This weekend, during a Disney Parks panel at Star Wars Celebration Orlando, a new level of interactivity and immersion was teased for the upcoming lands. Some of the buzzy phrases thrown around were that your choices would matter, you could control your destiny, and that you could even build a reputation for yourself. Near instantly, this vagueness called to mind an activity launched at Disneyland back in July of 2014 called Legends of Frontierland: Gold Rush. In that game, which I compared to LARPing, guests could choose whether they wanted to be on Team Frontierland or Team Rainbow Ridge (gee, I wonder what two sides a Star Wars-themed land could offer…), create character names, complete tasks or play games to earn currency to eventually buy property and, in turn, notoriety. While the premise of being able to become part of the Star Wars saga via a self-created character in a theme park is certainly appealing, if we’re looking to the Legends of Frontierland as a potential model, there are a few concerns. The first is that not all guests will want to participate. In the Frontierland game, it felt very optional to join, although you might be encouraged by a Cast Member to do so. That said, if you just wanted to grab a bite at the Golden Horseshoe or ride Big Thunder and ignore the whole hullabaloo, you were free to do so. However, during the panel, Imagineers presented the example that a guest’s experience on the Millennium Falcon attraction would have consequences after the fact. In that case, will guests really be able to opt-out as easily or will they unintentionally be drafted into something more than they bargained for?

This leads to my second concern: taking it too far. If day guests do end up being part of the story/game/whatever whether they realize it or not, how does that affect the service they’ll expect when they approach a Cast Member like they would anywhere else in the park? On that note, I’m less concerned about what Cast will do, since I assume they’ll quickly be able to spot a guest who a) doesn’t know what’s going on or b) doesn’t want any part of it — think of the 50’s Prime Time Diner as an example of CMs who know when to tone it down. However, I could see certain guests getting far too into the game and potentially harassing others while in character. In my mind, Disneyland is even more ripe for issue, as repeat visitors (AKA Annual Passholders) will surely rule the land. 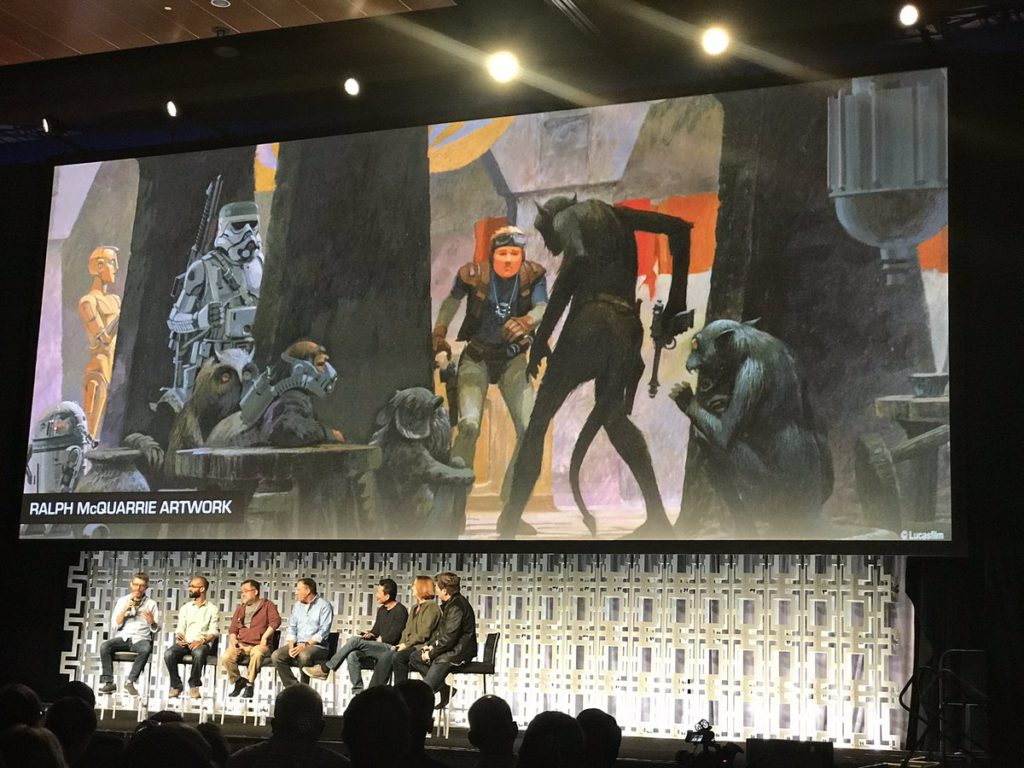 With those concerns aside, it stands to reason that the Star Wars version of this concept will be far more refined. First, while Legends of Frontierland included stick-on name tags and wooden bits as currency, one could easily imagine that some sort of MagicBand-esque technology would come into play to facilitate these functions — and perhaps even offer the “opt-out” switch I think will be necessary. Additionally, as teased, the Star Wars land initiative will include the attractions, taking the idea from what I dubbed a “Passholder distraction” in Frontierland to being the full-blown immersive experience Disney is seeking.

Obviously, this is all speculation and some reading between the lines at the moment, but it’s definitely interesting to think that a seemingly random game introduced nearly three years ago may have been the precursor to something much, much larger. So will end up seeing shades of Legends of Frontierland: Gold Rush in the Star Wars expansion? I guess we’ll have to wait until 2019 to find out for sure.