Early Reaction to Guardians of the Galaxy Vol. 2 Overwhelmingly Positive 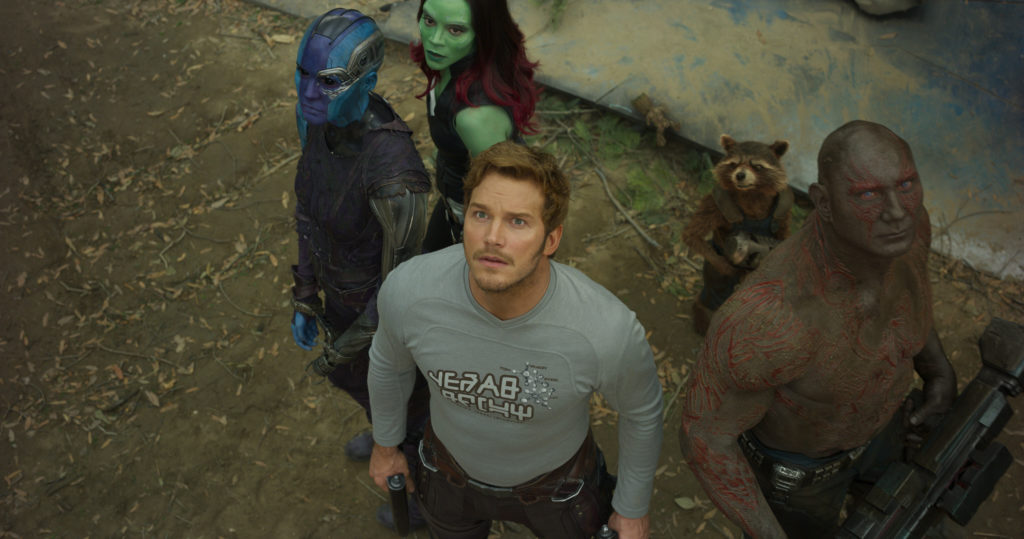 The first press screening of Guardians of the Galaxy Vol. 2 was tonight and it appears that Marvel has another hit on their hand. Though it wasn’t a huge surprise when it was announced that James Gunn is returning to write and direct the third installment, the positive buzz points to why Marvel was quick to re-sign him before the sophomore installment was released.

While the press can’t post full reviews yet, they are allowed to share social reaction. Many pointed to the humor, surprises any emotions of the film as strong points.

Guardians of the Galaxy Vol. 2 is filled with tons of surprises and an unexpected amount of emotion. Another Marvel winner.

GUARDIANS OF THE GALAXY VOL 2. is very fun. Takes the EMPIRE "split up your characters" strategy. Drax is a hoot. Baby Groot steals the show

Damn. I loved Guardians of the Galaxy Vol. 2. @JamesGunn is a hero and surprise faces steal the show.

GUARDIANS OF THE GALAXY VOL. 2 is exciting, funny, gorgeous & a helluva tearjerker. For many, it will become their new favorite Marvel movie pic.twitter.com/Po4ZOSPs8Q

Going in with through-the-roof expectations, Guardians Vol. 2 still left me wishing it was never going to end. I seriously loved it. pic.twitter.com/kMvGQCeRiS

Mantis and Drax steal the movie. The music on Awesome Mix 2 is great and has some deeper tracks than vol 1.

Had tons of fun with Guardians of the Galaxy 2. Incredibly funny, beautifully colorful, and great continuations of the heroes. Super happy!

Holy smokes was Guardians of the Galaxy, Vol 2 fun! I had a smile plastered on my face nearly the whole time. Tons of Easter eggs too. pic.twitter.com/558Q7nw8yN

Don't think I've heard so much laughter at a press screening. People seemed to really be digging Guardians Vol. 2. Can't say more (yet)

GUARDIANS OF THE GALAXY 2 kept a smile on my face from beginning to end. Funny, action packed, emotional, and tons of surprises. Thumbs up. pic.twitter.com/aIz7Redwin

I just saw Guardians of the Galaxy Vol. 2 and… that's all I can say right now! pic.twitter.com/cjXZSyYHCJ

Of course, some reporters shared the answer that comes at any Marvel screening… what about post-credits scenes?

Guardians of the Galaxy Vol. 2 has FOUR post-credits scenes. pic.twitter.com/lnewgIr0V6

And just for good measure, Jeff Sneider from The Tracking Board, brings us all down to earth.