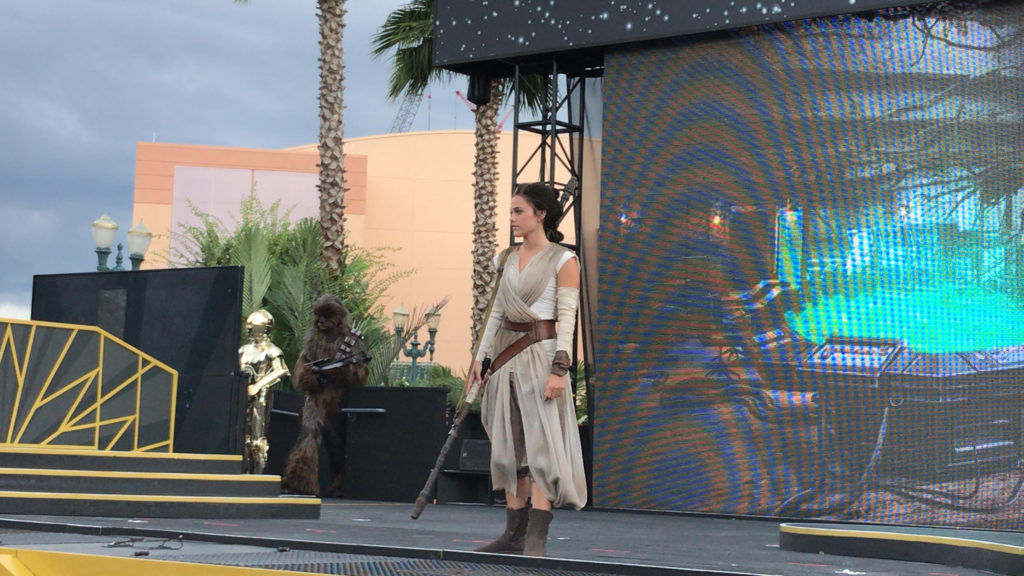 While that plan, appears to have been tabled, the show did reopen with a noticeable new addition. Rey, from The Force Awakens, has replaced BB-8 in the finale. She strikes her pose from the end of the film where she presents a lightsaber to Luke Skywalker. 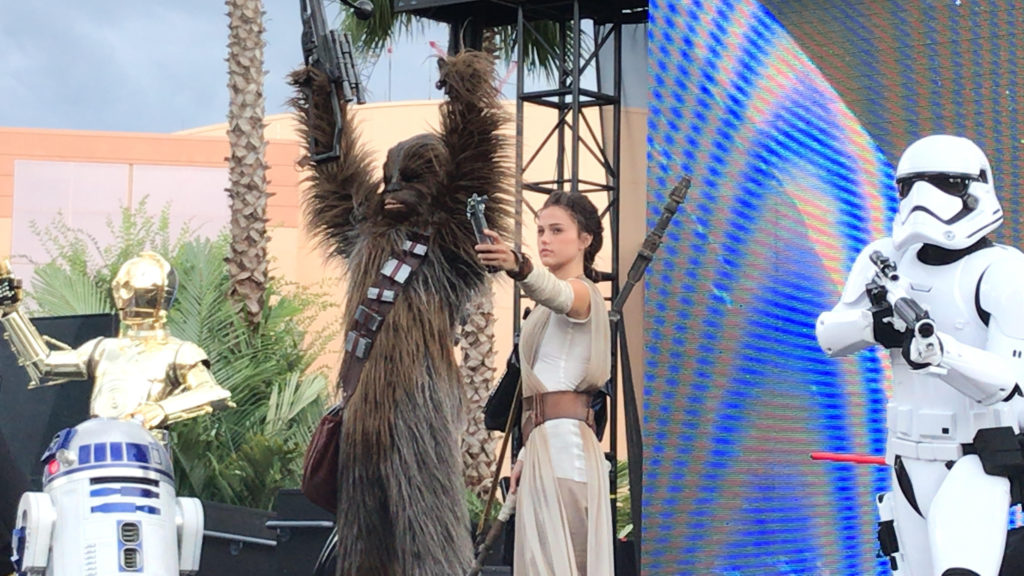 For the record, BB-8 still meets guests at Star Wars Launch Bay, where he made his meet-and-greet debut in April.

Rey will be seen in the upcoming Star Wars: The Last Jedi and plays a central role in the Forces of Destiny short-form content which debuts on youtube.com/disney on July 1.