Thor is not my favorite character from the MCU and I was not a fan of the first two movies, but I really am excited to see the third film, Thor: Ragnarok. The trailers just look so cool, and seeing costumes from the actual movie intrigued me. It’s a blockbuster movie, and I was surprised to find the actual costumes in the film (as the employee told me standing near) were propped up out in the open on the main convention floor. I would have thought they would have at least got a separate room from the convention floor. But there was little to no line, and I got to walk up only a foot away and see everyone’s main outfit from the film. 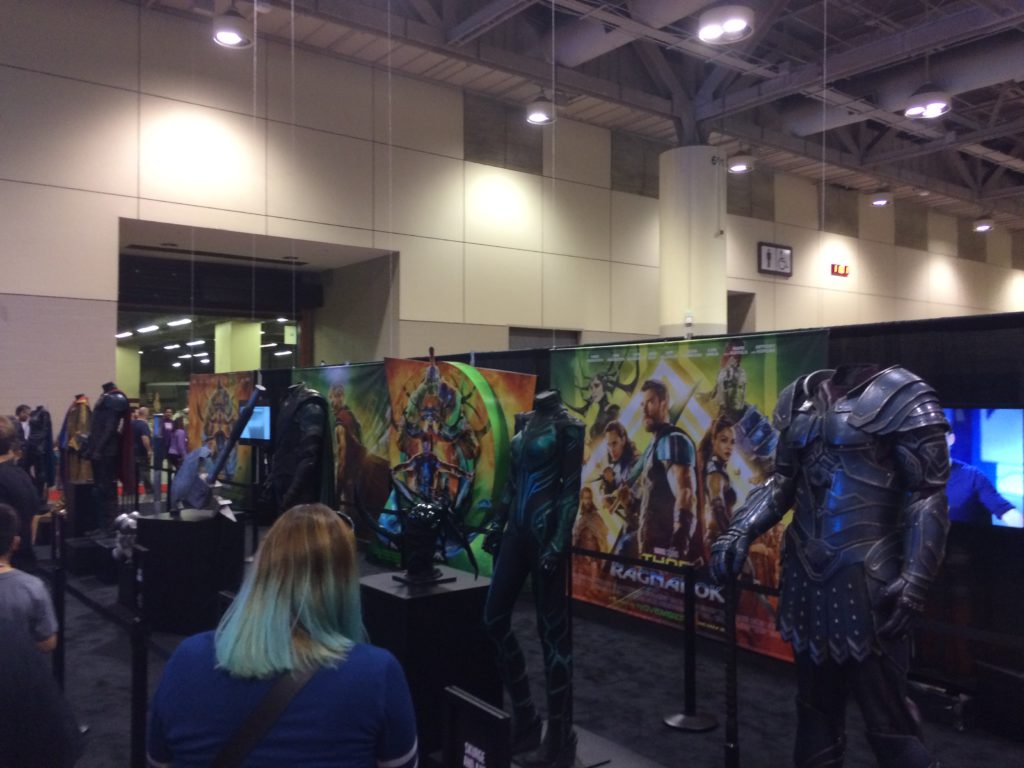 It took me a moment to take in what was in front of me. With multiple posters from the upcoming film projecting color and light into the area, the costumes seemed lonely with little to no information, except a label for the character’s name. I took my time and stared intently at each piece of clothing.

First was Skurge’s armor and axe, the villain played by Karl Urban. It looked impressive. Next was the outfit and headdress from Hela, played by Cate Blanchett. Judging by the costume, I wouldn’t want to get on Hela’s bad side. 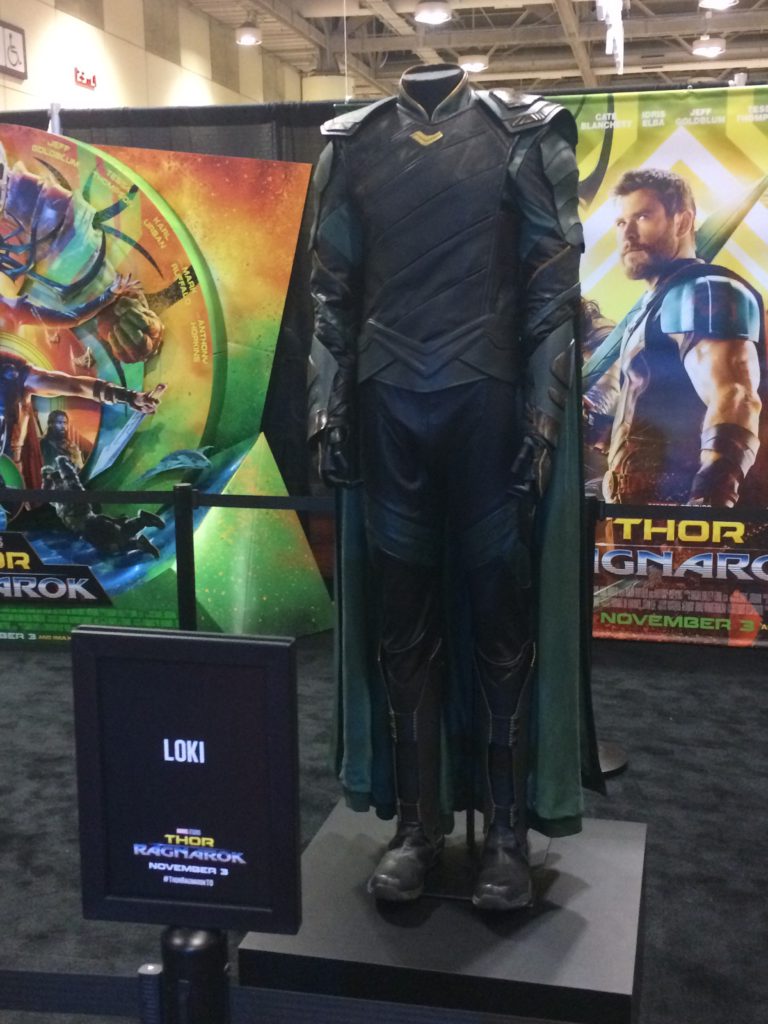 The trickster god Loki has a prime spot. It can’t be a Thor movie without Tom Hiddleston.

There were no costumes for the CGI Hulk, but we did get to look at his weapons which he will yield in the arena. I do not want to get hit by his axe and hammer. Thor’s helmet and sword followed Hulk’s weapons. The standard outfit for the Norse god.

Grandmaster’s bright blue and gold robe followed Thor. I imagine this is something Jeff Goldblum loved wearing. It looks comfortable. To finish off the row of items was Valkyrie’s costume and her daggers.

It was fun to look at these movie outfits, and to think that these are the actual ones used in the movie including Hulk’s hammer and axe was cool. However, I felt like there wasn’t much thought put into the display.

Being out on the open convention floor didn’t seem to be the place for these one-of-a-kind items. I would have dedicated a room to all of the costumes and staged them throughout the room with some image of the characters that wore them from the movie. Perhaps a short clip of the characters wearing the items would have helped viewers have a better context at what they were seeing.

I also would have grouped them together, like Vela, Loki, and Skurge in one area, while Hulk and Thor in another and Valkyrie and Grandmaster together. A convention floor is a busy place and it would be easy to pass by the wardrobes and miss out. 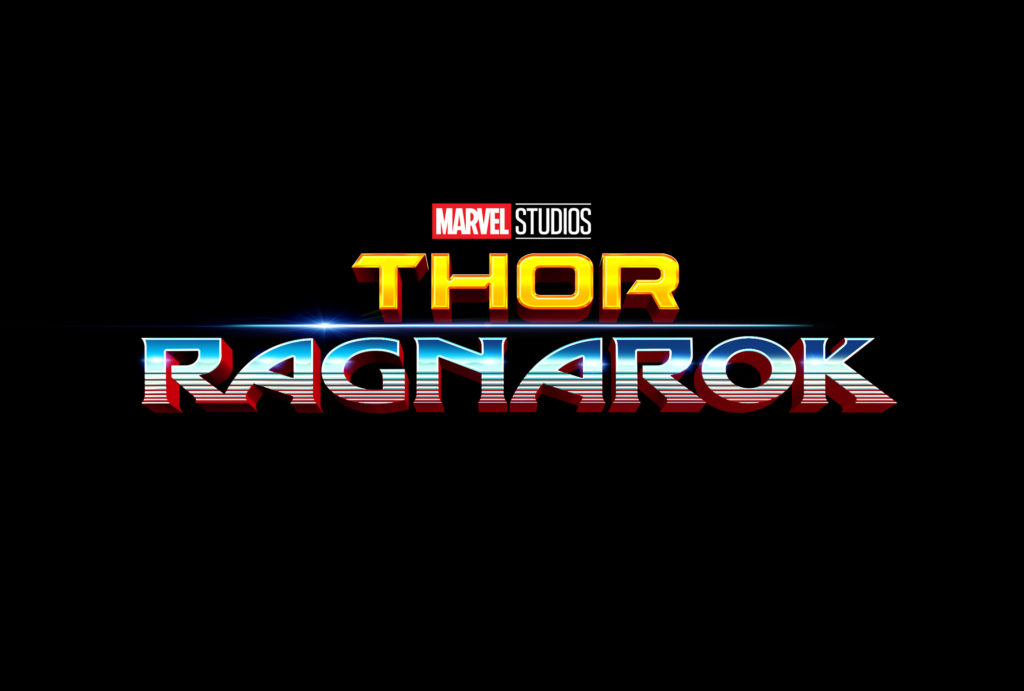 While I took in the view of the costumes, I couldn’t help but notice how cold they looked, like they weren’t actual clothing. With the exception of the Grandmaster’s outfit, you wouldn’t believe that the items in front of you are what people wore in a movie. They seemed to be lacking life and color. Even with Vela’s green design on her outfit, they seemed like abstract objects with no place in the world. Perhaps it really takes people to bring the clothes to life.

I look forward to seeing them live on the big screen this fall, and I think the Thor: Ragnarok costumes were a hidden gem at Fan Expo Canada 2017.