2017 Disney Turkey of the Year 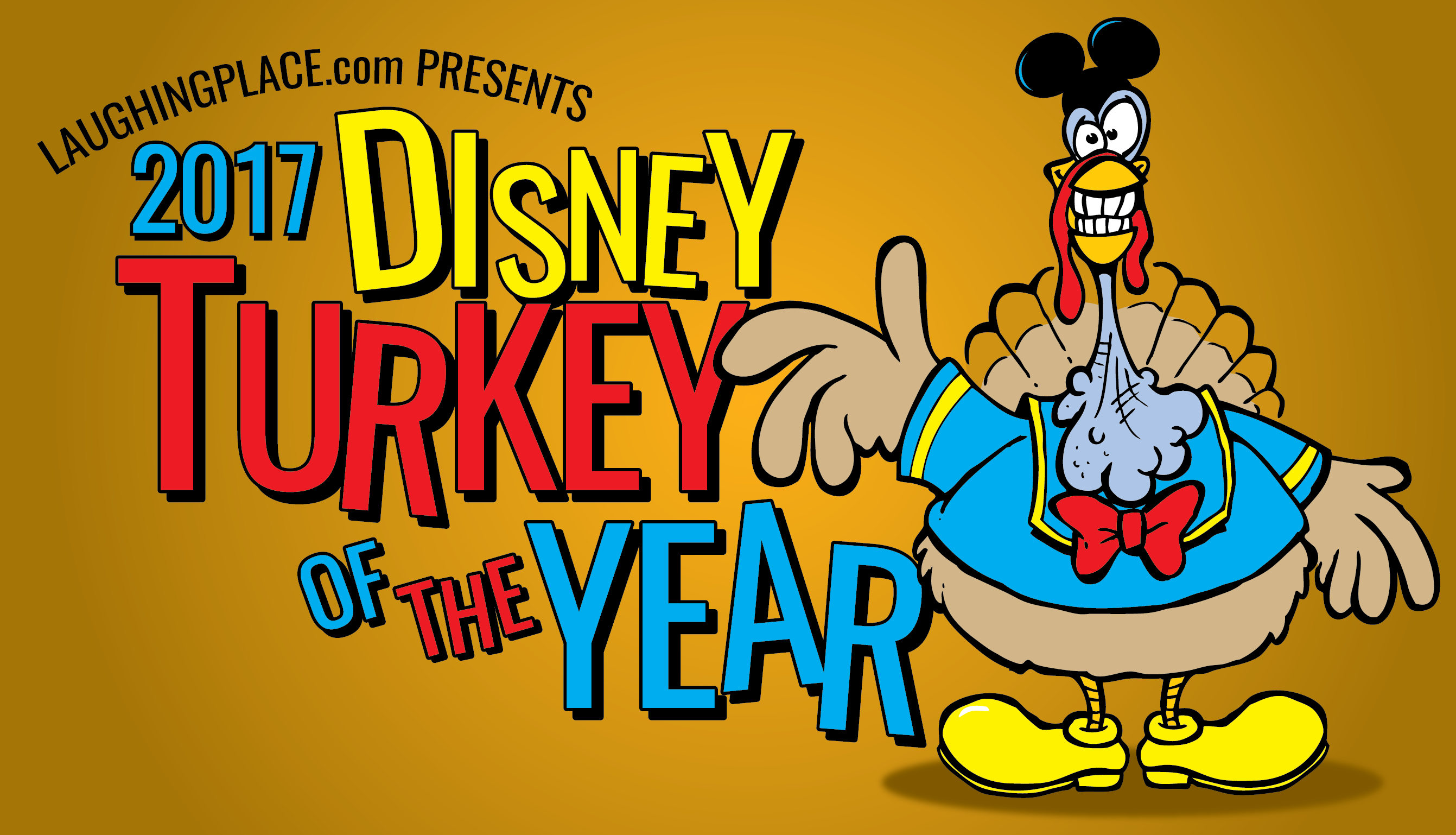 It’s the moment you’ve been waiting for all year — Laughing Place is ready to crown the 2017 Disney Turkey of the Year! This year saw many Disney successes, including the continued dominance at the box office and the well-received opening of Pandora: The World of Avatar at Disney’s Animal Kingdom, but there are always a handful of missteps along the way that we’ve collected as our nominees. As usual, we’ve whittled down these embarrassments to five, with only one of them being named our 2017 Turkey of the Year.

Before we reveal our champion, let’s take a look at the nominees and why each one made our list. Editor’s note: the nominees for this year’s Turkey of the Year were compiled on Monday, November 20th.

In recent years, ESPN has been a bit of a drag on The Walt Disney Company. Thanks to expensive deals with the leagues they cover and the advent of “cord cutting,” the network has been a persistent topic during Disney earnings calls and had to make some major staff cuts earlier this year. Of course, these issues aren’t exactly new; what makes ESPN a nominee in 2017 are the headaches they’ve incurred in the current political climate.

These controversies came to head this fall when the network first declined to discipline anchor Jemele Hill for calling President Trump a white supremacist on Twitter — a matter in which Bob Iger himself said he intervened. However, less than a month later, Hill was suspended for two weeks after a series of posts seemed to suggest she was calling for a boycott of the NFL. And, speaking of the NFL, there’s been much talk about how protests and counterprotests in that league may be affecting ratings, which in turn affects ESPN.  Bottom line: with sports and politics intersecting, there seems to be no winning in Bristol. In June, the entertainment industry and nerds everywhere were shocked when Lucasfilm announced that Phil Lord and Christopher Miller would be stepping away from the then-untitled Han Solo spin-off film. What made this so surprising was that the film in question was deep into production. Moreover, with Lord and Miller coming off their acclaimed Lego Movie stint, hopes had been high for the Solo project and the tone the duo would bring. A few days later, Ron Howard was officially brought on to direct and things seem to be smoothed over, although we won’t know for sure until Solo opens in May of next year.

Then, in September, it was deja vu all over again when news broke that Colin Trevorrow would no longer be helming Episode IX. This situation was a bit different in that the film wasn’t in production at the time, but the pattern this dismissal presented still raised some eyebrows. While the subsequent announcement that proven commodity J.J. Abrams would return to close out this trilogy delighted some, others started to wonder if Lucasfilm was playing it too safe with the franchise and proving hard to work with. With a slew of saga installments on the way — including a new trilogy and a TV show that were recently announced — this is likely a debate we’ll be hearing a lot of over the next several years. 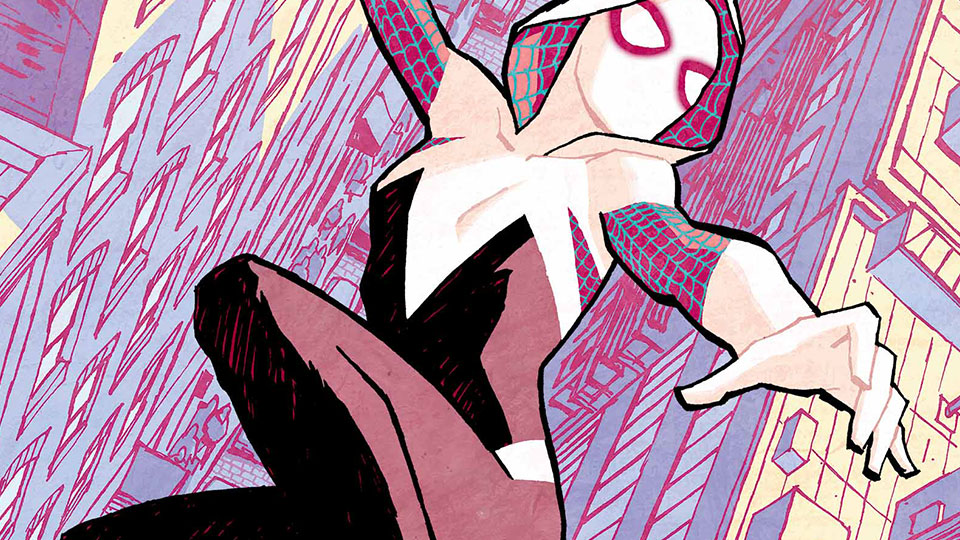 While Marvel Studios has been kicking butt at the box office, Marvel Comics disclosed a slump in sales this past March — but that’s not what landed them on this list. In explaining the reason behind the lowered sales figures, Marvel’s Senior Vice President of Sales and Marketing, David Gabriel, said candidly, “What we heard was that people didn’t want any more diversity. They didn’t want female characters out there.” Needless to say, this statement was not well received and forced Gabriel to walk back his comments. In a later statement, Gabriel assured fans that newer titles like Squirrel Girl, The Mighty Thor, and Spider-Gwen weren’t going anywhere, adding, “We are proud and excited to keep introducing unique characters that reflect new voices and new experiences into the Marvel Universe and pair them with our iconic heroes.”

To be fair, even in his original remarks, Gabriel seemed to be voicing frustration that the company’s big swings didn’t seem to be hitting and not necessarily poo-pooing those characters. Still, it wasn’t a great look for anyone at Marvel.

In case you hadn’t heard, the times are a changing down in Anaheim. While the Disneyland Resort has typically enjoyed an amicable relationship with the city it helped put on the map, some newly-elected city council members along with the current mayor have taken a much more antagonistic stance on the Mouse in recent months. This, in part, led The Los Angeles Times to pen a two-part series exploring the Disneyland Resort’s business practices and how they affected the city of Anaheim at large. Apparently Disney wasn’t too thrilled with the Times’ take and, this November, barred the paper’s film critics from screening Marvel’s Thor: Ragnarok.

News of this media blackout was first explained to readers of the Times with a note placed where a Ragnarok review would normally be. Then, after Twitter lit up over the matter, other publications began condemning the move and asserting that they would stop covering Disney releases until the L.A. Times was able to. Additionally, some critics groups preemptively disqualified Buena Vista releases from making their annual lists unless the situation was rectified. Naturally, after what Disney described as “productive discussions” with the paper’s leadership, they restored the Times’ credentials… but the damage was already done. 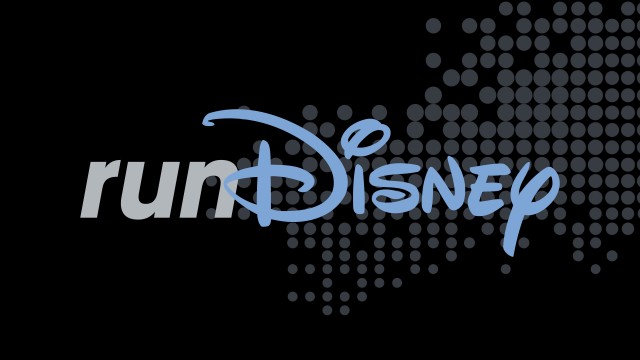 After months of sign-up delays and no news from runDisney, the hammer fans were expecting for some time finally fell in October when it was announced that the Disneyland Resort would halt all races starting in 2018. In their statement, runDisney cited the upcoming construction that would be taking place at the resort as the reason for the hiatus. Admittedly, while this seemed like just an excuse at the time, it became more understandable when plans for a new hotel at the edge of Downtown Disney were announced a few days later. However, it is telling that Disney was touting the fact that such races bring $20 million to $30 million in revenue to Orange County when discussing their (temporary?) departure. In any case, this is a disappointing development not only for runners in California but also for those around the country who enjoyed collecting their Coast to Coast Challenge medals each year. There’s a certain irony in making our Turkey of the Year about a beef, but Disney really cow-pied the bed on this one. Not only did their decision to ban the Times from screenings bring more clicks to articles they didn’t like but also made them look disturbingly authoritarian at a time when free speech and freedom of the press are hot topics. It’s actually hard to imagine how they ever thought such a stunt was a good idea, which is rare for a company whose decisions, while unpopular at times, typically have some followable logic behind them. Ultimately, while ESPN can still rebound, the Star Wars director shifts might be for the best, Marvel Comics can pull its foot out of its mouth, and runDisney can return to the west coast, this embarrassing power flex that backfired could well haunt the company for years to come — a deserving turkey, indeed.