Avengers: Infinity War comes to theaters on Friday, April 27th. On Sunday, April 22nd, the stars of the film along with the directors and Marvel Cinematic Universe show runner Kevin Feige held a press conference in Beverly Hills (it was a very big stage!) The only notably absent actor was Captain America, Chris Evans;

The surprise moderator was the Thor: Ragnarok Grandmaster himself, Jeff Goldblum. In character, Goldblum pulled ping pong balls out of a hopper to choose question recipients to make sure everyone got a question asked of them. 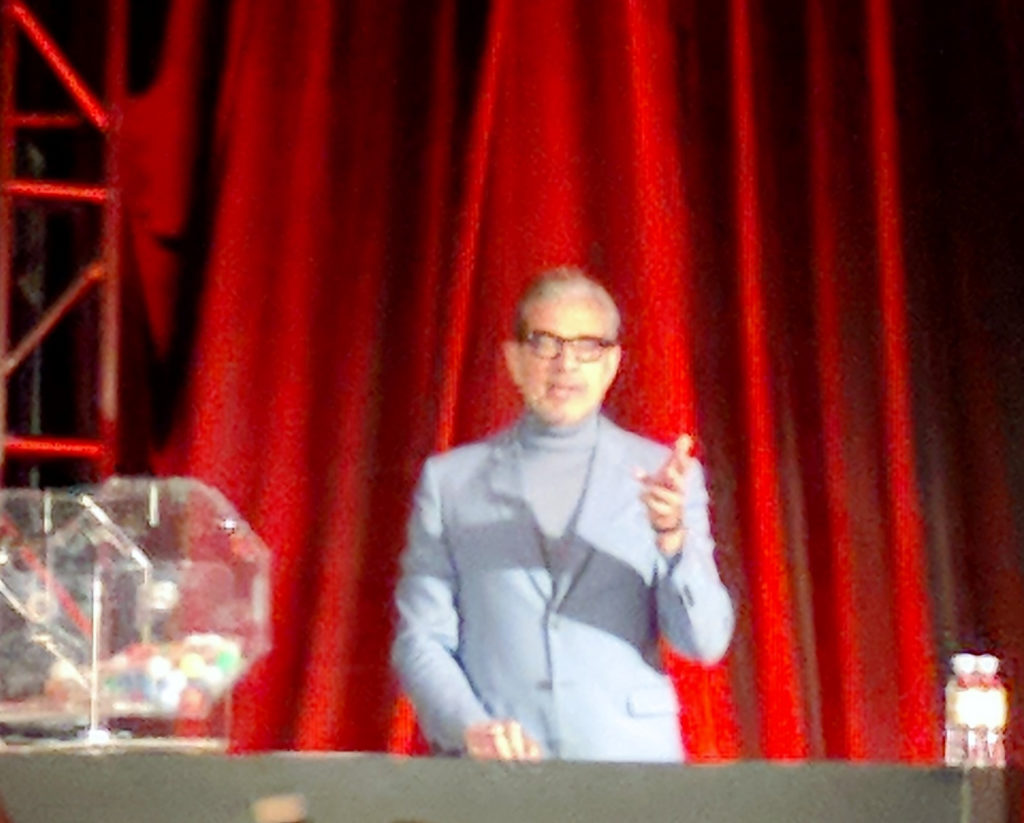 What was particularly interesting about this press conference is no one in the audience nor any of the actors on stage had seen the final film (the actors were going to the premiere Monday night). So instead of insight into Avengers: Infinity War, we more often got insight into the actors behind the characters and their charm and personality. Given the importance of chemistry in the Marvel series of movies, it was easy to see why this group of people has been so successful.

Here are my five favorite moments from the Avengers: Infinity War press conference, plus one more – just for fun.

As luck would have it, Robert Downey, Jr. got the first question. He made it fun, he makes everything fun. Warning – a tiny bit of bad language in this one.

Ever seen some of the outtakes from the Marvel films? My favorite is Anthony Mackie’s “Cut the Check” montage. It’s clear this is not someone who just blends into the background. He made that clear on Sunday and finished it with a mic drop.

Not to be outdone, Josh Brolin, used a question about how he looked impressed with other people in the trailer, to take on Mackie. Warning – this involves naked talk.

Apparently, the original female member of The Avengers is tired of being asked questions about what she wears. She made that very clear when a reporter from China asked her about fashion in the film. After doing a bit of complaining, she actually gave a very funny answer.

We already mentioned the actors could say almost nothing about Avengers: Infinity War. So Chris Pratt basically ignored the question to him and talked about something else that was on his mind.

Avengers: Infinity War hits theaters on April 27th. You can pre-purchase your tickets now on Fandango. The movie is directed by Anthony Russo and Joe Russo and stars pretty much everyone who has ever been in a movie.