We are a little bit closer to learning the back story behind one of cinema’s favorite characters: Han Solo. From the moment we met the sarcastic, smart-mouthed, smuggler in A New Hope audiences have embraced him and his Wookie pal, Chewbacca. In just ten days, fans nationwide will get to meet these two friends and watch their story unfold. Solo: A Star Wars Story marks the second stand alone film in the Star Wars franchise. Hardcore fans have high expectations for movie. Will it deliver? You’ll have to decide that for yourself, but until then, here is what critics are saying on Rotten Tomatoes. Additionally, you can check out Kyle’s spoiler free review. 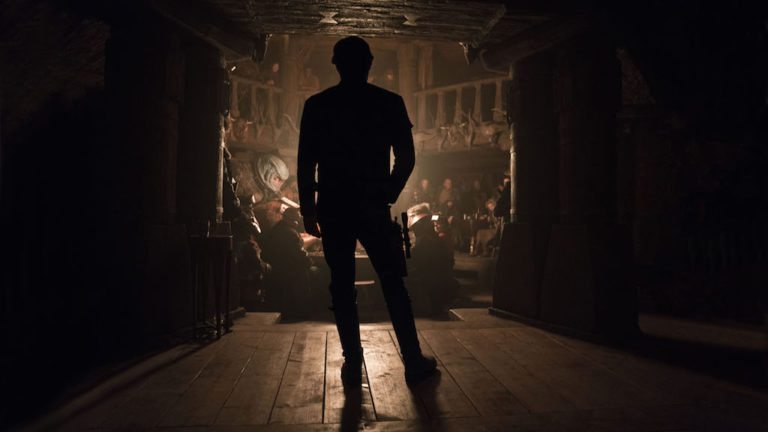 Mark Daniell of the Toronto Sun had this to say about Solo:

The film, which looks at the early years of the most beloved space scoundrel in the Star Wars universe, does precisely what it is supposed to do by taking us on a non-stop thrill ride that’s a blast from start to finish.

But only a glimmer of the hardassed charmer that Harrison Ford immortalized finds its way into this episode. Howard and the Kasdans play the series game without ever raising the stakes, defaulting to dull and dutiful when they might have blasted off into creative anarchy.

It gets off to a slow, muddy, grimly predictable start—but Solo is ultimately, thankfully, one of the good ones. It ought to be: as a movie taking on one of the most likable, movie-star handsome, archetypically familiar characters in the entire galaxy, this would seem a tough property to mess up.

Walter Chaw of Film Freak Central was a more than a little disappointed:

Solo is ‘prequel bad,’ and as anyone who really loves this franchise knows, there aren’t a lot of things worse

Matt Singer of Screen Crush comments on the supporting cast:

Glover is hilarious as Lando — and not in nearly enough of the film. Bettany is a seductively charming psychopath as Vos, but his part is also dwarfed by Harrelson’s, who’s mostly going through the motions as Beckett, the guy who taught Han everything he knows about smuggling. Clarke gets to wear some of Star Wars’ most fabulous costumes, and little else.

Mashable’s Angie Han points out the differences between Ford and Ehrenreich:

Solo: A Star Wars Story gets the job done with little fuss, but also with precious little finesse:

Chris Nashawaty of Entertainment Weekly notes that fans will enjoy the film:

In other words, it’s pure fan service. And if that’s what you’re after, then you’ll be more than satisfied. If, on the other hand, you’re looking for the sort of jaw-dropping visual grandeur and epic poetry of The Last Jedi (not to mention the original trilogy), then you’ll probably be a little nonplussed. Solo feels like a placeholder, a wafer-thin palate cleanser before the next big course. It’s the very definition of “solid” and “competent.” Nothing more, nothing less.

Overall, don’t get a bad feeling about this. You may even laugh it up, fuzzball.

Solo is a straightforward piece of pulpy entertainment with some very agreeable performances from Ehrenreich and Glover, who seems to be having the most fun of all the actors in playing up Lando’s suave demeanor, and fun classic Western flourishes, despite the excessively big action sequences.

Matt Zoller Seizt of RogerEbert.com gives it the thumbs up:

It’s checklist mythology, but thankfully served up with enough panache to make the trip engaging.