Today, we continue looking at some of the Pixar attractions that have populated the Disney Parks over the years in Laughing Place’s quest to prepare for the opening of Toy Story Land and the release of The Incredibles 2. Today’s journey begins with Block Party Bash, a parade that celebrated a lot of different Pixar properties. However, Block Party Bash did not have the feel of a true parade because it was primarily built around show stops. It was a still a lot of fun, but its main purpose was to pave the way for one of Disney’s longest running parades, the Pixar Play Parade. Debuting in Disney California Adventure on March 14, 2008, the Pixar Play Parade stuck around the park for nearly ten years. This parade managed to navigate its way through multiple hiatuses and massive upheavals to the park as a whole, so its longevity is a testament to the fun that it has provided guests. The Pixar Play Parade actually took its theme song from Hong Kong Disneyland’s former parade, Mickey’s WaterWorks. This parade celebrated fun in the sun, something very familiar to visitors of the Disneyland Resort. With lands like the former Paradise Pier and Sunshine Plaza, it is extremely fitting that they would continue that theme in the Pixar Play Parade, even if very few guests would realize the song was from Hong Kong and what it meant. 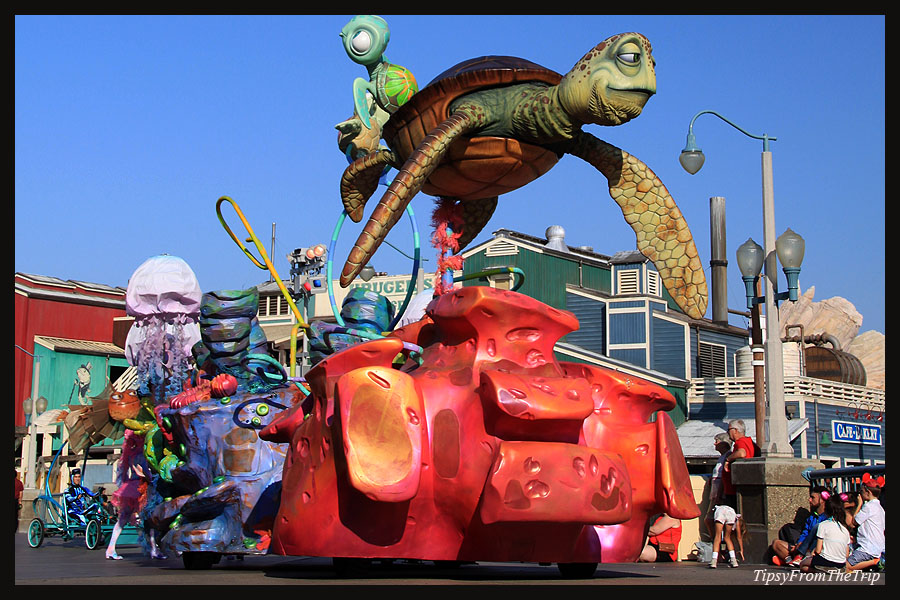 Pixar was at the height of its power when the Pixar Play Parade debuted, having just released Ratatouille, and with WALL-E and Toy Story 3 soon to come. The time was ripe for the parade, helping the parade become the success that it was over the years. Personally, I remember being upset when the Block Party Bash came to an end, but then I got to see the Play Parade, and I was instantly impressed. 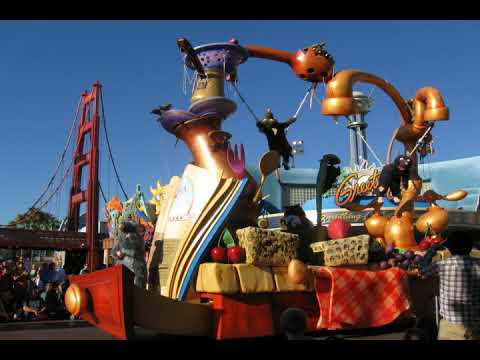 When the parade debuted, it managed to represent every single Pixar movie that had been released until that point. Unfortunately, it has been hard to keep up with that trend over the years, but seeing Ratatouille in a parade was pretty fantastic. Sadly, Ratatouille did not last long, disappearing after the parade’s hiatus from January 4, 2011 until June 15, 2012. There was so much construction at the time that the parade could not make its way through the park successfully. When everything reopened, the Red Car Trolley cables had been added, a major win for the park, but the cables meant the Ratatouille float could no longer fit through the streets, so it had to be discarded. 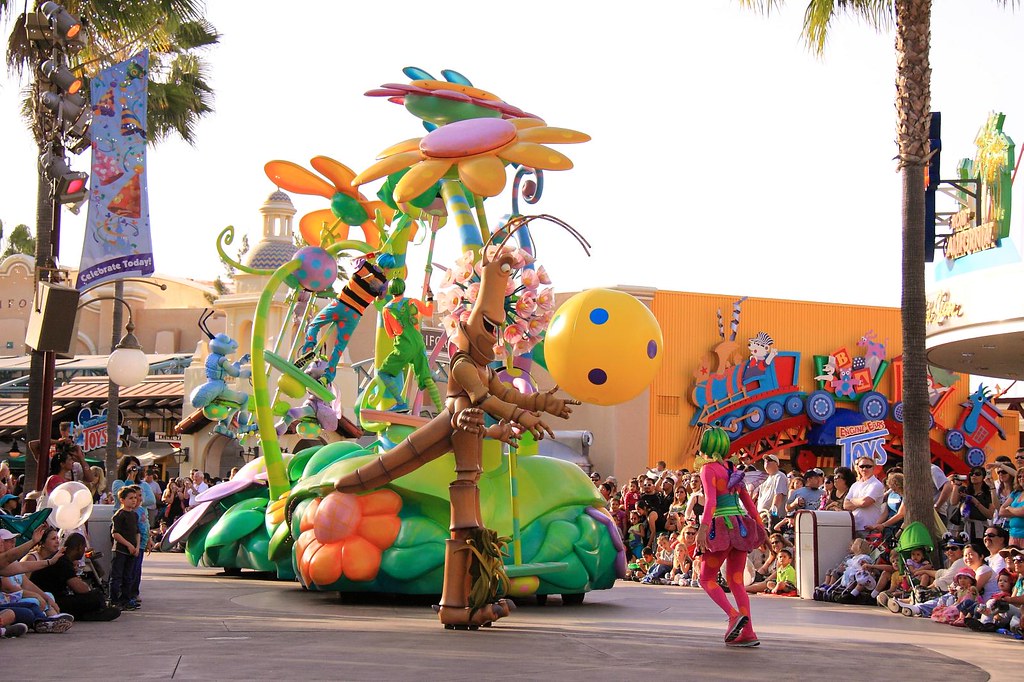 One other issue that cropped up was an accident on the a bug’s life float where some of the acrobats were injured. Luckily, the performers were all deemed ok, and the float only had to go out of commission for a little while.

Now all of these facts are fun and dandy and helped the parade become what it was, but its time in Disney California Adventure still came to a close on August 20, 2017.

However, the Pixar Play Parade was not done yet because Pixar Fest was knocking on the Disneyland Resort’s door, and with it, the parade’s move over to its sister park, Disneyland itself. Thus, the parade made its Disneyland debut on April 13, 2018, where it is playing daily, so go check out it while you have the chance. In case you can’t make it there, you can watch it below.

Unfortunately, I have not yet had the chance to see it in person, but I will definitely get around to doing so when I am back in California in a couple of weeks. Upon moving to Disneyland, floats based on Up, Inside Out, and Luxo Jr. have been added to the parade. I love that Disney did not simply move the parade over, but also added in not one, not two, but three floats to the parade. Sure, the floats aren’t as impressive as some of the older floats, but they took the time to add some more magic to the show, something not necessary, but very much appreciated.

In terms of my thoughts on the show, Pixar Play Parade is one of my favorite daytime parades. Generally, I am much more of a nighttime parade guy, but this parade is always a lot of fun. Pixar is such an iconic brand and bringing together so many amazing characters really makes for an awesome time. 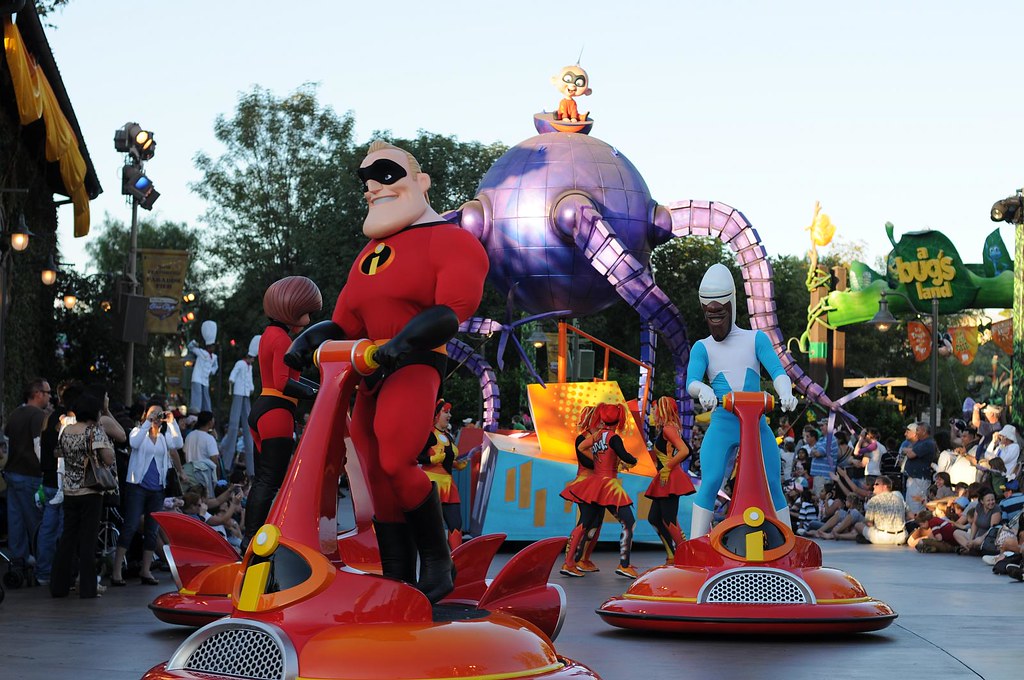 Overall, the Pixar Play Parade is simply a blast, and I am so grateful that it has this chance to find new life at Disneyland. Who knows how long it will stick around there, but as long as it’s there, I’ll support it.

With that, I’m signing out for today, but keep an eye out for more articles about the Pixar attractions we know and love.