If the opening of Pixar Pier wasn’t exciting enough, Disney just shared some fun insider facts about Pixar that guests will be able to discover at Lamplight Lounge. The new eatery was inspired by the uniqueness and creativity that fans love about the animation studio. 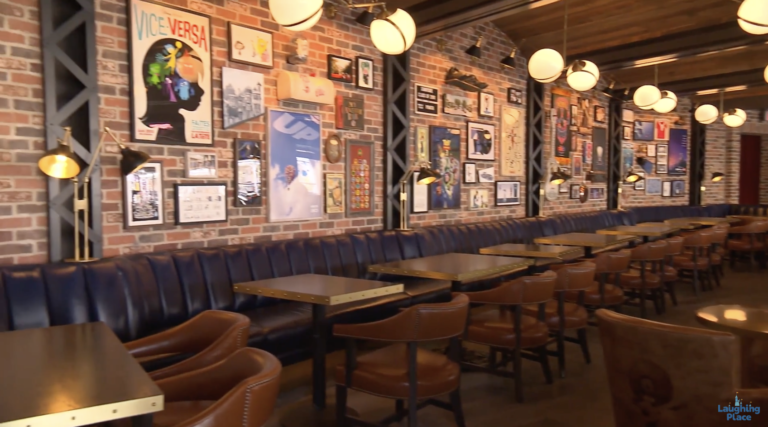 1. Pixar celebrates the early sketch artwork from beloved Pixar films, and fans will find some of that work in the décor throughout Lamplight Lounge. Guests who look Up will see a beautiful chandelier hanging from the ceiling at Lamplight Lounge. The chandelier features sketch artwork and film quotes from Pixar animated films including Coco, Finding Nemo, The Incredibles and more. The design features blank pages at the top, to represent one of the most difficult stages in the design process – starting with a blank slate – along with character artwork from artists in several Pixar departments. 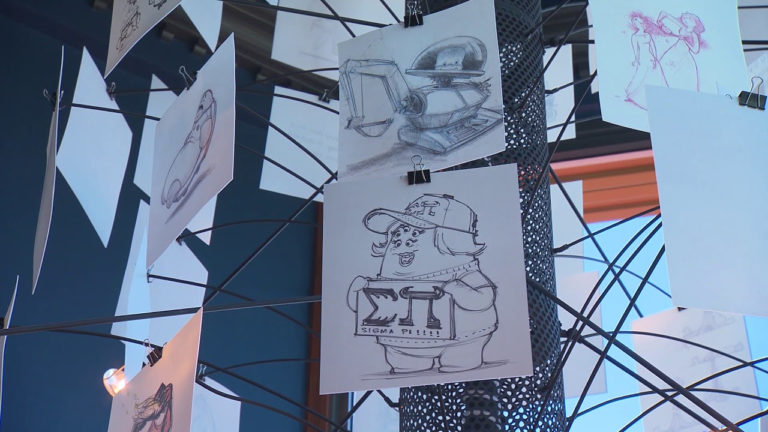 2. When a film is in production at Pixar, departments create and wear special t-shirts to celebrate the film. Guests will get a close-up look at a little-known Pixar tradition on the t-shirt wall at Lamplight Lounge. The t-shirts on display are examples of a celebrated accomplishment, humorous reference, inside joke, or even a department’s experience or influence on the film. The many t-shirts also show how many different departments come together to create a Pixar film. 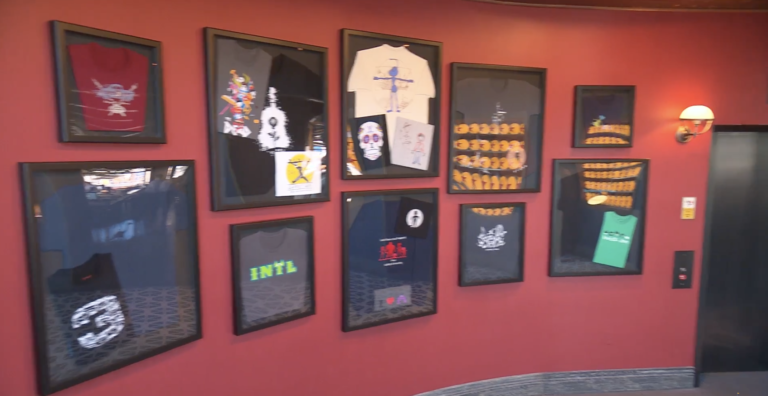 3. A conference room table at Pixar Animation Studios features die-cast toys created for the Disney•Pixar film Cars, an example of the artists’ playfulness. Many décor items at Lamplight Lounge are inspired by the creative interior design of Pixar Animation Studios’ campus. One is a dining table inside the restaurant that closely replicates the Cars table located in one of Pixar’s conference rooms. 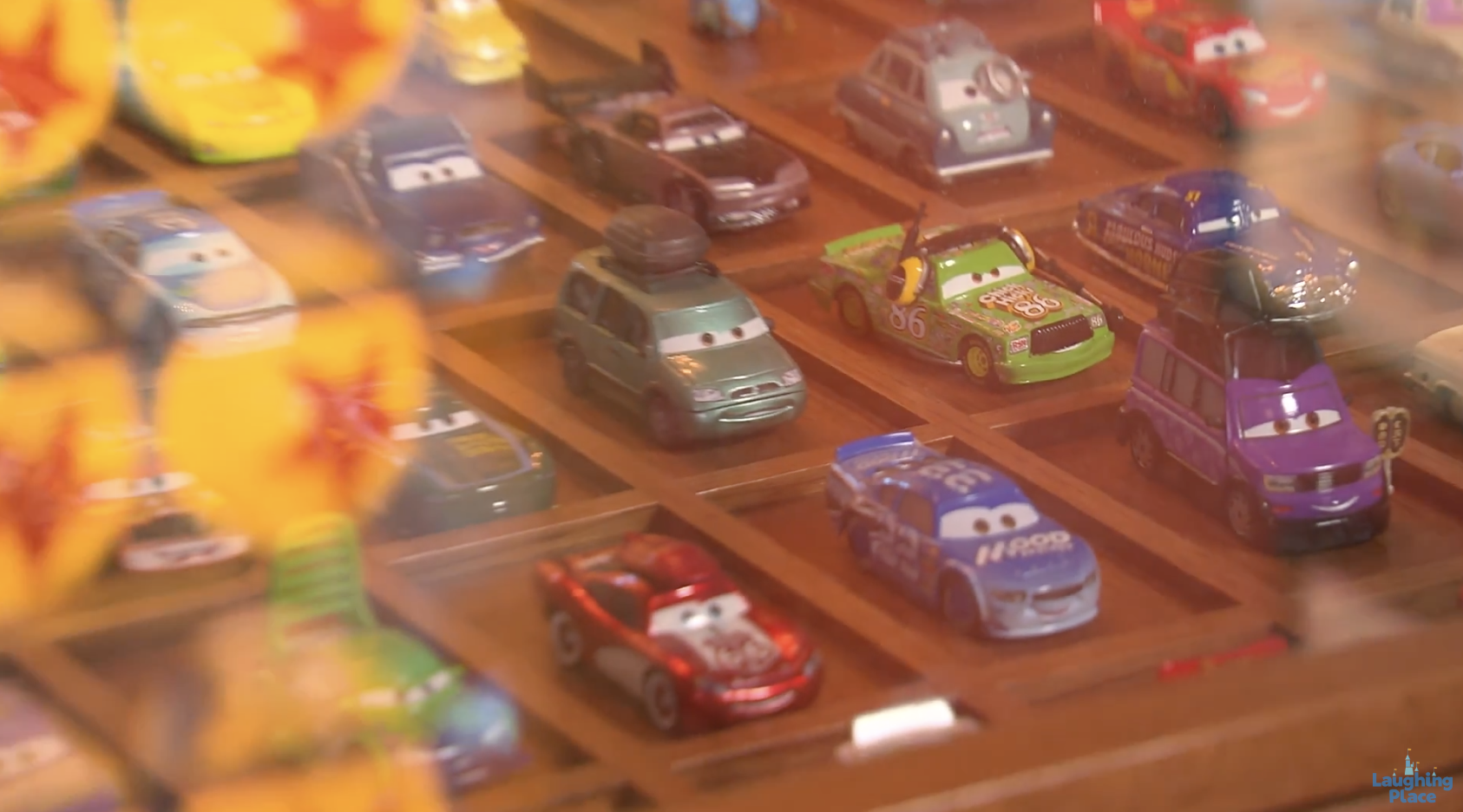 4. At Pixar, every toy has a story. Above the Cars dining table, guests will notice shelves of toys that have been pulled from the Pixar archives. Below the toy shelves are examples of design comments and notes exchanged between Pixar and its toy manufacturing partners to ensure that the final product is as accurate as possible. Each toy goes through many rounds of notes in various forms, including drawings, creative reviews and even video conferences.

5. Like “Easter eggs” hidden in Pixar films, many nods to Pixar films and the studios’ culture can be found at Lamplight Lounge, including beverage names. When perusing the menu, guests will notice references to Pixar Animation Studios, its films and the filmmaking process. For example, guests may order the Park Ave. (alcoholic beverage), referencing the street name of the Pixar Animation Studios address in Emeryville, California, or the Goofball Island (non-alcoholic), named after one of Riley’s personality islands from the film, Inside Out.

6. Each Pixar film requires a large amount of artwork, promotional materials and artifacts that are essential to the film’s research and development. Guests will discover some of this film-related memorabilia along the Lamplight Lounge art wall, including concept art, reference materials, props and physical renditions of artifacts from the films including WALL•E, Toy Story, and Ratatouille. For instance, guests may see the adorable crayon drawing of Bing Bong in the Inside Out area. When the Bing Bong drawings began looking too much like the work of adults trying to draw like kids, Pixar artists solicited the help of a Pixar employee’s 7-year-old daughter.

7. The talented teams at Pixar often share handwritten notes during the creation of a film, and some of those quotes are showcased at Lamplight Lounge. These notes appear in Lamplight Lounge as part of the tribute to Pixar storytellers. For example, in the sketch art chandelier and in the hallway leading to the restrooms, guests will find some iconic Pixar film quotes that were handwritten by Pixar employees. One that movie fans will find familiar: “WHERE. IS. MY. SUPER. SUIT?!” from The Incredibles.

For more about Lamplight Lounge and Pixar Pier, check out our Complete Guide to Pixar Pier.