A psychological-horror series set in the Stephen King multiverse, Castle Rock is an original story thatcombines the mythological scale and intimate character storytelling of King’s best-loved works, weaving an epic saga of darkness and light, played out on a few square miles of Maine woodland.

Now, if you are like me and grew up being scared by a rabid dog, a possessed Plymouth Fury, and a blood-drenched prom queen, then your parents let you see movies that no child should have seen, but you were lucky enough to be introduced to the magic of Stephen King at the right age. But what happens when the mind that brought you The Shining and J.J. Abrams, the man who brought Star Trek and Star Wars into the 21st century meet? Castle Rock happens! 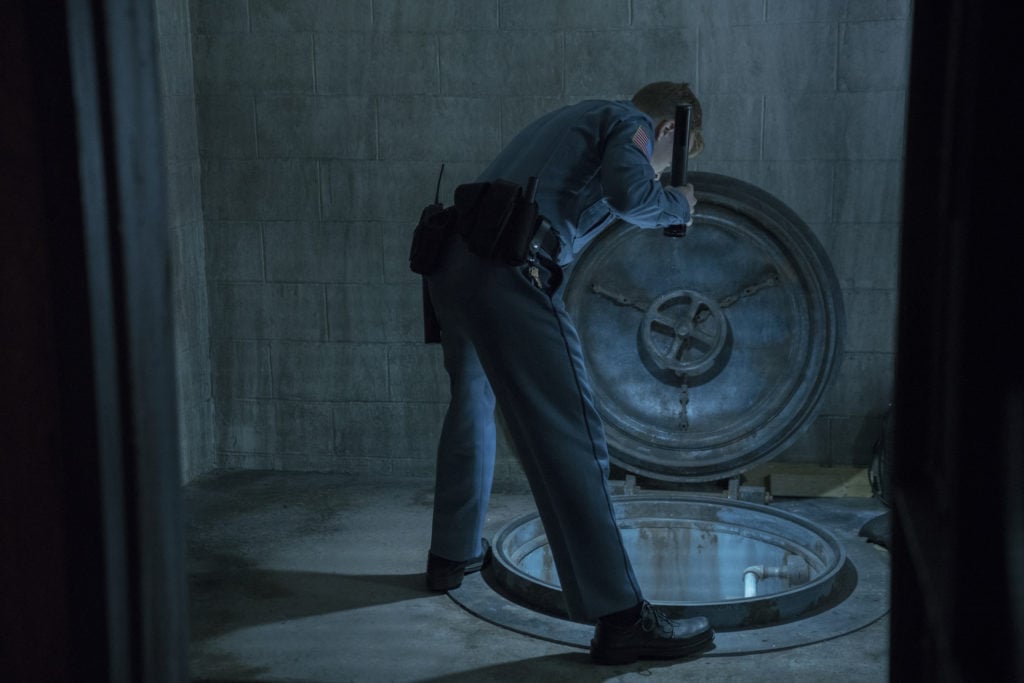 Creators Sam Shaw and Dustin Thomason take a mythical sandbox created by Stephen King and start to weave a series, that I feel has not been seen since Twin Peaks, with the first episode laying the groundwork for what could become the new “water cooler” subject. Set in and around Shawshank State Penitentiary — the primary employer for the residents of Castle Rock, Maine — the first episode starts off very much in the tone of King’s other works with a death without much backstory. Without spoiling who’s death, the story then moves onto exploring a shuttered part of Shawshank and discovering an unknown man (Bill Skarsgard) with no name or record locked in a cage who can only mutter the name “Henry Deaver.” 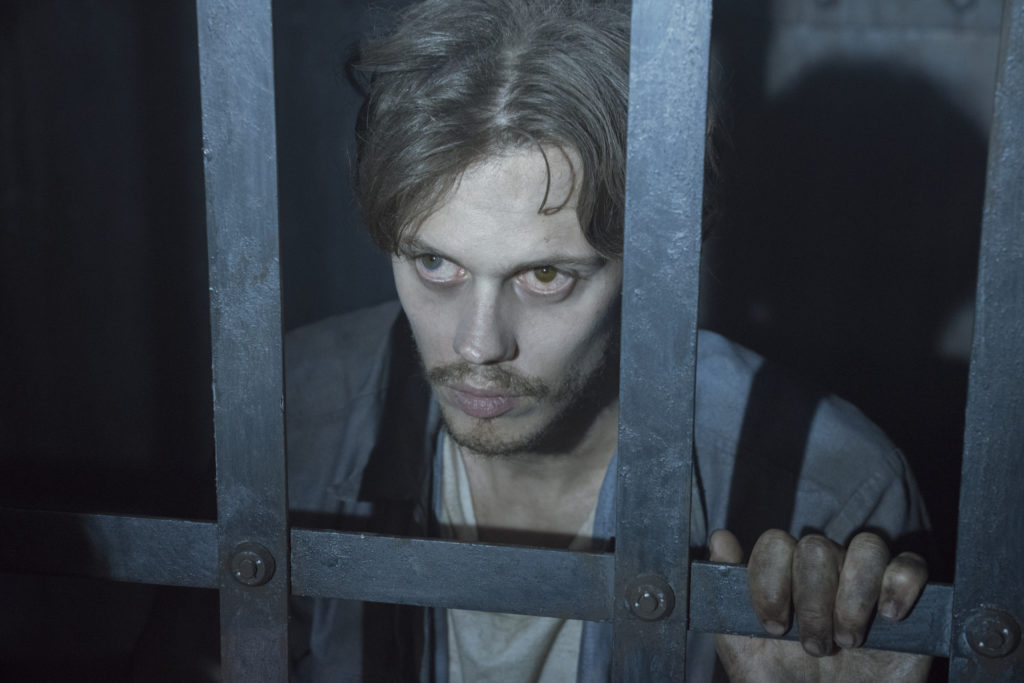 Henry Deaver, played by Andre Holland, a Texas Death Row lawyer is drawn back to Castle Rock years after leaving the town due to a childhood incident that left his father dead and Henry a lead suspect. He returns to find the town he left has changed and when he returns to his boyhood home he finds his adopted mother (Sissy Spacek) suffering from dementia is now being cared for by retired police chief (Scott Glen) and rubs Henry the wrong way as soon as he walks through the door. 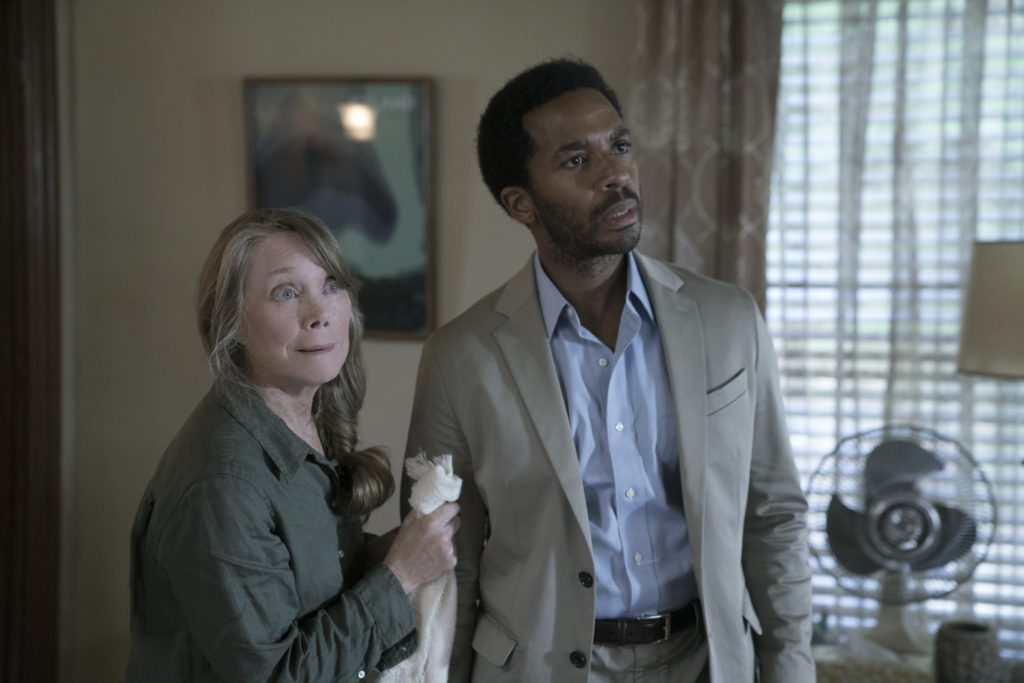 This first episode does an excellent job putting all the chess pieces on the board with very little movement. It is a perfect set up for what hopefully will be a great story but it is a slow burn! We have brief looks at some of the other characters that will surely play a bigger role to come but with no real introduction. The cast is amazing and seem to fit perfectly in the King Universe — each with what is sure to be a rich story once the time can be spent on them — and the setting of the mythical town of Castle Rock in the shadow the Shawshank plays as big of a role as the true leads of the series. 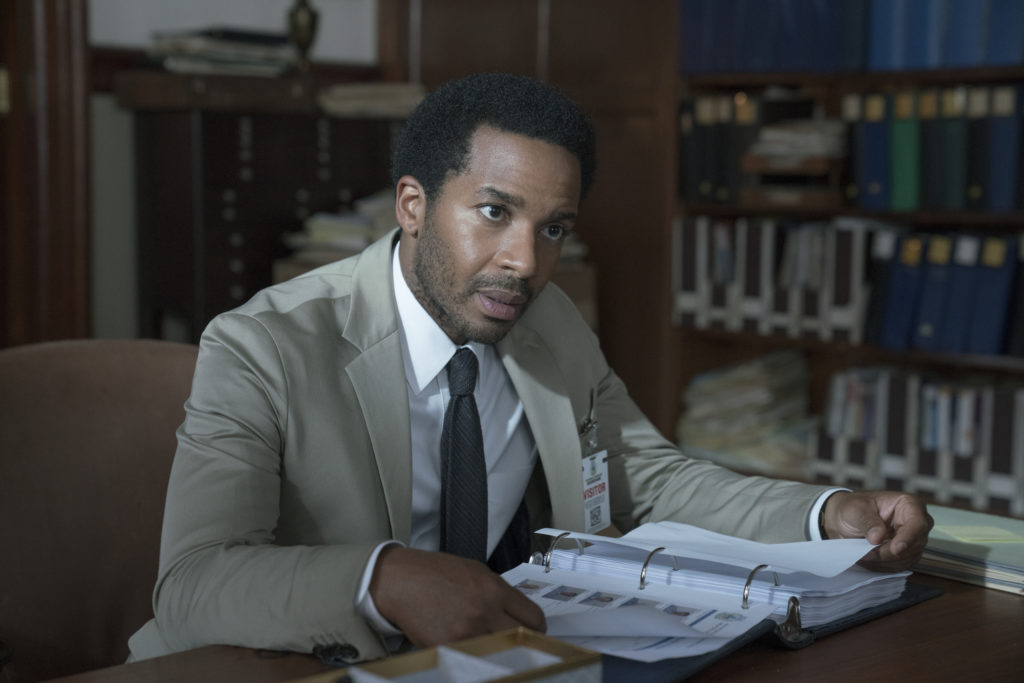 Castle Rock is one of those shows that draws you in and keeps you thinking about what you just saw. With nods to other events in the King Universe, die hard fans will want to watch and listen to try and catch them all. I think the best word I could use to describe this show is “Intriguing.” While the first episode may have run a little long with the setup and short with the meat of the story, it was definitely enough to get me hooked and ready for more.