Having been firmly established as a vital part of the new Star Wars Universe by both his appearances in the animated television series Rebels and his triumphant return to the literary world of Stars Wars in Timothy Zahn’s 2017 novel, Thrawn, the very observant Chiss admiral now serving at the pleasure of Chancellor Palpatine finds himself continuing to prove his metal in Zahn’s latest installment, Thrawn: Alliances. 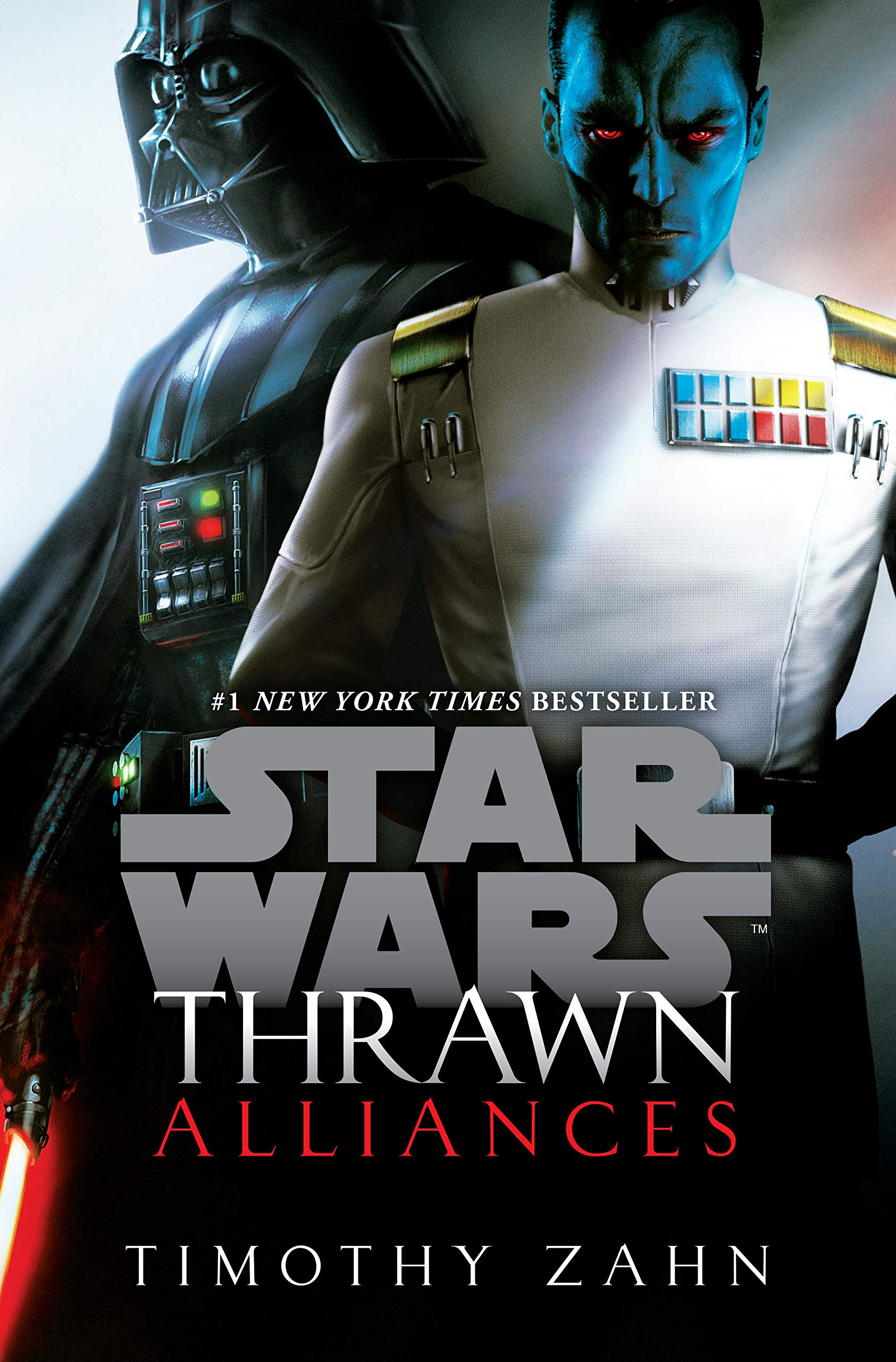 The premise of the book is simple: Palpatine is engaged in his usual business of meddling and testing in an attempt to test loyalties. Taking place after the events of Revenge of the Sith, the Emperor has sensed a disturbance in the Force in the distant Unknown Regions of space and pairs Thrawn and Darth Vader together to search out the cause. Hinted at in 2017’s Thrawn, we learn that Thrawn and Vader/Skywalker have met before, during a mid-Clone Wars mission when Anakin was searching for a missing Padme. What they discover then, and in Alliances, is less important to the narrative than the excellent character development to which we are treated by Zahn.

Zahn is a master at play in the Star Wars universe. The closest thing we have to an old generation Star War contributor, he understands Thrawn and his role in the world created by George Lucas after original trilogies. What an amazing treat it is for the reader to finally be allowed to have Zahn unleashed to dissent characters of Vader (both pre- and post-Mustafar) and Padme. Combine that with his well-developed insight of Thrawn, and we have a story that is compelling and new understanding about the thoughts and motives of some the most complicated characters in Star Wars lore.

The story jumps between timelines, from post-Episode 3 to post Episode 2. Don’t worry about the time jumps; they are made simple to track by Anakin’s name change to Vader from timeline to timeline. What unravels is a story that is part political/action thriller, part good-cop/bad-cop/buddy adventure that has all the elements that I believe make-up a great SW story: lightsabers, the Force, alien foes, deep space and new threats. Zahn seems to understand the importance of these elements and weaves those deftly into a beautiful page-turner.

Some of my favorite passages in the book involve something Zahn had introduced in Thrawn, glimpses into Thrawn’s mind as he assesses his situation, his adversaries and allies, and breaks these observations down into action. No other details in the books have been so revealing of his character and motives that these asides.

Zahn creates similar insight with Anakin/Vader, pushing his motives and actions into a new category of understanding for the SW fan. Not surprising, the post Episode II Anakin seems motivated by anger, power and a desire to dominate and control his surroundings and foes. He is constantly picturing the worst-case scenario…allowing fear to drive his actions instead of the nobler Jedi ideals. These motivations are most magnified when they come to his dealings with his secret wife, Padme, and these asides add such a great depth of knowledge to his motives in Episode III.

Reading Anakin’s mind reaches a pinnacle when Zahn writes action sequences, describes the scenes and enters Skywalker’s Force driven observations, labeling these moments as Double Vision—a Jedi’s ability to overlay what he is seeing with what may happen only moments ahead. Paired with Thrawn’s own momentary observations, the reader will be delighted to find themselves intimately shown how and why characters are taking action.

The story has some odd elements, though. For instance, the younger Thrawn having foreknowledge of a pre-Vader Anakin. It felt to me, at times, like there was an unspoken awkwardness between the two, sort of like an old audio/visual club buddy from high school meeting up with Marilyn Manson at a high school reunion and sharing stories of how young Marilyn used to like listening to Debbie Gibson’s music. Aside from Palpatine, Obi-Wan, Yoda, Lars and Beru, the Organas, and R2D2, Thrawn seems to be one of a handful of galactic citizens that know of Vader’s past life, and that seems a little weird. It would have been totally inappropriate, but it would have been fun to read an interaction where Thrawn says to Vader, “So, you’re sporting a new look…”

Most odd were the scenes where Vader and Thrawn are initially investigating the threat. Vader seems out of place in a position of inquisitiveness. His appearances previously placed him in a position of power and dominance, decisiveness. To see him vulnerable and uncertain seems to rob him of his station as the most recognized villain in film history.

I totally enjoyed the continued effort to give readers more glimpses at the Unknown Reaches. Aftermath: Empire’s End introduces a new posthumous plot by Palpatine to exploit the anonymity of these regions…leading into the events of Episode VII. I hope this trend of including missing details will continue. I can live without it, but I’d really like to understand better where the First Order and Snoke came from in A Force Awakens.

This all adds up to make Thrawn: Alliances one of the most Star Wars-like novels that I’ve read in a while. Zahn has once again created a classic story worthy of cinematic consideration. Any devoted Star Wars fan must add this new novel to their library.