The year is 1978. Star Wars is the biggest film phenomenon of all-time, so the studio wants to capitalize on it anyway that they can. With toy sales during the holidays in mind, executives manage to convince George Lucas to help create the Star Wars Holiday Special, and the rest is history.

Via Special the Play

Currently playing at the Theatre of NOTE in Hollywood, Special is a comedic, fictionalized look at the creation of the infamous Holiday Special, making fun of the variety show at every turn. From the moment you walk into the lobby and the Holiday Special is playing, you know that you are in for a unique night. 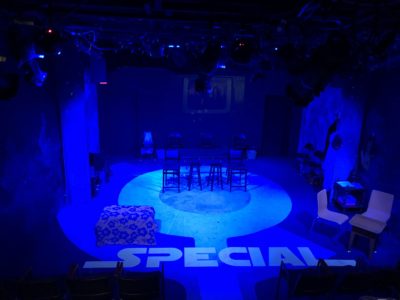 While Special is small in stage and cast, it still led to big laughs throughout the entire show. In fact, all of the actors switching between characters, even portraying multiple characters in the same scene, actually added to the humor more than anything else. As you watch the play, you can sense how much fun each member of the cast is having, even as they portray characters who were particularly negative about the entire process of creating the variety show. Though the Holiday Special was unintentionally funny and most of the cast was completely listless, Special is any but, creating a sense of love and adoration for what they refer to as “the worst variety show in the galaxy.” 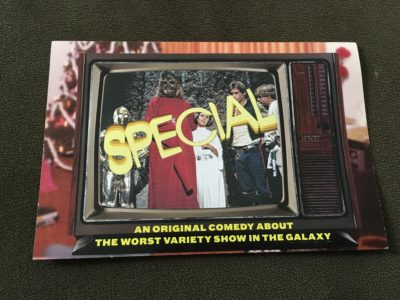 The one caveat that needs to be said is the Star Wars Holiday Special is required viewing before attending Special. Without an understanding of it, you would probably feel like you were on the outside of an inside joke. But for those of you who consider yourself a “fan” of the show, Special is a must-see that will keep you laughing, and may even make you want to rewatch the Holiday Special. And just remember, May the Force Bea Arthur.

Special will continue its run at the Theatre of NOTE in Hollywood, CA until January 13, 2019. Tickets can be found using Brown Paper Tickets, with shows playing every Thursday-Sunday, plus a special New Year’s Eve performance. NOTE: This show is intended for guests aged 18 and over with adult language featured throughout.