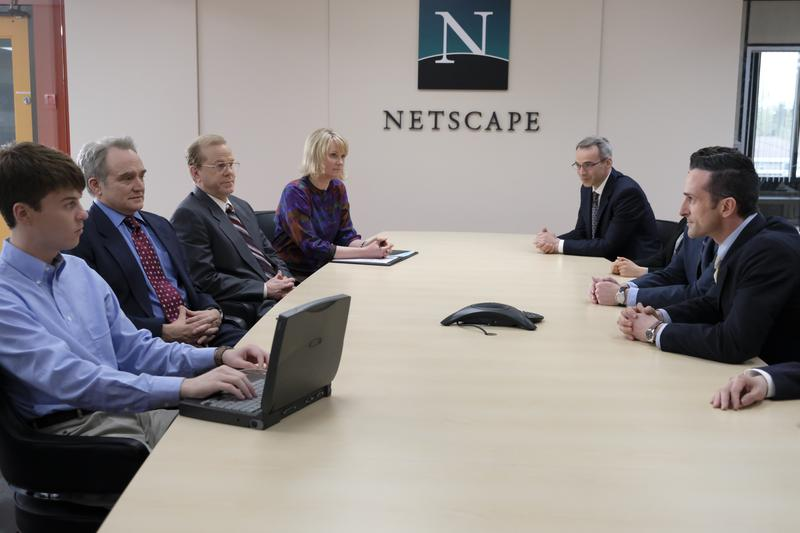 With web browsers and search engines at our disposal virtually anywhere we go, it’s easy to forget where it all came from. The Internet connects and divides the world in ways that would have been unforeseeable thirty years ago, which is the focus of a new limited series from National Geographic, Valley of the Boom. The subjects of this series all paved the way for drastic changes in our everyday lives. Without their vision and pioneering spirit, you wouldn’t have found your way to this article (and I wouldn’t be writing it).

Valley of the Boom is a Docudrama that features interviews with many of the developers, investors, and leaders of the “Dot-Com Boom” along with actors bringing key moments to life. But unlike your average piece with nameless faces stepping into the roles, National Geographic has sprung for some recognizable talent. Bradley Whitford (Saving Mr. Banks), Steve Zahn (That Thing You Do), and Lamorne Morris (Star vs. the Forces of Evil) all co-star in the scripted segments, making it feel at times like a less funny version of Drunk History, striking a more appropriate balance between humor and history.

The series begins in 1993 with the initial public offering of Netscape, which was like Google Chrome before Google (which is like Firefox before Mozilla, which was like Internet Explorer before Microsoft). The meteoric rise of the company kickstarted the boom and another interesting aspect of the premiere is a snapshot of what Mountain View was like before the boom vs. after, now known as “Silicon Valley” (no relation to the HBO series). The series will likely end with the burst of the Dot-Com Bubble. Valley of the Boom premieres on January 13th and National Geographic has debuted the first two episodes in advance of the premiere through their streaming service. The second episode covers many of the rival companies that rose quickly, including TheGlobe.com and Pixelon. The latter was one of the first video streaming services, an irony that is hopefully not lost on any viewer as they stream these episodes before less tech savvy cable viewers get to see it.

National Geographic covers a wide breadth of topics, but the approach to Valley of the Boom feels like a step in a different direction for the network. I don’t hate it, but I hope it isn’t the beginning of a shift that veers too far off course. After all, the network is competing in a cable landscape in which many other networks have lost their vision. History has Pawn Stars and Swamp People, AMC (American Movie Classics) barely plays movies anymore and found success with The Walking Dead and Better Call Saul, and don’t get me started on TLC (The Learning Channel). But for all its comedic setups and amplified narratives, Valley of the Boom is still educational and entertaining.

With National Geographic set to become part of The Walt Disney Company later this year through the 21st Century Fox acquisition, this type of entertainment is fittingly home at the studio that Walt built. After all, Walt Disney was a pioneer of “Edutainment” and while Valley of the Boom isn’t appropriate for the whole family (TV-14), it’s in the vein of the Disney Education productions that are still shown in schools to this day. The next time you use your face or thumbprint to log into your phone and search for something online, you’ll think of the real-life characters you met while watching Valley of the Boom. 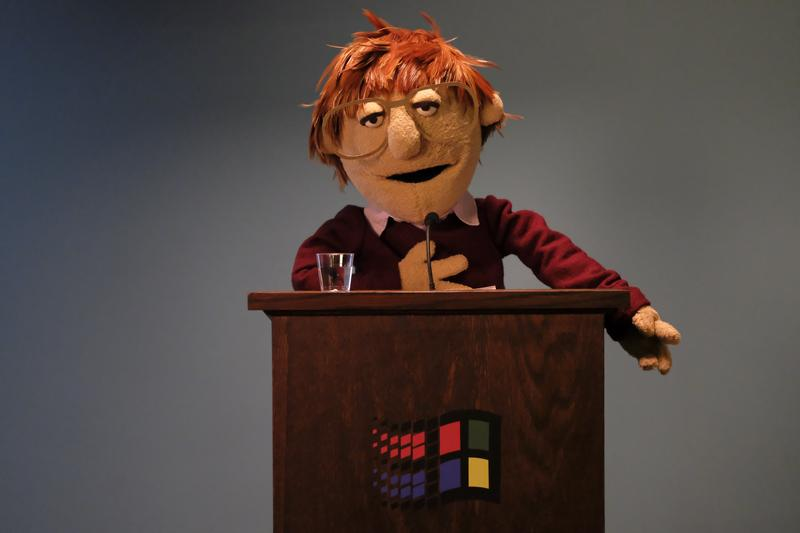 I give Valley of the Boom 4 out of 5 Bill Gates puppets.

Valley of the Boom premieres January 13th on National Geographic at 9:00 PM PT.