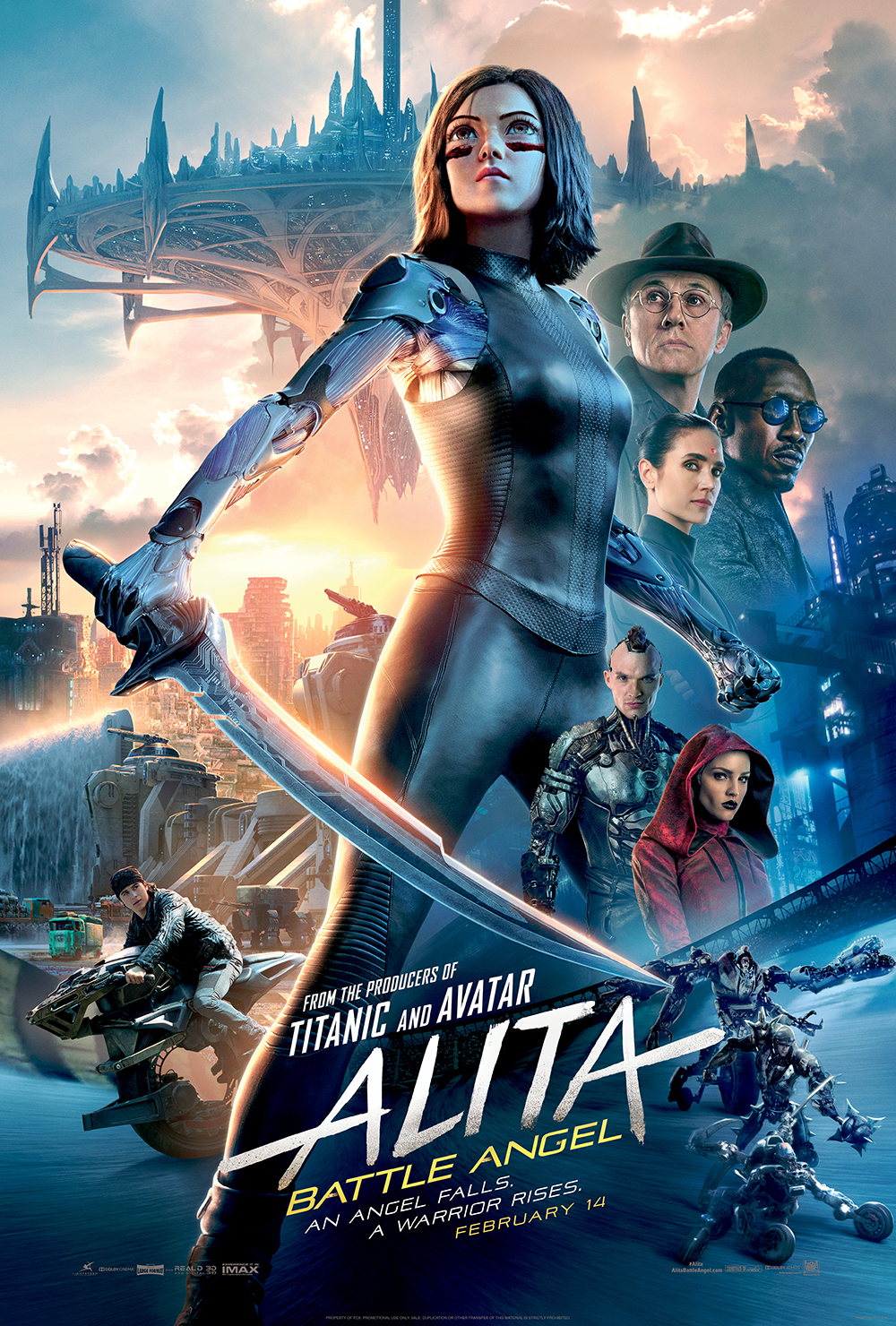 The entire ad campaign for 20th Century Fox’s Alita: Battle Angel made it look like a live action adaptation of a bad anime series. But with names like James Cameron and Robert Rodriguez behind it, the film should be better than that, right? I suppose the manga source material should’ve been an indication that this effects heavy production would be exactly as advertised.

Alita is set far into the future after “The fall,” an event that is barely explained but the gist is that Earth (and Mars???) had a huge war that forced all survivors to converge in Iron City, a literal trash heap under a floating city that everyone wants to move to. To make it weirder, most people are at least part robot and some are in fact cyborgs, including the title character. And people who come from the floating city have a gem on their forehead that makes them look like less iconic clones of Vision from the MCU.

Christophe Waltz plays Dr. Ido, a doctor/scrap harvester/bounty hunter who finds Alita in the trash heaps discarded by the floating city. He fixes her up only to find that she is ancient pre-war (and Martian?) technology and she has lost her memories. She’s so infantile in her discovery of the world around her, but the more she learns about her new form, the more she remembers about her past. As for the “Battle Angel” component of the title, Iron City’s most popular sport is MotorBall, a roller derby game mixed with soccer that is violent and deadly. The only way to get to the floating city is by becoming the champion of the game and it seems like almost everyone just wants to get there. These sequences become the real highlight of the film, but they aren’t as exciting as the lightcycle chase in TRON: Legacy.

The world of Iron City is highly detailed and much of it seems like practical sets, but it lacks the awe and gravitas of Avatar and Sin City, to which it is compared by the nature of the creative talent attached. When the details include making skyscrapers out of rubble, there’s nothing that makes you want to linger in the world longer. Don’t hold your breath for a Disney Parks version of Iron City anytime soon.

The visual effects by Weta are well done. If there’s a single shot in the film without some form of digital enhancement, I’ll be shocked. Alita herself is a motion capture performance, which is done well. But mocap’s biggest issue has always been getting eyes right and with eyes that take up 2/3rds of the character’s face (like the real life anime character that she is), it creates an all together off putting combination. 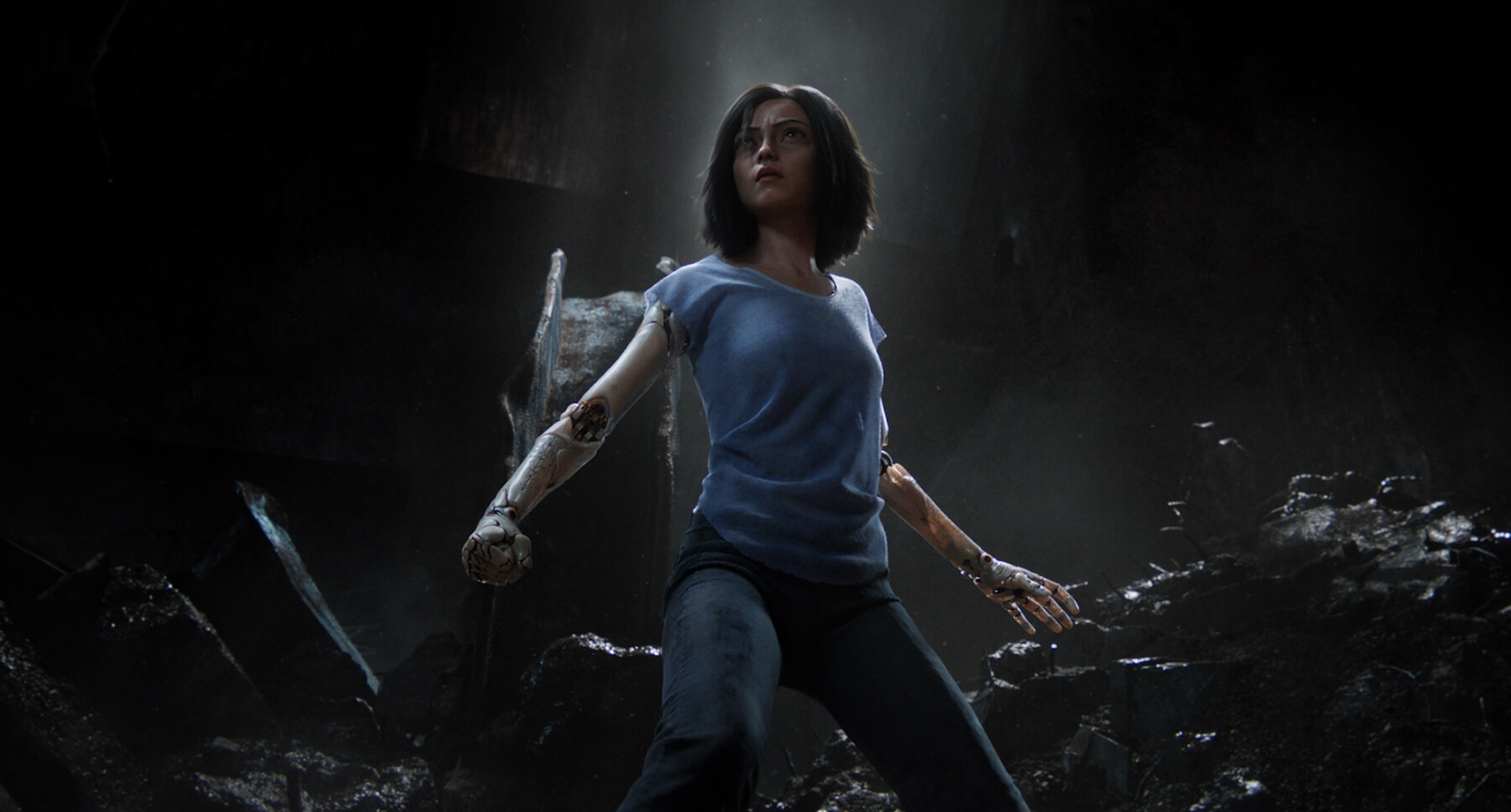 I wanted Alita: Battle Angel to prove me wrong. Bad marketing aside, this collaboration between James Cameron and Robert Rodriguez should be better than this confusing 2-hour bore that suffers from too little action. Worst insult of all, the entire film is setup for a sequel that won’t be produced if this doesn’t become a worldwide blockbuster. There’s no way this will find an audience with the masses.

I give Alita: Battle Angel 1 out of 5 bars of street chocolate.