Last week, the 28th annual Disney Imaginations contest came to a close with a team from the Savannah College of Art and Design winning the competition. The group’s project, The Rose of Babylon, re-imagined the Hanging Gardens of Babylon as a botanical inquisitorium. I got a chance to speak with Nick Hammond, Remi Jeffrey-Coker, Carolyn Teves, and Zeke Waters to ask them a bit about their project, its inspiration, and the project as a whole. 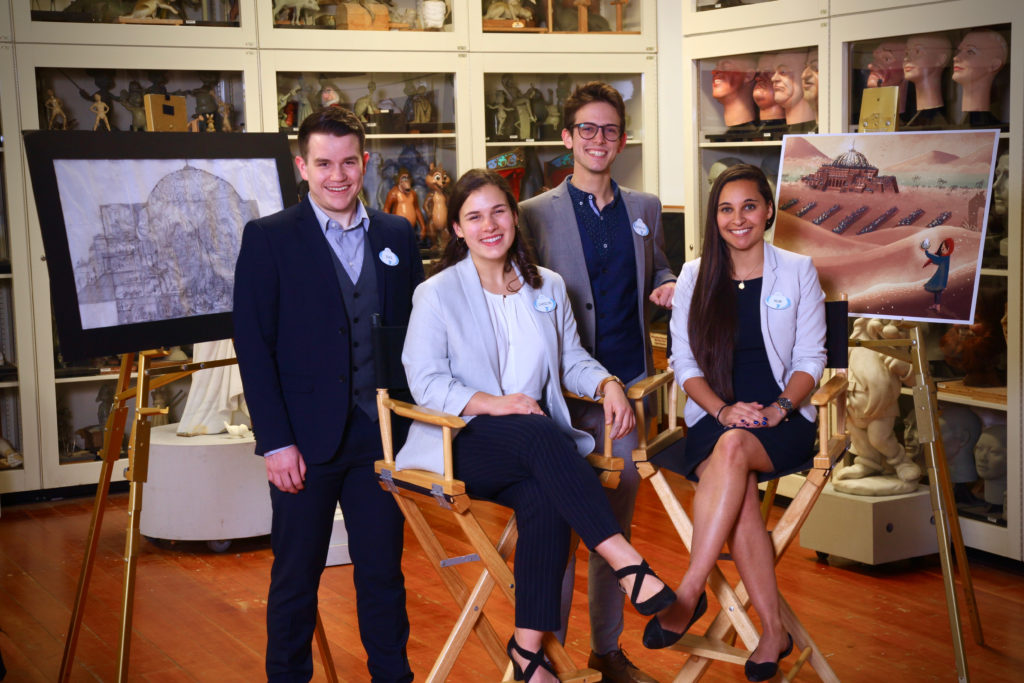 Q: Why did you choose the Hanging Gardens of Babylon?

Zeke: There were several different locations that we thought had beautiful imagery and backstory that we could pull from. The Hanging Gardens of Babylon was unique because the presumed location was Iraq. And that is part of the prompt that we had. It had to be at or near the original location. Being a group of go-getters, we were like “Let’s make it hard on ourselves and make it Iraq.” … What started as a … place of beautiful imagery and great backstory became “Let’s create a project that give back to the community of Iraq as a whole.”

Carolyn: It was not an existing location … and we liked having complete freedom over our project.

Nick: It took almost two months to pull together a story … and pushing the idea of the Hanging Gardens to make a project that could be presentable.

Q: Where did the environmental aspect tie in?

Zeke: [The project] would provide not only pollution relief, but it would also provide a solution or at least some kind of effect onto the hydropolitical situation between the countries of Syria, Iraq, and Turkey. As their ongoing struggle to revitalize the Euphrates River continues, we wanted to give our experience to help aid as much as possible.

Q: How did it help to have the skills of others on your team?

Remi: I was able to learn different skills from all three of the others, which helped all of us be able to contribute to every single aspect of the project.  We were all piggybacking and learning off each other and each other’s skills to create a cohesive project.

Q: Once you found out you were finalists, what were your next steps?

Zeke: We needed to develop it even more. We had to make sure everything was feasible and our guest experience was great. We started out laying out the story and making sure the story was cohesive and making sure our visuals were going to make what emotion was conveyed. This is where we split off and realized each other’s strengths and weakness… [but] making sure our elements were cohesive.

Q: What was your favorite part of working on the project as a whole?

Zeke: The moment of realizing “Wow we just did this.”  We had actually created that we were passionate about and that we really believed in.

Nick: A lot of us are pretty good and very devoted to telling the stories to the world.

Carolyn: It was such a huge relief to be done with everything and we could now enjoy ourselves.

Remi: The fact that we were able to achieve something so great and work so well with each other was another huge aspect and huge accomplishment that we’ve all achieved throughout this experience.

Congratulations to this gifted group of college students, and it will be exciting to see where their paths lead them over the years.