Welcome to a new weekly series here on Laughing Place where some of our staff members offer their recommendations in a certain topic — LP Pro Tips. With Thursday, February 28th marking National Public Sleeping Day (yes, really), we thought we’d kick things off with our picks for the best Disneyland and Walt Disney World attractions for catching a nap. Here are our Pro Tips for napping in the parks:

The PeopleMover is a classic Disney attraction dating back to 1967 and Disneyland’s New Tomorrowland. A futuristic mode of transportation at the time, it can now be found in several airports and other places around the world. The Disneyland version also happens to be my all time favorite attraction. However, during a long day at the park, the modern Magic Kingdom incarnation also doubles as a great nap spot. While it does lack air conditioning, the movement keeps a breeze going while outside and it spends a lot of time indoors as well. There’s also plenty of legroom as long as only one or two people ride — you can even prop your feet up on the seat across from you. And the ride is nice and long without any super loud noises to interrupt you.

The PeopleMover is also unique in that the line is usually super short so Cast Members will often let you ride again. Does that mean if you’re asleep upon return to the station they’ll just send you back around? I don’t know, maybe someday I’ll find out. One more advantage – if you don’t get quite enough rest here, the Carousel of Progress is right next door!

A lot of Disney fans argue about what Walt would have wanted for his parks. I say that, when it comes to this brief documentary about his life, Walt would want you to rest up. It’s not that we don’t love Walt and Disney History, but it’s a bit like a literary professor having to sit through a Hooked on Phonics course. Alternatively, this screening room is used to show previews for upcoming films. Those may be a bit noisier than the main show but you can still give napping a shot regardless.

All politics aside, Hall of Presidents has long been a Disney nap destination. While some would say that’s because the show can be—for lack of a better term—boring, the truth is that the dark setting stands in such strong contrast to the bright, Florida sun that one can’t help but take advantage of the refuge. Of course, these days you might have security guards watching you doze, which may be a bit embarrassing. But, unless you’re snoring loudly, I highly doubt they’ll take much issue with you. There’s only one place I’ve ever legitimately fallen asleep in a Disney theme park as an adult, and that’s during The American Adventure show in World Showcase at Epcot. The animatronic setpieces in this half-hour Imagineering classic are of course breathtaking and I’m usually into the concept of American history, but after a few hectic days of a whirlwind vacation down to Walt Disney World, the sedate nature, low-key lighting, and soft-spoken tone of this attraction lulled me into a nice refreshing nap during its first five minutes. During my snooze, I think I may have had a nightmare about Benjamin Franklin and Mark Twain berating me for drifting off.

As a Disneyland boy, there weren’t a lot of long attractions like at Epcot. But, in 2001, that all changed with the addition of the Hyperion Theater/Theatre the Disneyland Resort added a Broadway style show that on average would be about 30 to 45 minutes. In its four-show history, I have to say that Steps in Time was hard to nap in just because you never knew if it changed. Meanwhile, The Power of Blast was just pure energy so no sleep there. Aladdin was a great show, but after seeing it once or twice, once, those chairs became very comfortable after “Friend Like Me” ended. As for Frozen, it still has that new show excitement, but give it a few more months and that will be the napping capital of the Disneyland Resort after being in line for Star Wars: Galaxy’s Edge for a few hours.

Look, I love Spaceship Earth as much as any Disney nerd, but there’s no denying its nap potential. Beyond the essential air conditioning, there are also plenty of long, dark stretches. Plus, with a runtime of about 15 minutes, it’s really perfect power-nap material. While Dame Judi Dench’s narration is soothing as a lullaby, the one downside is that you may be awakened to incessant warnings about your vehicle rotating — or you might shoot up from your slumber thinking that your toaster is burning instead of Rome. Still, despite these faults, this is easily my pick (not that I’ve ever done it…). 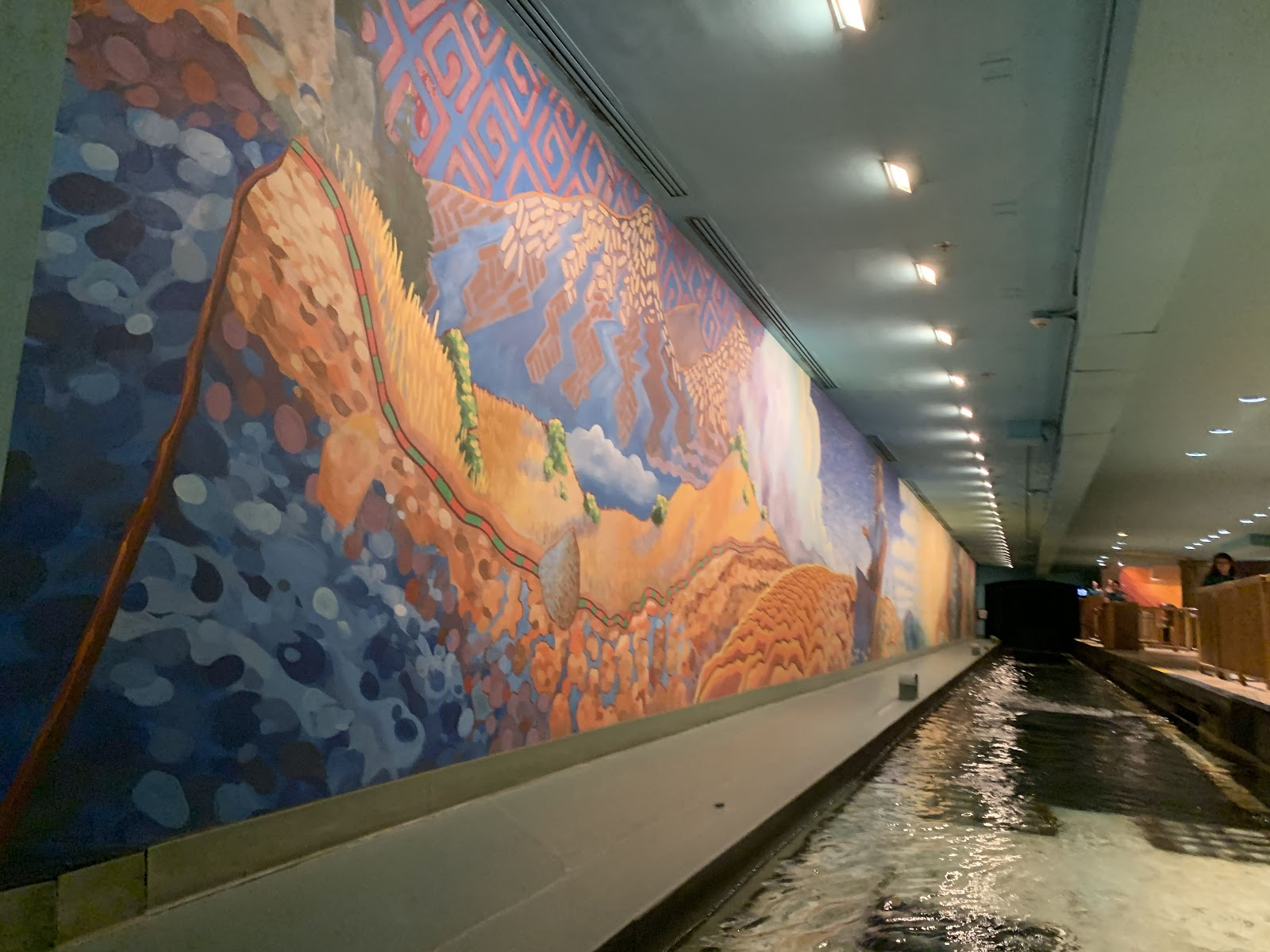 Living with the Land

Who doesn’t love taking a nap during a thunderstorm? Epcot is home to a lot of soothing, slow-moving boat rides, but Living with the Land might be the most relaxing of all of them. Don’t get me wrong, I love this attraction, but it’s so relaxing. It can be hard keeping your eyes open. The sleepy tone is set right away as you gently float past a simulated rainstorm. The benches on the boat aren’t the most comfortable, but they’re good enough if you need a little midday rest. It’s also a pretty long ride so you can get a decent nap in.

Impressions de France is a beautiful film but it’s definitely a bit outdated. As a result, it’s certainly not everyone’s cup of tea. So for those who are bored or just tired from walking around World Showcase, this is a great place to catch a short nap. With its decent runtime, guests can get as much as 18 minutes of rest before their trip to France ends and the lights come up.

The Enchanted Tiki Room is one of my favorite shows. I know every line by heart and am even trying to get the Hawaiian lyrics down. But lately, I just cannot stay awake whenever I go to see my feathery friends. As soon as I step inside, the air conditioning takes over and my body immediately goes into shutdown mode. I curl up in the same back corner every time, and it’s like my own personal bed at Disneyland. As the show starts, I mumble sing along, but after a few seconds, the world also fades away until that unfortunate moment when it’s time to stand up and leave. But there’s one important thing to remember: the line is usually so short that you can just run around and get back into the next show for another blissful 12 minutes.

Be sure to join us next week for Laughing Place staff picks on another Disney Parks topic!