The Act is a new Hulu Original series that will leave your jaw permanently dropped, each episode revealing new shocks and twists in a murder mystery that you can’t look away from. Based on true stories, each season will take inspiration from real events while making it clear that creative liberties and dramatic emphasis has been applied. The first season debuts March 20th and is a creative triumph of storytelling and plot devices.

Single mom DeeDee (Patricia Arquette) and her terminally sick daughter Gypsy (Joey King) have just received the gift of a new home in a quiet Missouri neighborhood after losing everything in Hurricane Katrina. They have the world’s sympathy, living off of government support and goodwill donations from a world touched by their story. But we soon loon that DeeDee will be murdered in her sleep in the future and that her sick daughter isn’t all that she appears.

The five episode story arc finds ways to reveal new twisted facts and shocking acts in every episode. The story is one massive trainwreck that you can’t look away from. Gypsy, who starts as an innocent and sympathetic character, evolves into a desperate and vengeful adult thanks to a lifetime of lies and child abuse. The show quickly grabs your attention thanks to odd characters and amazing performances by every actor. 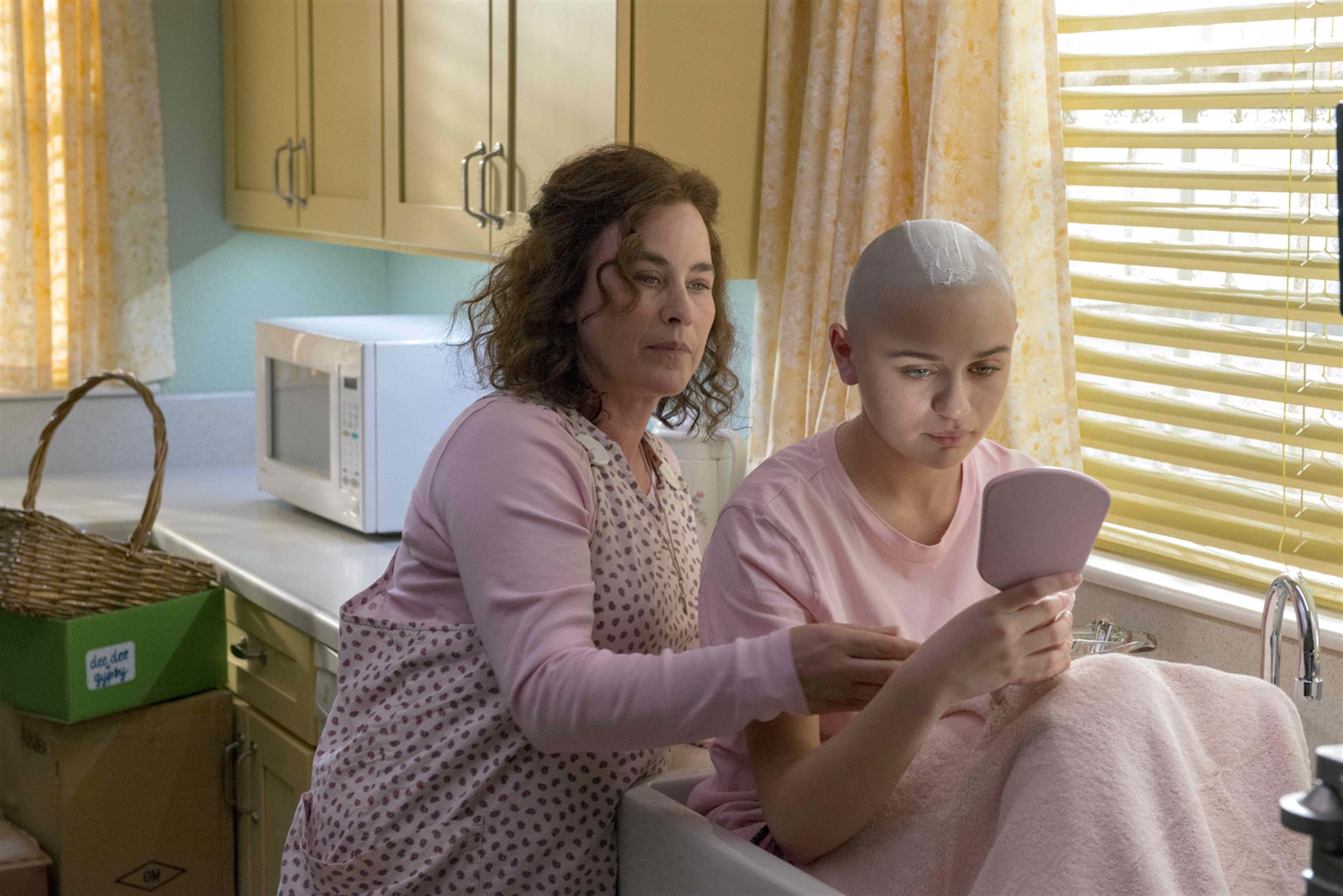 This debut season is an Emmy voter’s dream come true. Oscar winner Patricia Arquette is unrecognizable as DeeDee and over the seven-year span the story covers, she transforms even further away from herself. Joey King (Oz the Great and Powerful) is believable as a child that is so abused that she reaches a destructive breaking point. Chloë Sevigny and AnnaSophia Robb (Bridge to Terabithia) play their tumultuous neighbors who unintentionally cause conflict for the seemingly innocent mother and daughter. And Calum Worthy (Austin & Ally) plays Gypsy’s split-personality online boyfriend.

It quickly becomes obvious who would have the motives to kill DeeDee, but the mystery isn’t the fun of the show. It’s watching the events play out and all of the twisted revelations that cause them. I recommend reading about the real events, but it’s in your best interest to wait until after finishing the series. It’s a lot more fun that way.

Being a Disney fan site, we cover Hulu Originals because Disney is co-owner of the platform and will the majority owner once the Fox acquisition is finalized. But the two intersect far more in The Act, with DeeDee and Gypsy both being obsessed with Disney fairytales and a key moment in the plot even culminating at a movie theater when they go to see the live action version of Cinderella (with actual dialogue from the film playing in the background). It takes something fun like Disney fandom and makes it almost creepy. So there’s that.

It only takes about 5-minutes to become hooked on The Act and with just five episodes in the debut season, it’s the kind of series that you absolutely have time for. The first two episodes will debut on March 20th exclusively on Hulu, which can be yours for the low-low price of $5.99 per month. Happy binging!

I give The Act 5 out of 5 Disney Princess dresses.