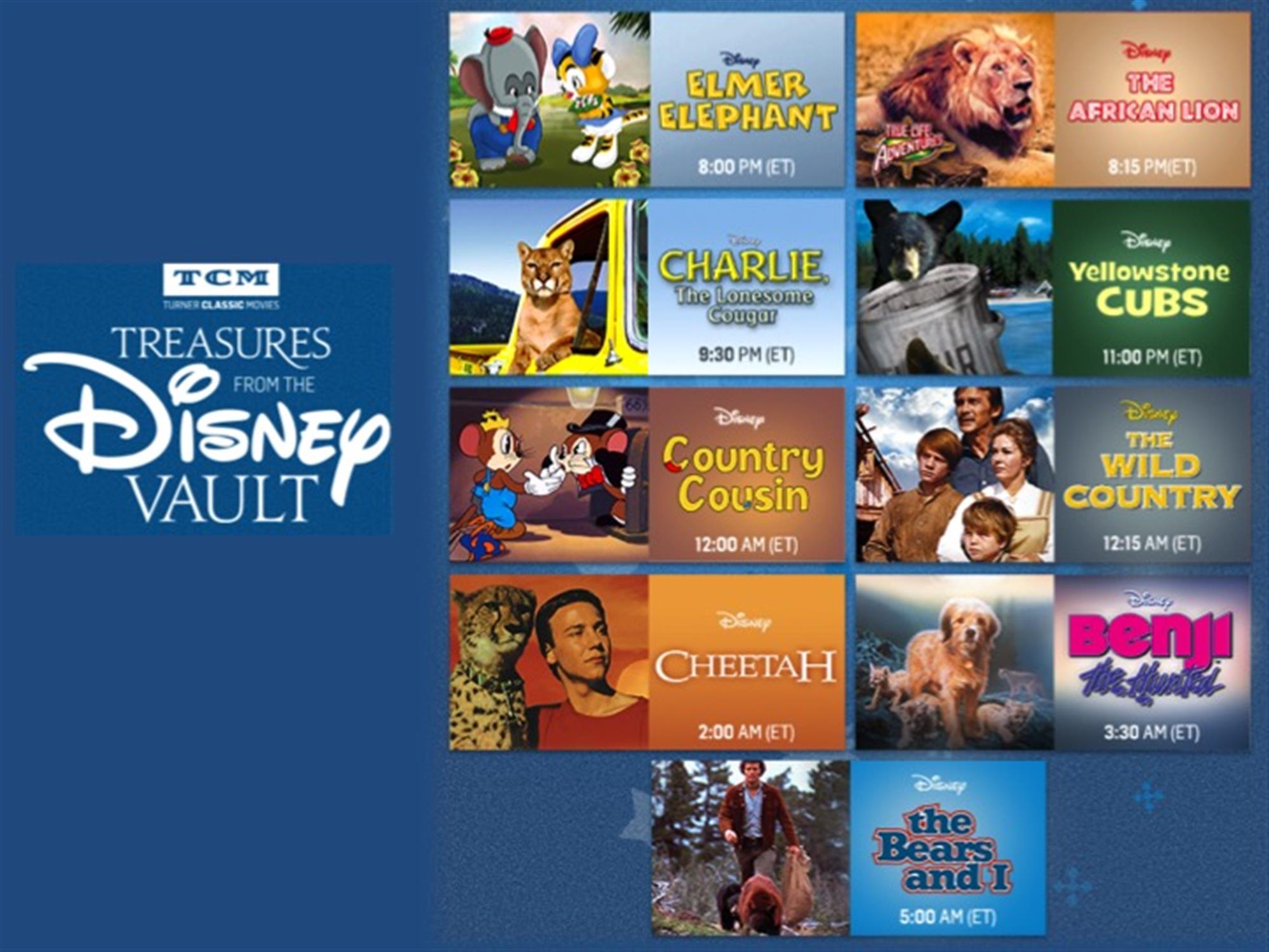 TCM’s Treasures from the Disney Vault returns on Monday, March 25th, with an evening of content themed to wild animals. With Tim Burton’s Dumbo and John Favreau’s The Lion King busting blocks this year, it’s a great way for Disney fans to celebrate the company’s rich history of content with similar themes while looking forward to the studio’s current output. Get ready for an evening of lions and tigers and bears (Oh my!). Walt Disney’s Silly Symphony series introduced the world to many loveable characters who only had one short subject. One that made a lasting impression on me as a child was Elmer Elephant, an underdog story about a young elephant who is made fun of amongst his animal friends. This anthropomorphic tale is full of Disney’s charming 1930’s watercolor style and lovable animal characters that are sure to find their way into your heart.

When Elmer Elephant arrives at Tilly Tiger’s birthday party, he is teased and mocked for his big ears and long nose by all of the other animals. He leaves the party with hurt feelings, but when a fire starts, Elmer is the only one who can save the day.

Like so many others, the moral of Elmer Elephant is that what makes you different and unique can be a strength, not a weakness. Disney told a story with a similar moral a few years later through Dumbo, which is reimagined by Tim Burton later this month. This makes it a particularly inspired way to begin the evening. 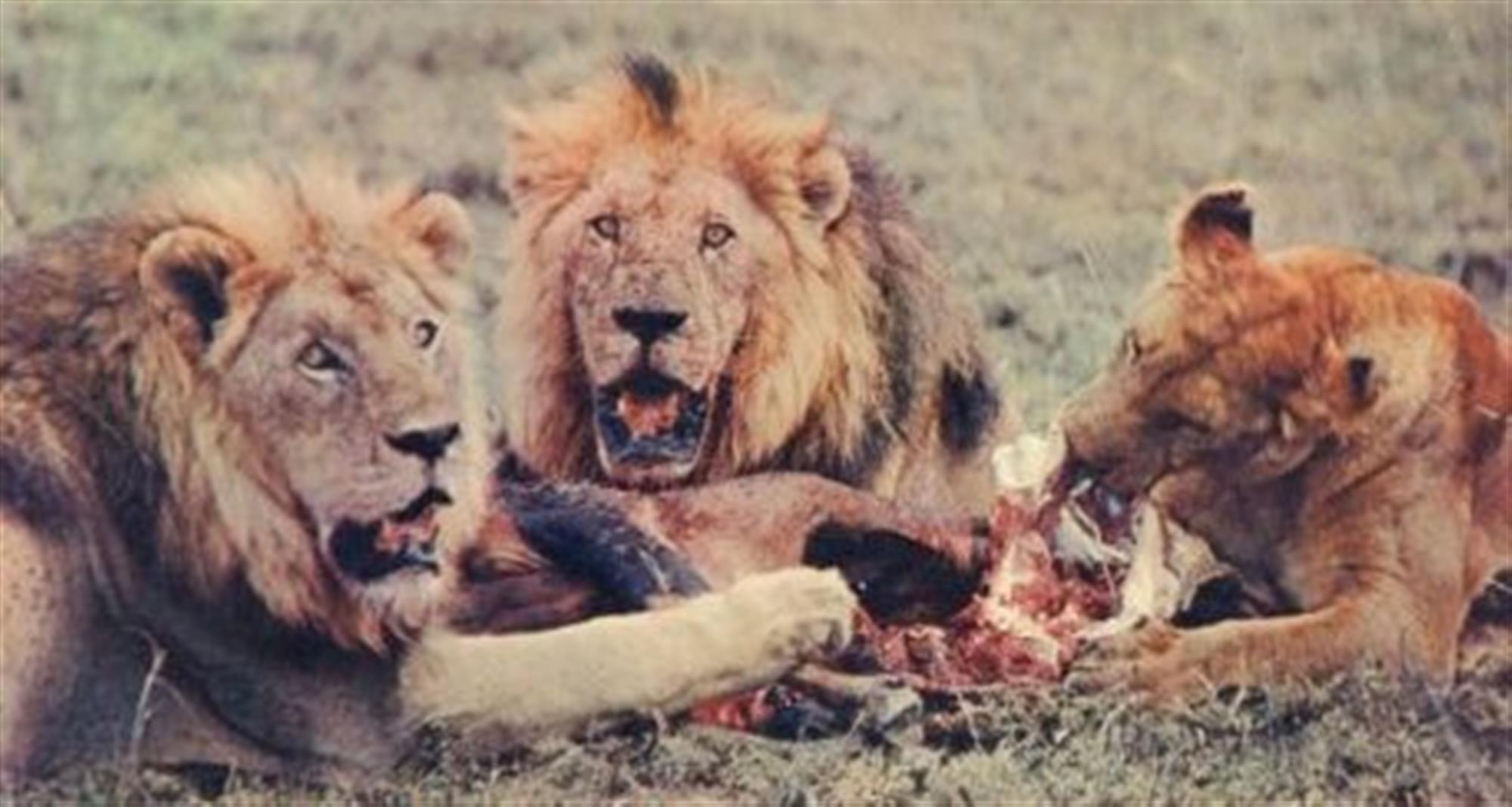 Walt Disney’s True-Life Adventures series began with a series of short films that lead way to full-length feature films. The African Lion was the third full-length film in the series, setting its sights on the African savannah. It’s a locale that we will see twice in tonight’s lineup and one that audiences will obsess over this summer with the reimagined version of The Lion King.

An animated paint brush widens our world to the mighty animal kingdom and the world of African lions. Their daily routines are mostly comical, except when they hunt. Their neighbors and prey all become topics of exploration in this educational feature, including elephants, zebras, wildebeest, giraffes, rhinoceros, and baboons. Moments where lions grab a bite to eat underscore the “Circle of Life” theme that Disney has so ingrained in our minds.

Disneynature revisited the same topic in 2011 with the film African Cats. While Walt Disney’s True-Life Adventures series opened the doors for modern nature documentaries and entire television networks devoted to this same topic, the format has vastly improved over the years. While The African Lion is one of the better True-Life Adventures films, modern audiences will likely find it dull in comparison to modern nature films. But while watching, appreciate the fact that a small team of cinematographers spent three years in the African savannah to bring you this footage.

Recommendation: “The African Lion” is a nostalgic look at the early days of nature documentaries, but pales in comparison to the modern equivalent. Skip it if this doesn’t interest you. Long before the term “cougar” was used to describe middle-aged women on the prowl, Charlie, the Lonesome Cougar made an entire generation of kids fall in love with these mountain cats. Filmed entirely on location in Canada, this Rex Allen narrated film is one of the better ones, in large part due to a likable human cast.

Charlie is an orphan cougar who is rescued by a man named Jess. While he grows up around people in his logging town, he also grows to miss the company of his own kind. When he reaches maturity, he returns to the wild. But without the skills he would have learned from his mother, he eventually needs Jess’ help in order to end his loneliness.

Charlie, the Lonesome Cougar features a lot of moments that would make modern animal rights activists cringe, but is still a great example of how Disney used animals to tell fantastic stories. It features some breathtaking cinematography and it’s easy to see why it was so fondly remembered. Fans of Disney’s animated classic, The Jungle Book, will be interested to know that Charlie was originally released to theaters on a double bill with that animated feature.

Recommendation: “Charlie the Lonesome Cougar” is a shining example of Disney’s evolution away from “True-Life Adventures” and towards scripted, narrated animal films. I wouldn’t call it a “Must-see,” but it’s not a bad way to spend 90-minutes. 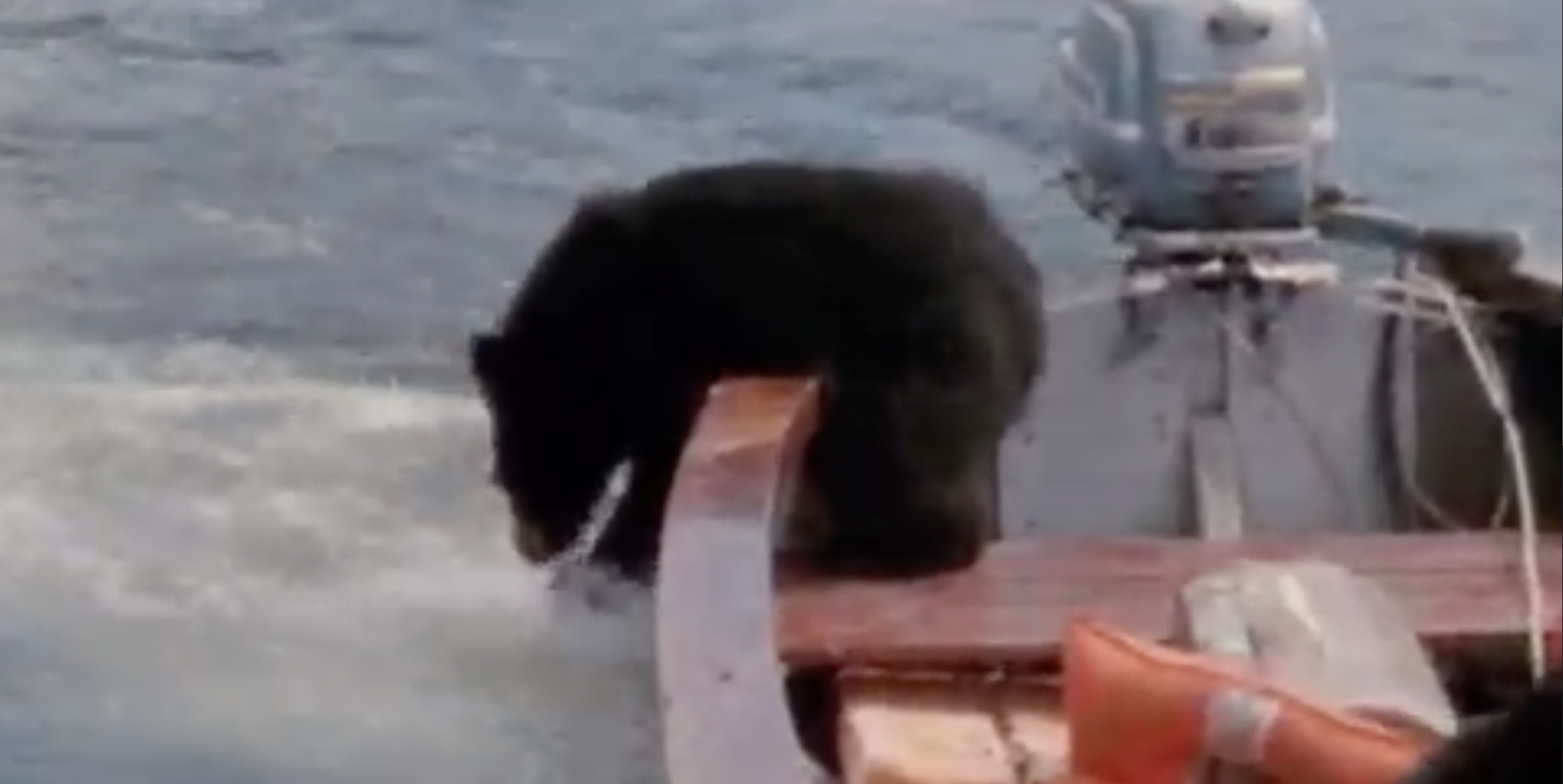 Moving from Canada to Wyoming, this next film is technically feature-length as it’s barely over 40-minutes long, pun intended. Initially attached in theatersto Savage Sam (sequel to Old Yeller), The Yellowstone Cubs found its biggest audience through repeat airings on The Wonderful World of Disney.

Nakoma is a mama bear with two cubs, Tuffy and Tubby. When the mischievous cubs run off, Nakoma scares tourists while trying to find them and is relocated to the outskirts of Yellowstone National Park. Meanwhile, her cubs spend the entire summer roaming the park and having a lot of fun.

The film lives and dies by cute baby bear sequences, with a simple premise and predictable ending. It’s the perfect length, allowing the animal antics to not run stale. Disney fans should listen for a cameo of a classic song, “Zip-A-Dee-Doo-Dah.” It’s also narrated by Rex Allen, most infamous amongst Disney fans from the theme park attraction Carousel of Progress and the original singer of “There’s a Great Big Beautiful Tomorrow.”

Recommendation: “The Yellowstone Cubs” is a surprising highlight of the night and a rare live-action Disney short. Don’t miss it. 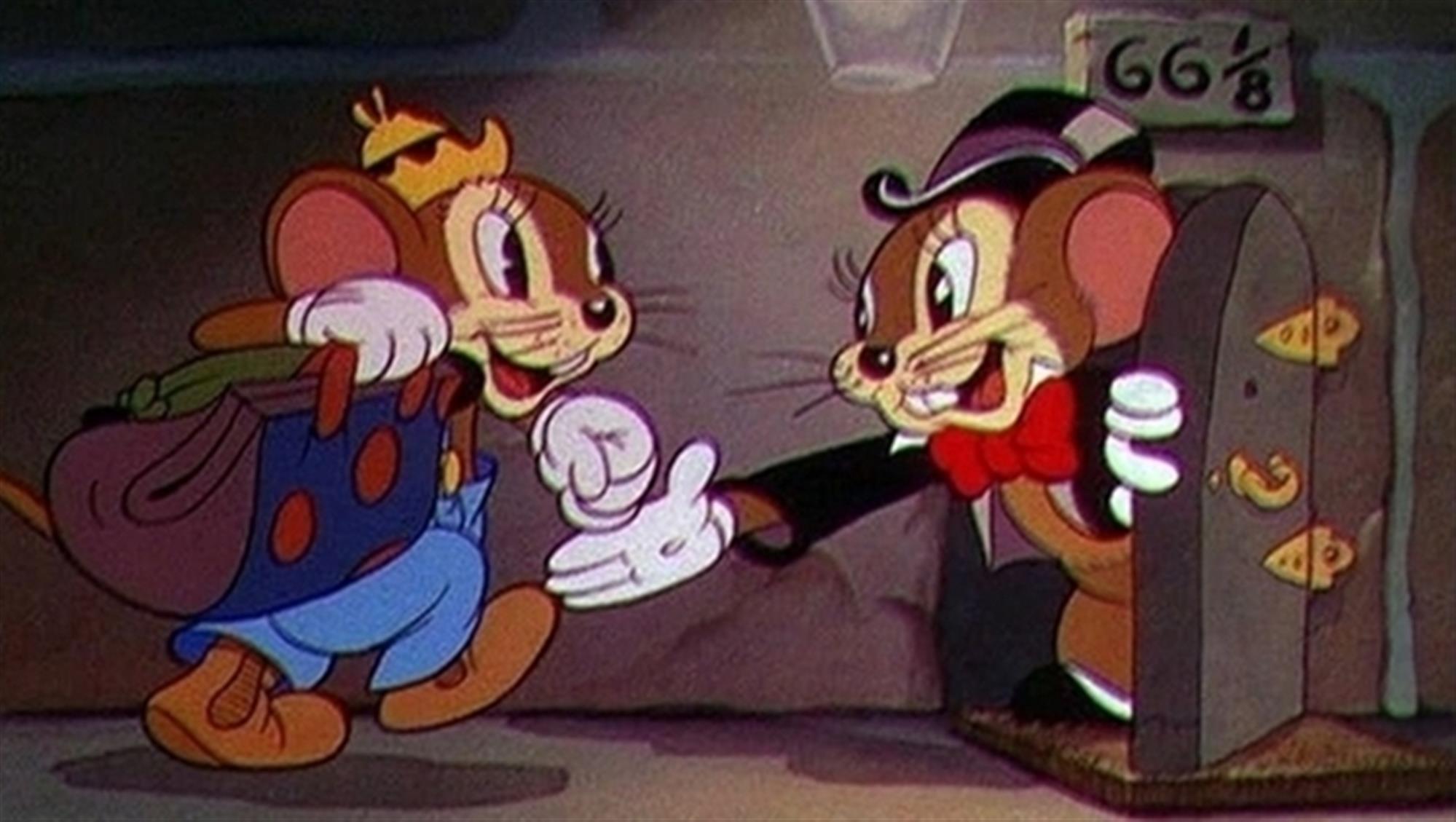 The Aesop Fable The Town Mouse and the Country Mouse comes to life as an animated Silly Symphony in Walt Disney’s The Country Cousin. This is yet another shining example of the Silly Symphony series at its best, which also gave the world such classic shorts as The Three Little Pigs, The Ugly Duckling, and The Tortoise and the Hare.

When a sophisticated city mouse invites his country bumpkin cousin for a visit, they discover just how different their worlds really are. Abner, the country mouse, doesn’t have the refined etiquette or social manners of his city cousin Monty. And lacking an understanding of big city living, he finds the city to be a far more dangerous place to live than his rural home.

Told with no dialogue, The Country Cousin is a pantomime short set to music. 1930’s social norms are on display and it’s interesting to think about how this short would play if it were remade for a 2019 audience. Of particular interest is the fact that this short stars two mice who bear little resemblance to Mickey and his pals.

Recommendation: While not as charming or memorable as “Elmer Elephant,” animation is the hallmark of the Walt Disney Company and fans should absorb as much of it as they can. Stick around for “The Country Cousin.”

The night is still young! Proceed to the next page to see the rest of the night’s lineup.