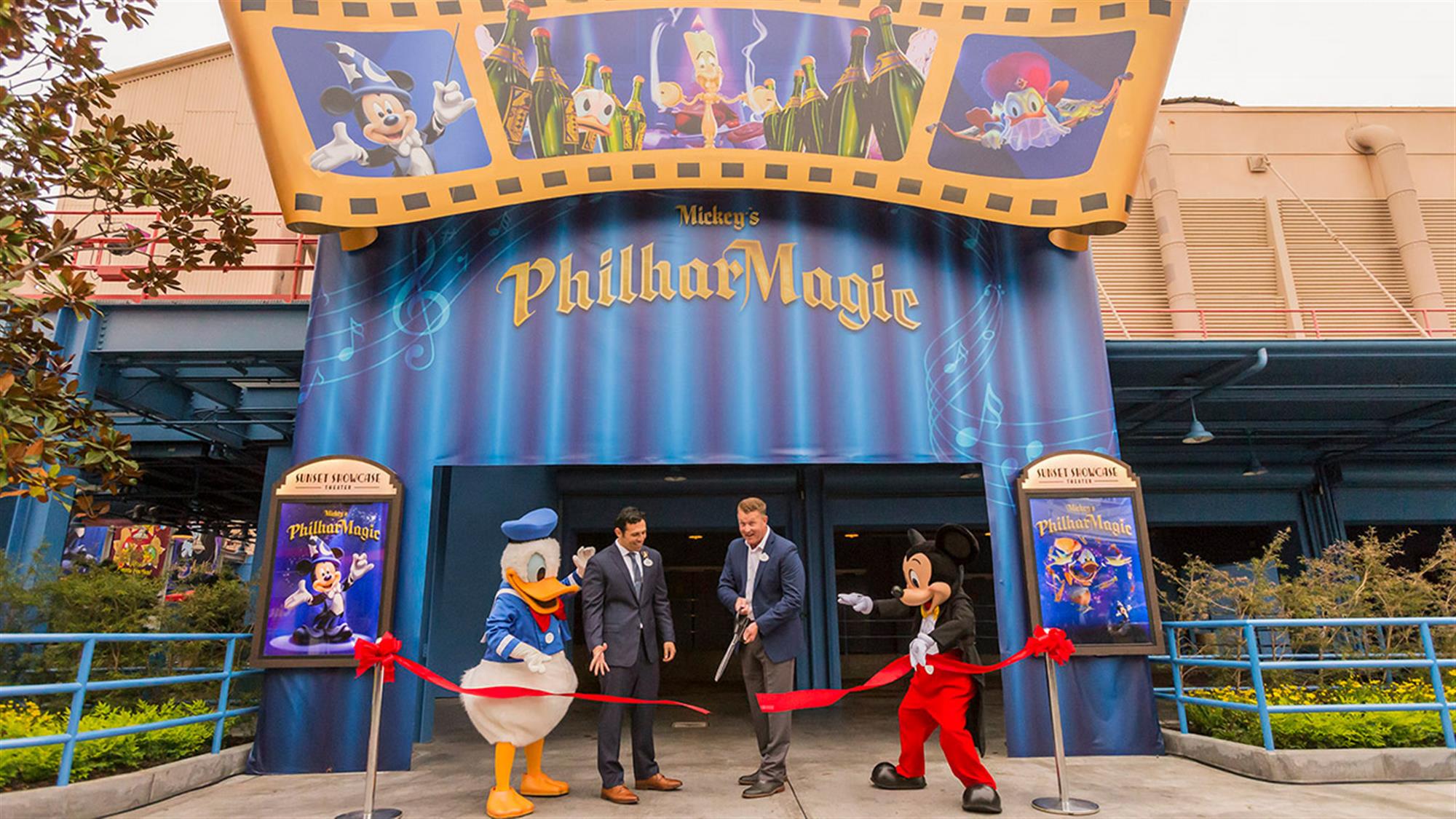 Come along and sing some songs and join the… orchestra? Mickey’s PhilharMagic has made its way from its original iteration at Magic Kingdom theme park in Walt Disney World (and other locations at Hong Kong Disneyland, Tokyo Disneyland, and Disneyland Paris) to another new home in the Sunset Showcase Theater at Disneyland Resort’s Disney California Adventure park.

Guests in the Hollywood Land area of DCA can now enter the former home of Muppet*Vision 3D (not to mention For the First Time in Forever: A Frozen Sing-Along Celebration) to enjoy the newly installed Mickey’s PhilharMagic 4D film attraction, which stars Mickey Mouse and Donald Duck in a musical tribute to Disney animation.

“Head to Hollywood Land to see the spectacular magic of Disney animation and music jump to life on the screen and walls of the Sunset Showcase Theater. You’ll enjoy watching Mickey Mouse, Donald Duck and other favorite Disney characters come to life! As Donald prepares the orchestra for Mickey, he comes across the conductor’s baton and Mickey’s Sorcerer’s Hat. A little magic goes a long way and proceedings go awry! Donald is unexpectedly plunged into a high-definition 3D dream world and you’re taken along for the ride.”

With sequences inspired by the hit Walt Disney Animation Studios films Beauty and the Beast, Aladdin, The Little Mermaid, and Peter Pan, families and Disneyland Resort guests of all ages won’t be able to resist clapping and singing along with Donald and his misadventures through the worlds of these movies, meeting some very famous and popular characters along the way. 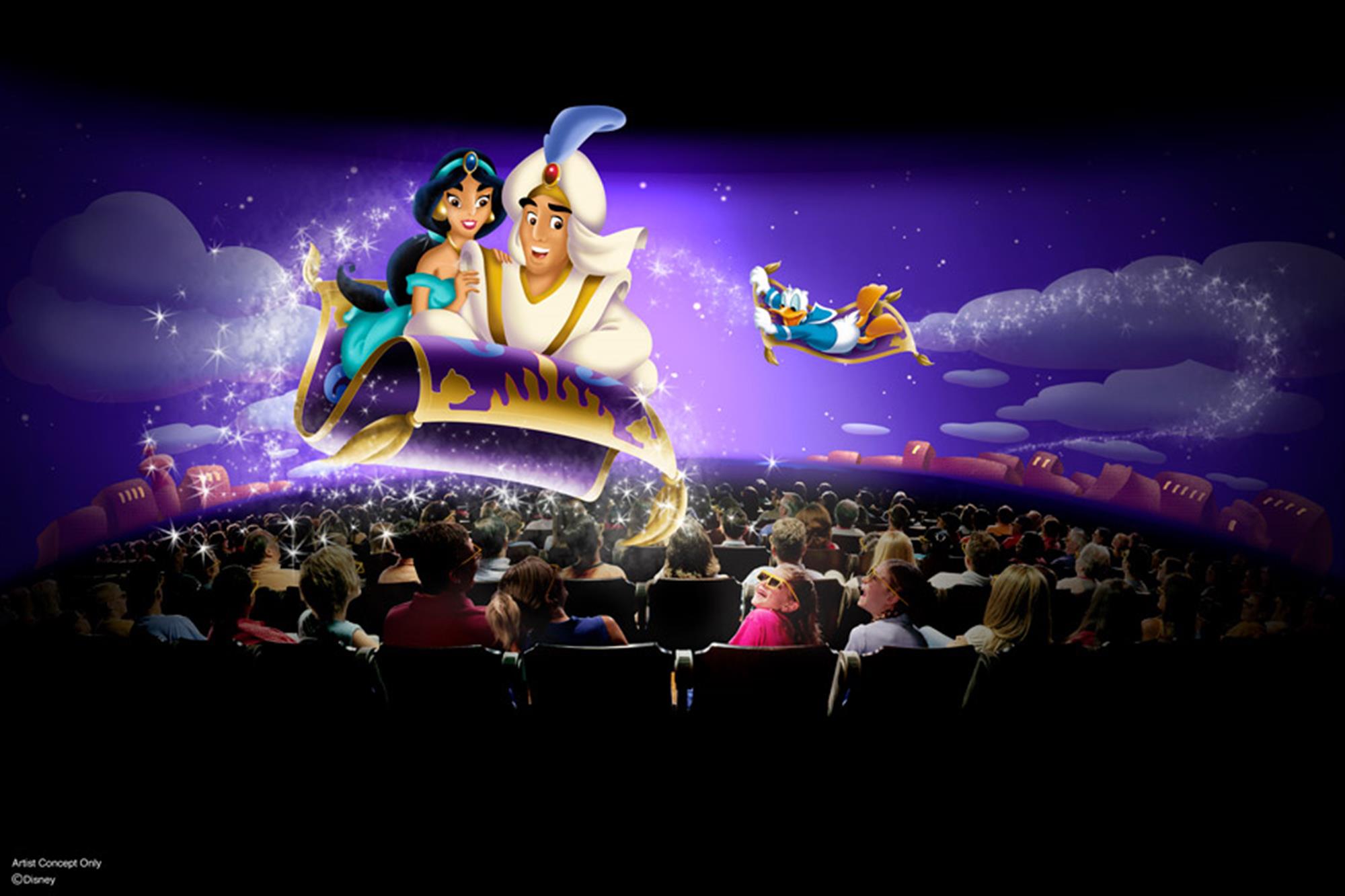 Yes, I saw Donald’s backside in the rear of the theater, but wasn’t quick enough to get a pic. #MickeysPhilharMagic #DisneyCaliforniaAdventure @DisneylandToday pic.twitter.com/XWRx7eKNZP