Since we last checked in on the box office, Avengers: Endgame has officially taken the world by storm and kicked off the summer season with a bang. In fact, in my predictions, I said it would make $305 million domestically. To be honest, I thought that was bold, but then it blew away all predictions with $357 million, nearly $100 million more than the previous record. At this point in time, the film is trying to reach Avatar to become the highest grossing film of all-time worldwide, but with the onslaught of films coming out, that is beginning to look less and less likely. Plus, it doesn’t help that some of those movies are Disney’s own, like this week’s Aladdin. 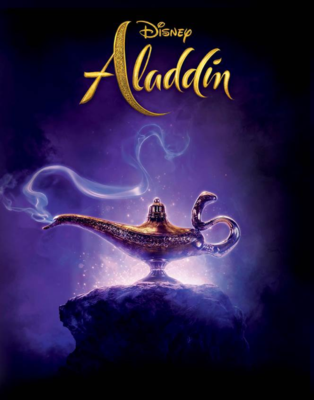 Aladdin is looking to put Disney back at the top of the box office after John Wick 3 briefly took the top spot last week. While Dumbo was maligned by critics and fans weren’t huge fans either, there has been some positive word of mouth about Aladdin, despite the Rotten Tomatoes score currently sitting at 59%. However, I’m sure I’m not in the minority when I say that I’m worried because I still don’t like the choice of Will Smith as the Genie. That being said, I’m seeing it this weekend, as I’m sure many others will, so let’s dive right in to who else will be seeing it. 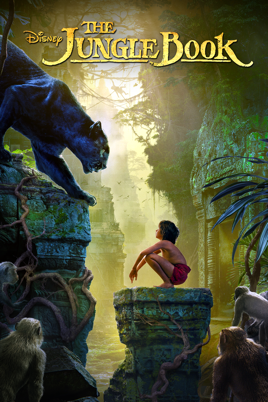 Currently, the industry is expecting a four day weekend anywhere between $70 million and $100 million. The film is proving relatively hard to predict because of Memorial Day grosses going down over the last few years. The particularly divisive nature of the film is also making it hard to get a handle on, especially with how beloved the original Aladdin is by so many people. Though it gets overshadowed by the films it came between (Beauty and the Beast and The Lion King), Aladdin does have a bigger theme park presence than them, meaning there must still be a lot of love for Prince Ali.

Personally, I’m on the fence about how much money Aladdin will make this weekend. I think that it will hold well because there is not another big, family-friendly movie being released until The Secret Life of Pets in three weeks, but the hold doesn’t help what we are talking about now. There are just so many variables and with it being a four day weekend, that also affects the daily hold as we’ll see in a bit.

With all of that in mind, I’m predicting a total four day weekend box office of $103.4 million for Aladdin.

With the whole weekend prediction handled, let’s take a closer look at how Aladdin will fare each day of the weekend. To help with my predictions, I looked at some other Disney Live-Action Reimaginings as well as some other Disney films released on Memorial Day weekend in the last couple of years.

I like the comparison of The Jungle Book and Aladdin because they have an opposites things going for them. Whereas The Jungle Book was a good animated film that had a great reimagining, Aladdin is a great animated film with a good reimagining. I could see those differences balancing each other out to an extent and leading to a similar weekend. Next, we have Beauty and the Beast, which isn’t the greatest comparison, but considering the original film was released a year before Aladdin, I figured it needed to be in there.

Now, we come to our Memorial Day films with Solo from 2018 and Pirates of the Caribbean: Dead Men Tell No Tales from 2017. Both of these films are great comparisons to Aladdin because they were both released on the same weekend of the year and were deemed unnecessary films. No one particularly wanted either of those films, and it showed with their box office, so we’ll have to see if Aladdin ends up suffering the same fate, since no one was particularly excited about it either.

*Note: Averages are just for Solo and Pirates.

As you can see, the results for The Jungle Book and Beauty and the Beast aren’t the most relevant in this case because films play much differently over a holiday weekend. Solo and Pirates 5 followed a pretty close path in terms of their average gross throughout the weekend, so my predictions followed that same line, with Pirates taking a heavier influence because of it skewing a little more family-friendly than Solo.

When you put everything together, I think we’ll see Aladdin make $32.6 million on its opening Friday, which would be 31.6% of its opening weekend, roughly in line with the average. On Saturday, I see it dropping 20% to $26.1 million, 25.3% of its weekend total. Generally, family-oriented films play better on Saturday, but with some schools being out and having a longer weekend, I think we’ll see a little steeper drop as more people went Friday. Coming to Sunday, I think the film will hold really well, dropping only 5% to $24.8 million, 24% of the weekend. On a holiday weekend, people are likely to see shows later in the day on Sunday, so the hold should be great. Finally, I foresee another 20% drop on Monday to $19.8 million and 19.2% of the gross. By then, word of mouth should kick in and with these neutral reviews, I think we’ll see a roughly normal Memorial Day drop.

All in all, I think that Aladdin will still be on the higher end of expectations, but if it doesn’t break $100 million, I wouldn’t be surprised either. It has already been such a divisive film, so there’s no reason for that to change now. And don’t forget to check back on Friday to see how I did.