As expected, 2019 has already been a whirlwind of a year for the Walt Disney Company at the box office. It currently has the three highest-grossing movies of the year domestically and worldwide in Avengers: Endgame, Captain Marvel and Aladdin, with other highly anticipated releases like The Lion King, Frozen 2 and Star Wars Episode IX: The Rise of Skywalker still to come. But oh wait, that’s not even mentioning what could be the biggest animated film opening of all-time debuting this weekend in Toy Story 4. 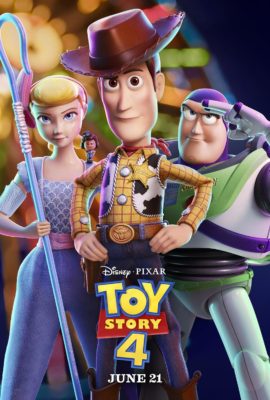 Every time a new Toy Story movie is released, people ask “Why? The last one was so great, so why make another?” And my answer is always “Because it’s going to be totally wicked!” The Toy Story franchise put Pixar on the map and even with enormous expectations on its shoulders each time, each new movie never disappoints. It is undoubtedly the best-reviewed film franchise of all-time, and at times it gets lost in the shuffle because all of the films get lumped together.

With those kinds of expectations, it can be hard to put an accurate estimate on how much money this movie is actually going to make this weekend because it is in uncharted territory where there are almost no films that have the same clout as Toy Story 4. 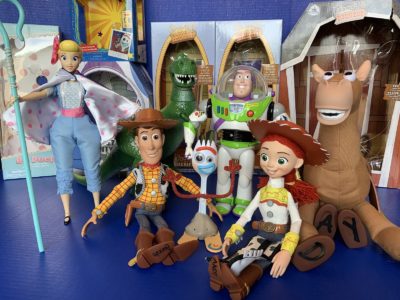 At this point in time, Toy Story 4 has already broken multiple presale records for tickets, selling more in its first 24 hours than the next three highest preselling animated films of all-time combined. I will admit, presale tickets aren’t the best judge for an animated film because many families show up to the theater to buy their tickets on the day of the showing, so instead let’s look how the film will be released in over 4,500 theaters nationwide, the fourth-most ever. Plus, the box office has been barren these last few weeks with nearly every film underperforming, so Toy Story 4 is truly coming at the perfect time to invigorate life into the box office and hit somewhere between those $160 and $200 million predictions.

Now I’m becoming known for my overly ambitious box office predictions here at Laughing Place, and this week is no exception. To see a beloved franchise return to such amazing aplomb from the critics, especially a franchise that truly appeals to people of all ages, means I’m expecting an overall box office take of $172.5 million this weekend. 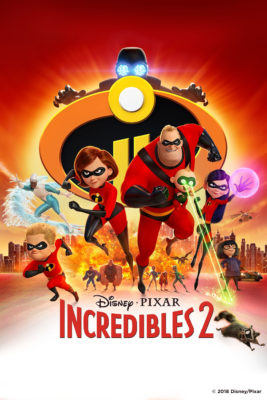 With the total weekend prediction in the bag, let’s take a closer look at how Toy Story 4 will fare each day. To help me better shape the film’s day-to-day gross, I focused most importantly on Incredibles 2 because it had a level of hype around it that even Toy Story 4 cannot match because of how people had wanted a sequel to The Incredibles for over a decade. Similarly, Finding Dory was also used as a comparison because of its high- anticipation as well as its setting the opening weekend record for an animated film like Incredibles 2. I also added in Inside Out because its critical reception was a 98% on Rotten Tomatoes just like Toy Story 4. Finally, I threw in Toy Story 3 just because I felt like I had to.

Personally, I think we are going to see Toy Story 4 play a lot closer to Inside Out and Toy Story 3 than I do Incredibles 2 and Finding Dory in terms of its box office breakdown over the weekend. That would seem counterintuitive considering that the latter films released later, but they also had that excess hype front-loading their box office take. On the other hand, it has only been nine years since Toy Story 3 and since then we’ve seen numerous Toy Story shorts and even multiple lands, so the need to go out and see the film the first night won’t be as high and will help spread the gross across the entire weekend.

Moving onto the Friday gross, I’m expecting the film to make $65.2 million, for 37.79% of the weekend gross. This figure is a little below average and supports my claim that the box office spread will happen over the whole weekend.

On Saturday, I expect the film to pull out $58 million, which would be 33.63% of the weekend gross and a drop of 11%. Now I’ll admit, this drop is very bold and few movies outside of a holiday weekend see this small of a Friday to Saturday drop. That said, many animated films actually rise going from Friday to Saturday (during the school year, though), but I can see parents waiting until the weekend to go as a family.

Finally, I expect it to keep up the great work on Sunday dropping 15% to $49.3 million, 28.58% of the weekend gross. If you look at the data above, Sunday grosses were all over the place, so I tried to stay relatively in the middle on this one and not try to break the wheel too much.

Overall, let’s see what Forky can do and how many people he and his friends can bring to the box office. I don’t think it will quite be enough to break the animated opening record, but it is definitely guaranteed to bring in a ton of money and further solidify Disney as a box office champion who simply cannot be stopped this year.

So be sure to check back Monday and see if my crystal ball actually came through for once.