The live-action version of The Lion King has finally hit theaters and is ready to wow a brand new generation of audiences. To kick off the run, El Capitan in Hollywood had a special Sunrise Screening early Friday morning to treat all the fans who just couldn’t wait any longer. 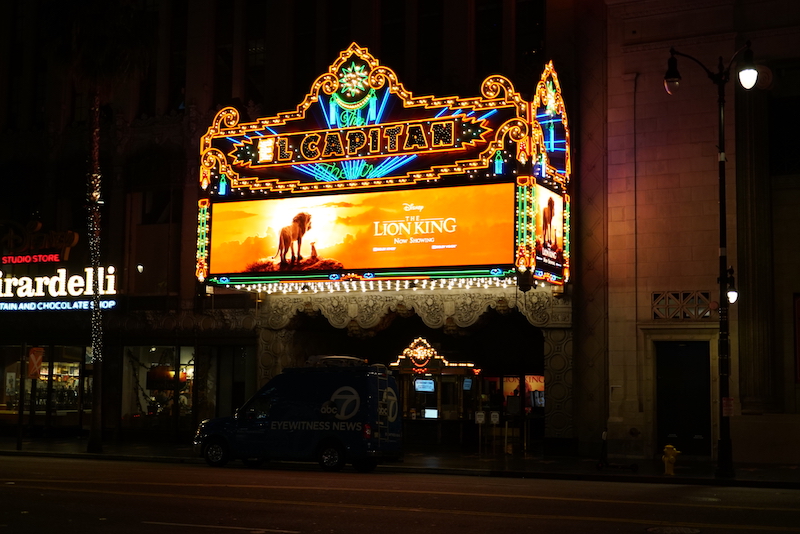 Guests were invited on stage of the classic theater to take a picture with a massive version of Pride Rock straight out of the savanna. There was also another photo opportunity downstairs in the museum area that plays off the classic silhouette from the film’s beloved song, Hakuna Matata. Along with the second photo op, guests could also view photos of the film's characters gazing into the eyes of the actors that portray them.

To top it all off, guests were also given a list of goodies including a popcorn bucket, poster, and the musical ocarina cup you can find at certain Disney Parks. Being that the theater opened at 4 a.m., they even provided breakfast in the form on General Mills cereals and Go-Gurt. Coffee, tea, and one additional beverage of choice were also included.

You can see The Lion King for yourself at the El Capitan now through September 2nd. For tickets and all up to date information, check out El Capitan’s official website.