Richard Curtiss’ 1994 hit comedy Four Weddings and a Funeral opened the door for some infamous films that include Bridget Jones’ Diary, Notting Hill, and Love, Actually. Twenty-Five years later, the story is being revisited and updated for a 2019 audience through a new Hulu series, co-written and produced by Mindy Kaling. Viewers will feel the influence of many Richard Curtiss projects in this adaptation.

Four best friends from college reconnect at one of their weddings in London. When the groom leaves the bride at the altar, it sets off a chain of events that lead to, you guessed it, three additional weddings and a funeral. But unlike the 1994 film that only showed characters at ceremonies and caught audiences up on the in-between drama through dialogue, the series follows them between these once-in-a-lifetime events. Don’t expect the characters or situations to be identical either, leading to plenty of new surprises.

While the series is certainly an ensemble piece, most of the action centers around Maya (Nathalie Emmanuel from Fox’s Maze Runner film series). Her complicated love life leads to the juiciest or most shocking moments in the seven episodes I previewed for this review. But the other characters lead to the biggest laughs and they’re the reason I found myself eager for the next episode. 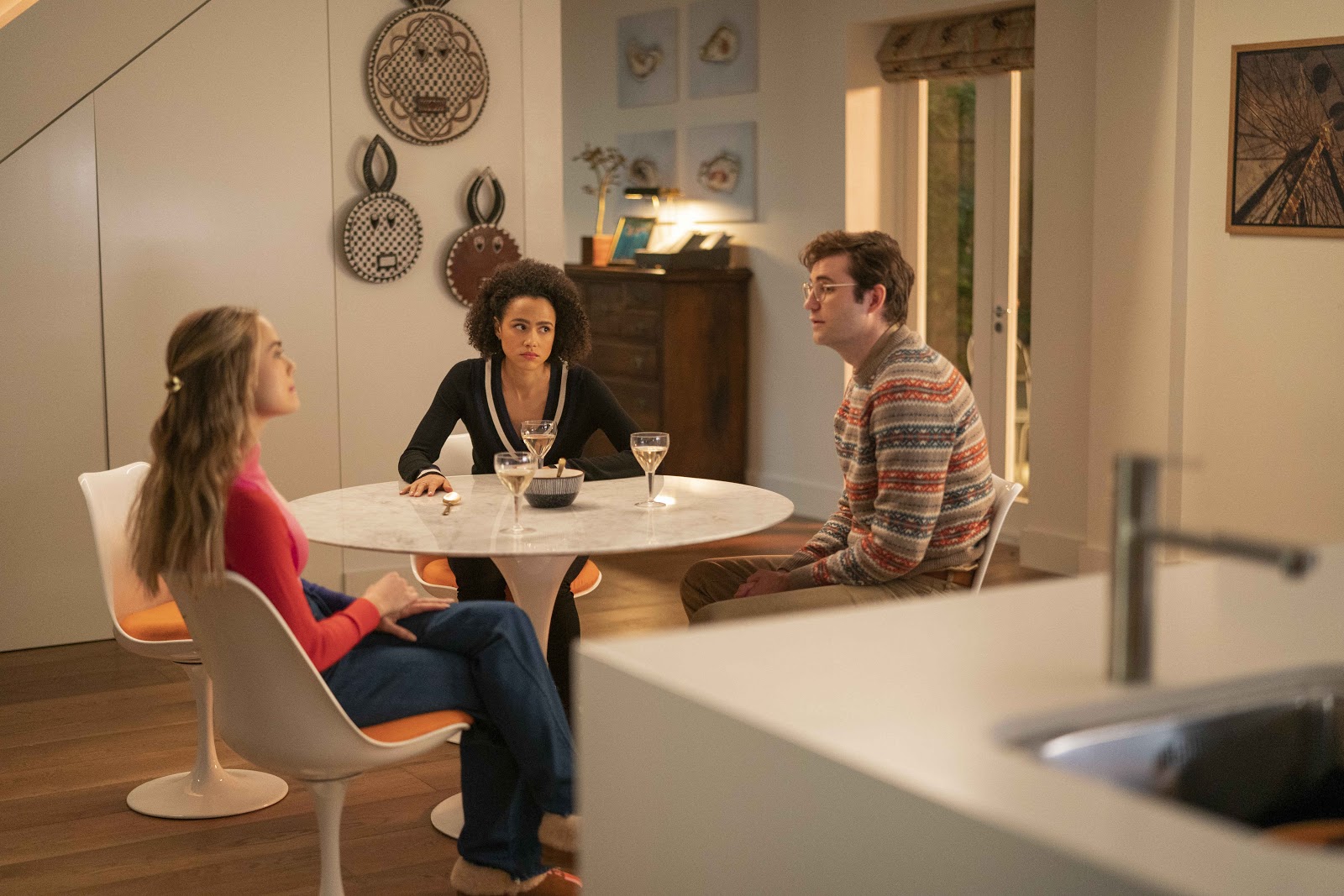 My favorite coupling is Craig (Brandon Michael Smith from Sonny with a Chance) and Zara, who are always on the rocks over Zara’s extravagant lifestyle. The hilarity gets amplified when she joins a themed dating show called “Love, Chalet” to get revenge on him. Zara is one of the liveliest characters on the show, and surprisingly one of the few British lead characters.

The dichotomy of having American characters dominating British settings takes some getting used to, but a few of the leads are British. Kash (Nikesh Patel from Disney’s upcoming Artemis Fowl) is the groom-to-be in the pilot and unintentionally shakes things up for the entire group. Gemma (Zoe Boyle from ABC’s The Astronaut Wives Club) represents the upper crust of Brittain’s class structure and it’s fun to watch her unravel through the episodes.

I love Bridget Jones’ Diary and I quite like Love, Actually, but I don’t believe I’ve ever seen the original Four Weddings and a Funeral. Therefore, I can’t really say how this series holds up to the original film. But compared to the two Richard Curtiss films that I watch annually around the holidays, I will say that it underwhelmed me a little bit. It’s more like Love, Actually than anything else, but all of the couples are connected from the start rather than revealed in the end. Your enjoyment depends almost entirely on how much you care about Maya since she is the central character and I grew tired of her quickly. The “Will they/won’t they” routine grows tired quickly between her and several of the other characters. 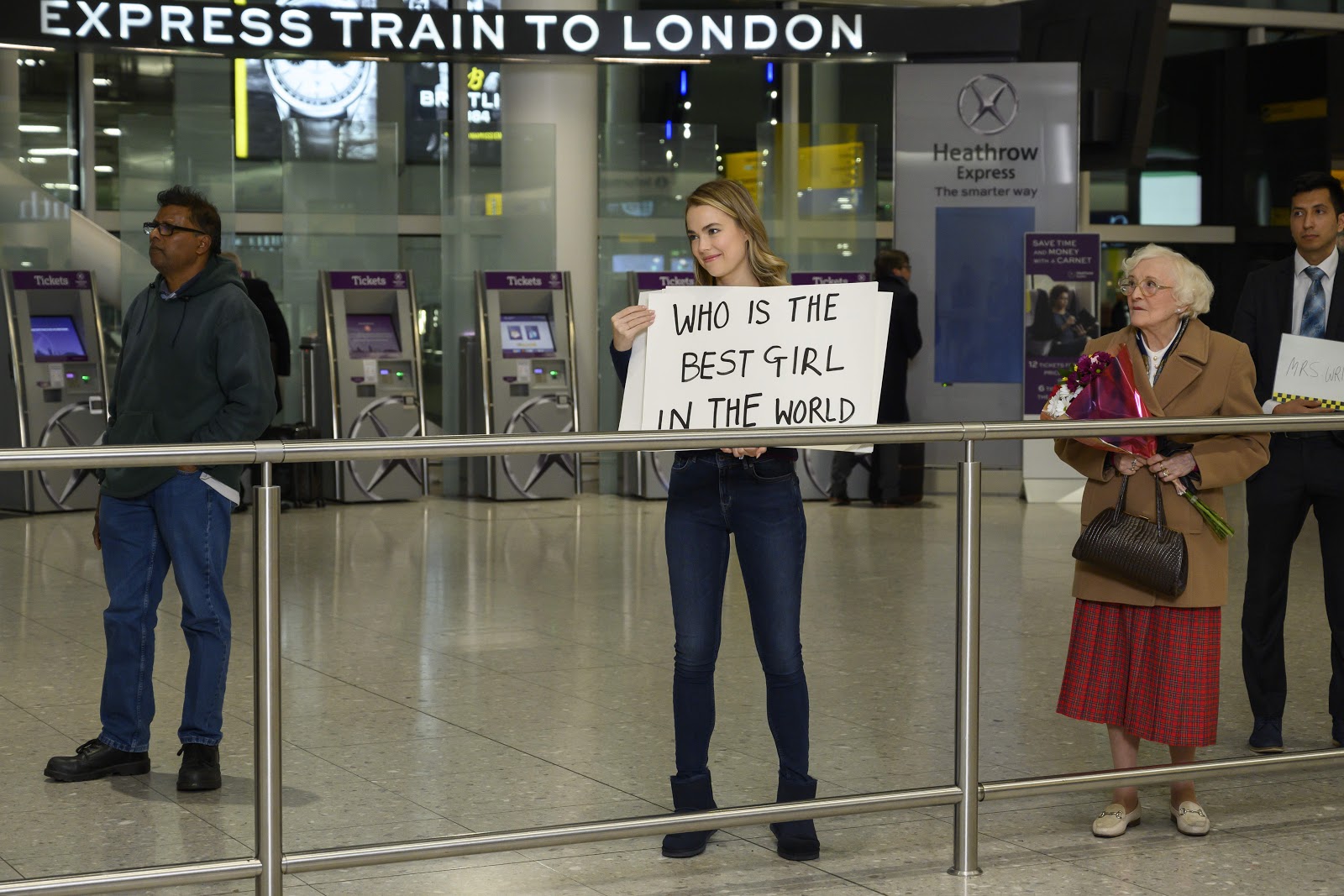 If you’re a big Richard Curtiss fan, I encourage you to give Hulu’s Four Weddings and a Funeral a chance to impress. The show’s biggest hurdle will be comparison’s to the original film or the other great films Richard Curtiss has given us over the years. But it does recapture some of the magic of those stories and for that reason, there’s definitely something to love in this new take on the story.

I give Four Weddings and a Funeral 3 out of 5 Meryl Streep movie references.