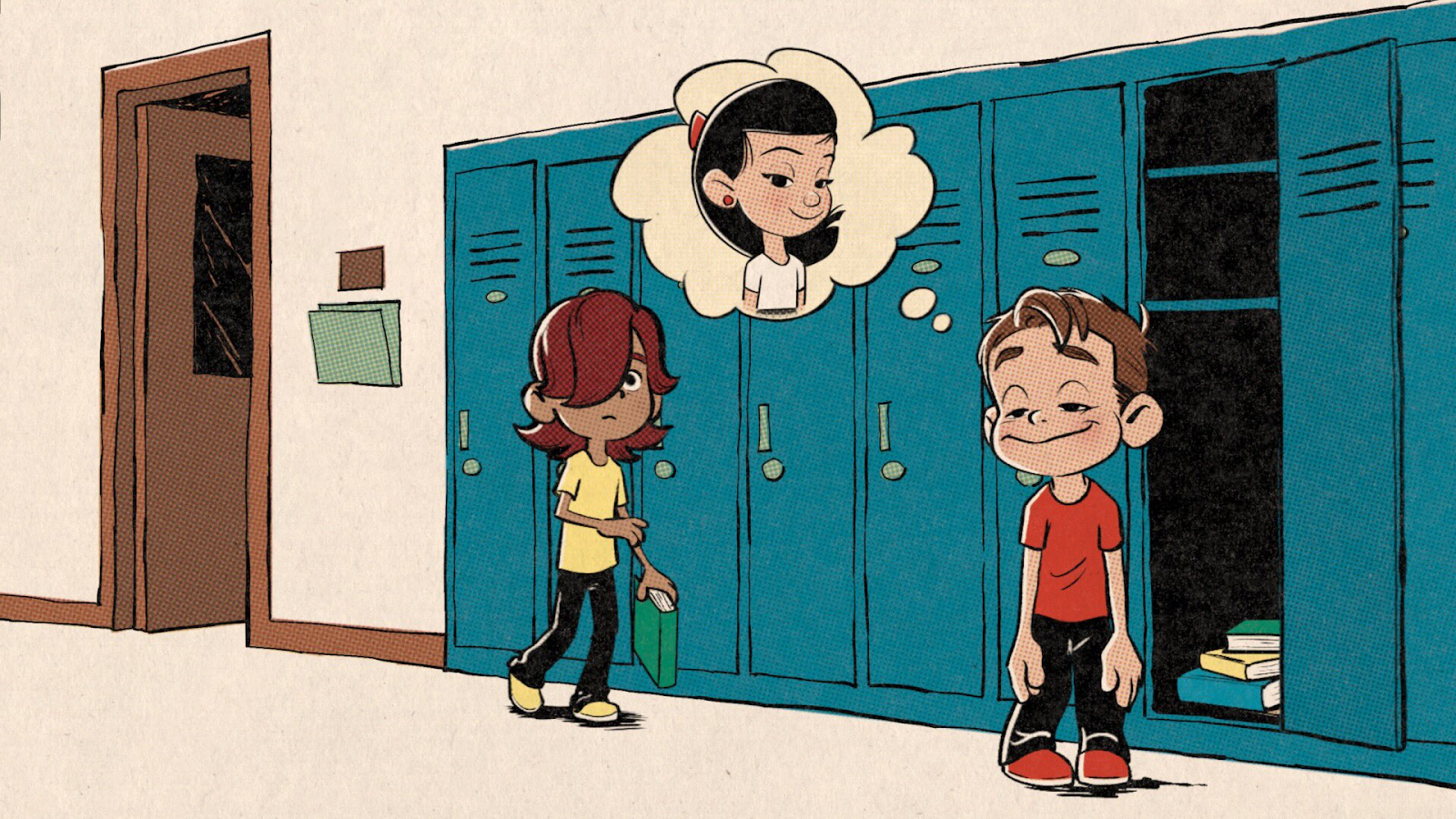 If you’ve ever wanted to live inside the “Sunday funnies,” you’ll get your chance to experience that fantasy through an upcoming Walt Disney Animation Studios Short Circuit film called Just a Thought. You can’t steal a frame with Silly Putty, but you’ll be tempted to. This animated motion comic does such an amazing job of recapturing the look and esthetic of a newspaper comic strip that you’ll swear you’re dreaming.

Ollie’s thought bubbles betray him at school when they start to show his class how much he likes a girl. No matter how hard he tries to stop it, his thought bubble has a mind of its own and really wants the boy’s crush to notice how much he thinks about her. Hilarity ensues as he tries everything imaginable to hide the thoughts that float above his head and in some cases, even push him around.

Director Brian Menz has been an Animator at Disney since 2008 with Bolt and has also leant his talents to several Blue Sky Animation films, which Disney inherited with the Fox acquisition. He loved comics like Peanuts, Garfield, and Calvin and Hobbes growing up, which he would cut out and save.

To recapture the look of a newspaper color comic, Menz magnified one of the comics he saved from the 1980’s to pay close attention to the way the yellow, magenta, and cyan dots lined up in the four-pass printing process. He remained mostly true to this color palette for the entire short, but cheated a little bit by adding brown. The short was also a family affair for Menz, who named the main character after his eldest son, while a younger child provided the voice. Even the plot borrows from his relationship with his wife, his childhood sweetheart.

Just a Thought is full of charm and heart. If nothing else, it will put a big smile on your face while perusing all of the content on Disney+. It would be easy for something like this to get lost in the shuffle of all that great Disney content, but I promise that seeking it out will be worth your while.

I give Just a Thought 5 out of 5 thought bubble babies.

You can see Just a Thought exclusively on Disney+