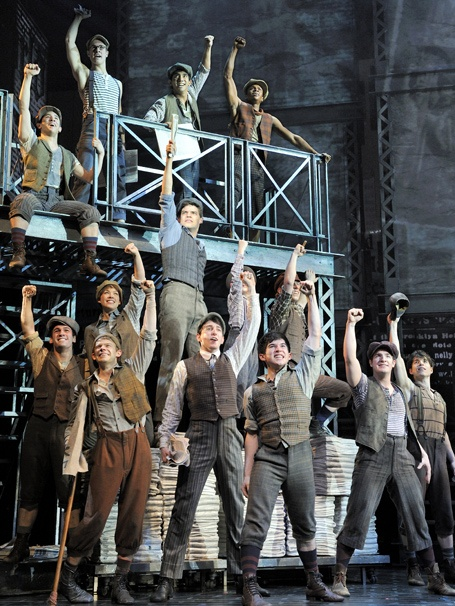 I vividly remember the first time I heard of Disney’s Newsies. It was 2000 and I was a freshman in high school where the theater kids in my school’s production were having an after party where all they wanted to do was watch it. I didn’t go to that party and little did I know what I was missing. It wasn’t long after that the film received its first DVD release and I fell in love with it. When it opened on Broadway in 2011 for what was meant to be a short run, I had to go see it.

That limited run sold out so fast that it got extended, running for several years and spawning a long-running tour that wrapped up in 2017. At the conclusion of the tour, Disney Theatrical reunited the original Broadway leads and professionally filmed the show at Los Angeles’ historic Pantages theater. Initially released to theaters as a Fathom Event, “Fansies” can catch this version several times this month on Freeform’s “30 Days of Disney” programming event.

As much as I love the 1992 Kenny Ortega film version starring Christian Bale before he became Batman, the stage adaptation is far superior in many ways. It’s better paced, has a better romantic subplot, makes better use of the songs, and has far better singing (sorry, Batman). Alan Menken expanded his score for the stage show as well, meaning there’s more music and by extension, more bell kicks. Between the stage show and tour, I ended up seeing this version live on three separate occasions. 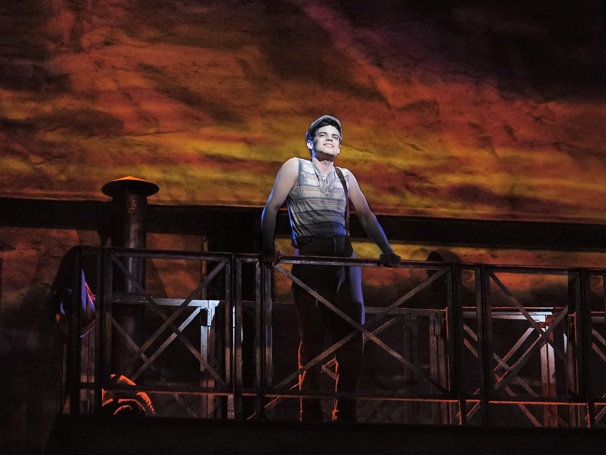 Jack Kelly (Jeremy Jordan, Tangled: The Series) is a newspaper seller (“Newsie”) at the turn of the century in New York City, a sort of guardian for the younger newsies and a disabled friend named Crutchie. When Pulitzer raises the price of newspapers for the newsies, Jack leads a strike and catches the attention of the city’s attractive young reporter waiting for her big break.  But Jack and his friends will need to get creative if they’re going to win a fight with one of the most powerful men in the world.

Whether you’ve seen the original film or not, I recommend giving Newsies: The Broadway Musical a chance to impress. I wish Disney Theatrical would film all of their productions before they close. The main push to film this show was allegedly to make it an easier sell to regional theaters and schools, but I feel the same could be true of all their productions. The staging is surprisingly simple in terms of set design, but this production makes it all up with talent and ovation worthy dance numbers. After viewing it, be sure to support your local production the next time your regional theater puts it on. 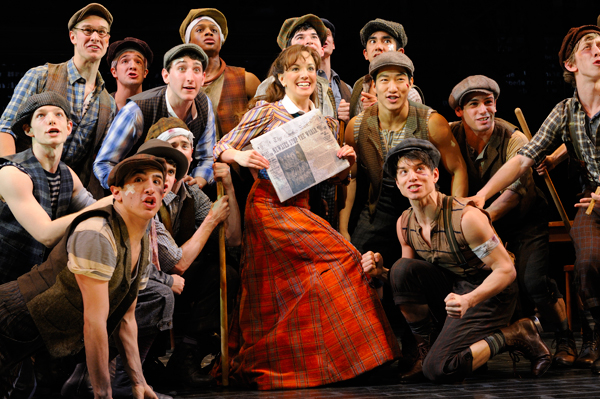 If you’re familiar with the original film version, there were quite a few changes needed in order to turn a cult classic into a successful Broadway show. Bill Pullman's reporter character was combined with the sister of David and Les to create a new character named Catherine “Santa Fe” opens and closes Act 1 rather than being a random ballad after Jack’s character is established. Razzie winner “High Times Hard Times” was cut and replaced with a new song called “That’s Rich.” Other new songs include “I Never Planned on You,” “Watch What Happens,” and “Something to Believe In.” Many of the original songs have been tweaked to fit the story changes and “Once and For All” even comes with new counter melodies, transforming a lackluster song from the film into an unforgettable moment on stage. Add all that to classics like “Carrying the Banner” and “Seize the Day” and it’s easy to see why the show was such a runaway success.

It’s been almost a decade since the Broadway show debuted and my enthusiasm for it hasn’t ceased. My hope is that it not only makes you a fan, but encourages you to explore other theater opportunities.

You can watch Newsies: The Broadway Musical on Freeform’s “30 Days of Disney” on Thursday, September 19th, at 11:30 am.