From the Archives — Illuminations: Reflections of Earth Debuts at Epcot for the Millennium Celebration

The following was originally published in 1999 when Illuminations: Reflections of Earth debuted at Epcot as a part of the Millennium Celebration.

New for the Millennium Celebration is "Illuminations 2000: Reflections of Earth". While this production shares its name with shows that have played on the Epcot World Showcase Lagoon since 1986, this version is all new. This production, by far the most complex ever presented at Walt Disney World, tells the story of the Earth, beginning with Chaos, then Order and finally a Higher Meaning.

The Show Director is Don Dorsey, a Disney star already due to his involvement in the creation of the Main Street Electrical Parade. Speaking of "Reflections of Earth" Dorsey said "My goal was to remind people that our home planet is an amazing place, especially during one of the most unique celebrations in history. This show weaves the story of our planet, using mystical elements that signify unity and peace for all humankind." The show was scored by British television- and Hollywood motion-picture composer Gavin Greenaway.

"We've gathered here tonight around the fire as people of all lands have gathered for thousands and thousands of years before us. To share the light and to share a story, an amazing story as old as time itself but still being written. And though each of us has our own individual story to tell, a true adventure emerges when we bring them all together. I hope you enjoy our story tonight: Reflections of Earth."

The storyteller blows out the torches. The sound of distant drums beat louder and faster and suddenly a shooting star flies across the lagoon and explodes in a large red firework over the center of the lagoon.  Then the sky becomes ablaze in fireworks colored reds and oranges. This section of music is entitled Chaos. The fires and pyrotechnics over the Lagoon illustrate the forces that brought the earth into existence.

The music quiets. The fireworks stop. Several multi-colored fountains dot the center of the lagoon. The Earth Globe, a 28-foot diameter sphere travels from the edge of the lagoon towards the center. The continents are illustrated in hundreds of thousands of light-emitting diodes of various colors.

The images displayed celebrate human diversity and the unified spirit of humankind. Illustrating the history of this magnificent planet, images of animals are first seen followed by ancient cave drawings, various people walking and eventually the amazing inventions created from man's desire to travel and explore. The outline of the World Showcase Pavilions are illuminated as the music builds again and famous world landmarks such as the Pyramids and Sphinx are displayed on the Globe. Well synchronized fireworks accentuate the music's energy and life while lasers criss-cross the sky above.

After a large burst of fireworks the sky darkens. A single voice echoes over the World Showcase Lagoon accompanied by a guitarist. The Earth Globe illustrates various peoples. 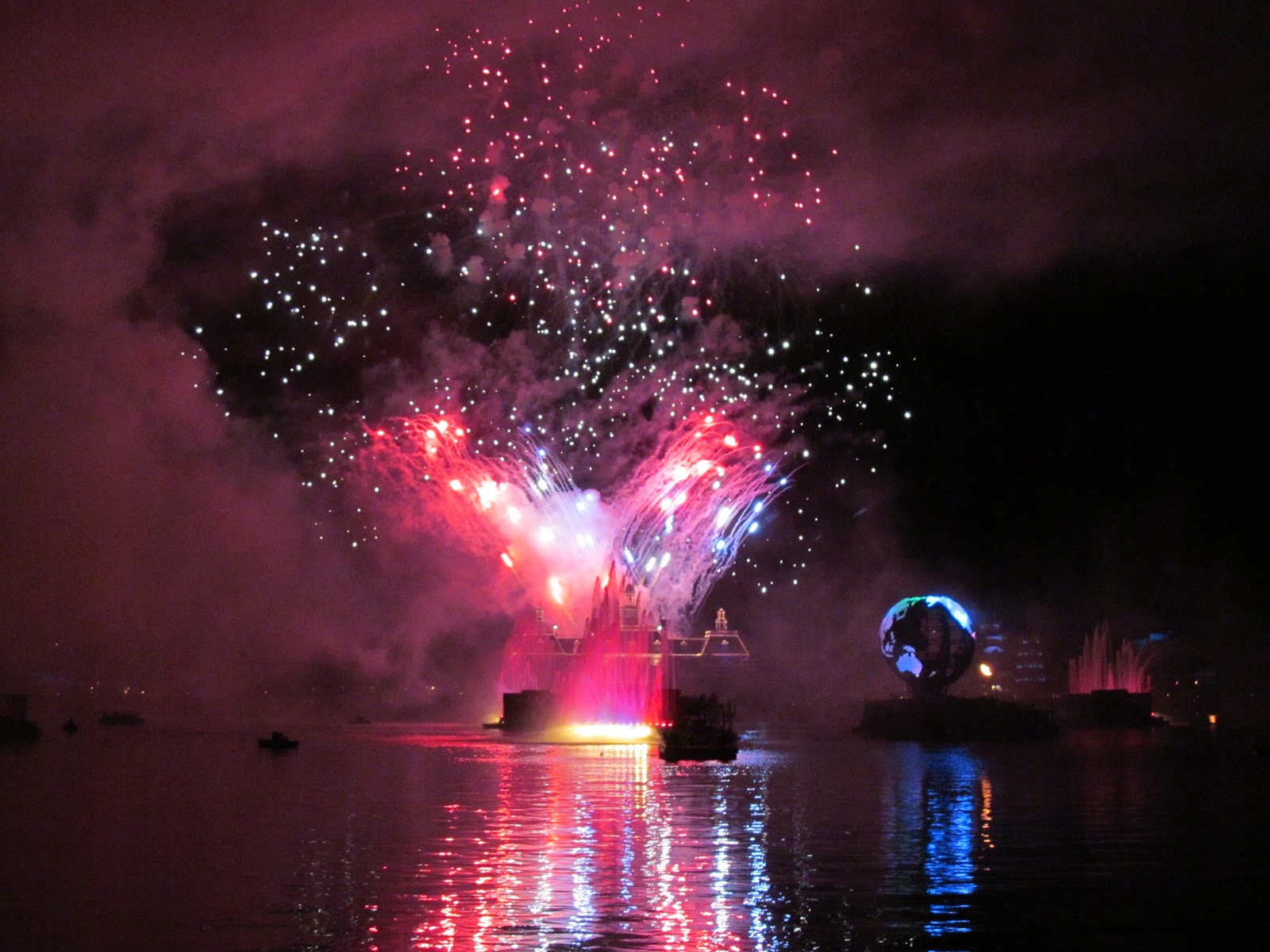 And our dreams begin another thousand circles round the sun

The music builds and a choir joins in the singing:

We go on! Through joy and through the tears.

We go on! To discover new frontiers

Moving on! With the current of the years

We go on! Moving forward now as one

Moving on! With the spirit born to run

Ever on! With each rising sun, to a new day we go on!

Trumpets herald the new Millennium!  The mighty earth globe opens to reveal a large flame.  Moments later fireworks shower up from this flame. The sky is then lit by 20-30 seconds of continual fireworks and suddenly the sky is dark.  All that is left is the solitary flame burning in the center of the lagoon.

The very high-tech "Reflections of Earth" is 13 minutes long. It requires 67 computers in 40 locations, hundreds of special lighting fixtures, four fountain barges pumping 5,000 gallons of water per minute, a 150,000-pound inferno barge with 37 nozzles shooting propane flames into the air, and lasers delivering a kaleidoscope of colors. Some 2,800 shells are exploded during the nightly display — more than twice the number used in previous productions. Fireworks are launched from 750 mortar tubes and 56 firing modules at 34 locations.

The spinning Earth Globe is a 28-foot diameter sphere that becomes a three-story video screen projecting vivid pictorial images that celebrate both human diversity and the unified spirit of humankind. Covered with video screens in the shape of the continents, the twinkling, steel-ribbed Earth Globe rotates on a 350-ton floating island that houses six computer processors, 258 strobe lights and an infrared guidance system. The Earth Glode uses more than 180,000 Light Emitting Diodes create its electronic pictures from around the world.

While the fireworks, lasers and other special effects get much of the attention, it's the story of "Reflections of Earth" that will likely make it a crowd favorite. Much like Epcot itself, "Reflections of Earth" is all about bringing the people of the world together. "The dawn of the third millennium is an appropriate time to look back on our origins, heritage and accomplishments, and to contemplate the course of the future we will build together," said Dorsey. "'Reflections of Earth,' like Epcot itself, is a celebration of our home planet, our humanity and our potential."