TV Review – “Light as a Feather” Season 2B on Hulu

Back in July, Hulu premiered the first half of the second season of the teen horror drama Light as a Feather. Now that we’re in the middle of the Halloween season, it seems like the perfect time for the remaining eight episodes to debut on the streamer. 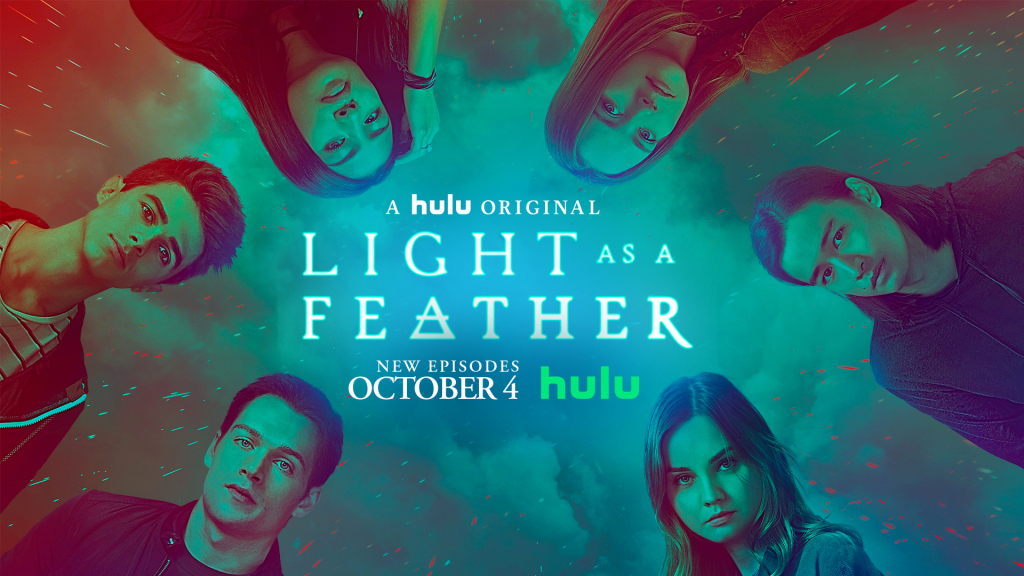 What I enjoyed about the first season of Light as a Feather was the unpredictability and the uneasy energy around the whole thing. Those were largely absent from the first half of season two, but definitely make a bit of a comeback in the second half.

Within the first few episodes, we get a couple of new twists that I certainly did not see coming. It’s that familiar twisting and turning storytelling that sucks me back into the series. While it’s not quite a complete return to season one form, a feat I’m not sure could be accomplished now that we’re accustomed to the concept of this cursed game killing off teenagers, it’s closer than what we’ve seen prior.

There is also a very interesting dynamic between the previously antagonistic Violet and the rest of the group. No matter how many times she proves she’s working with them, she can never truly be trusted. It’s one of those rare situations in a movie or series where you feel for one character but can also completely understand the lack of trust she receives from the others. I mean, Violet has always been my favorite character in this series, and I’m still not sure I trust her.

That choppy storytelling I mentioned in my review of the first eight episodes of season two, ends up paying off in a big way, so I’m happy to retract that ‘complaint.’ If I was going to come up with another one though, it would be the group’s apparent desire to always get as far away from each other as possible. Don’t they know it’s always best to stick together in a horror movie? It’s very strange to me that, despite the constant death of their friends, they continue to separate themselves only to rush back together when something bad is about to happen.

Overall though, I would say I enjoyed the back half of season two of Light as a Feather. Again, it’s not a complete return to season one, but I think that would be impossible now that the concept can no longer catch us off guard. The characters are reverting a bit to typical annoyingly stupid horror movie victims but that’s expected in a series like this. They can all only survive for so long.

The second half of the second season of Light as a Feather is available now on Hulu.