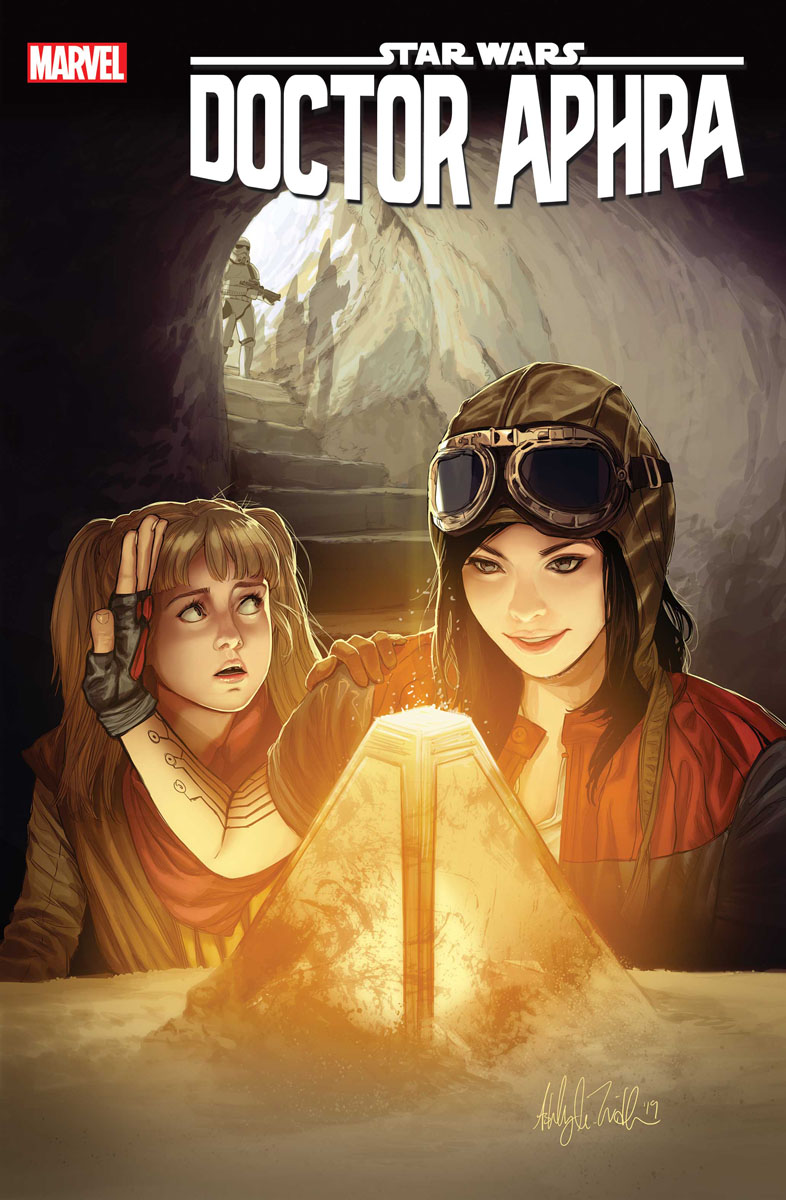 The character of Doctor Chelli Lona Aphra is a unique entity in the Star Wars universe: she’s the first fictional individual who has not appeared in any of Lucasfilm’s movies or television series to receive her own ongoing, self-titled comic book series. Indeed, Marvel Comics' Star Wars: Doctor Aphra was a spin-off of the shorter-lived 2015 Star Wars: Darth Vader title, wherein Aphra herself was introduced (alongside her sadistic, programmed-for-torture droid companions 0-0-0 [AKA Triple Zero] and BT-1) as an archaelogical errand girl to Vader and a sort of Indiana Jones analogue for A Galaxy Far, Far Away.

And now, several years later, Marvel’s Doctor Aphra is coming to an end, albeit temporarily, as it will relaunch with fresh-start numbering from #1 next year along with the main Star Wars title (It seems the two series are both finally catching up with the events of The Empire Strikes Back, and not a moment too soon). So as this current inaugural run of Doctor Aphra approaches its finale, we thought it would be a good idea to review its final arc, issue-by-issue. 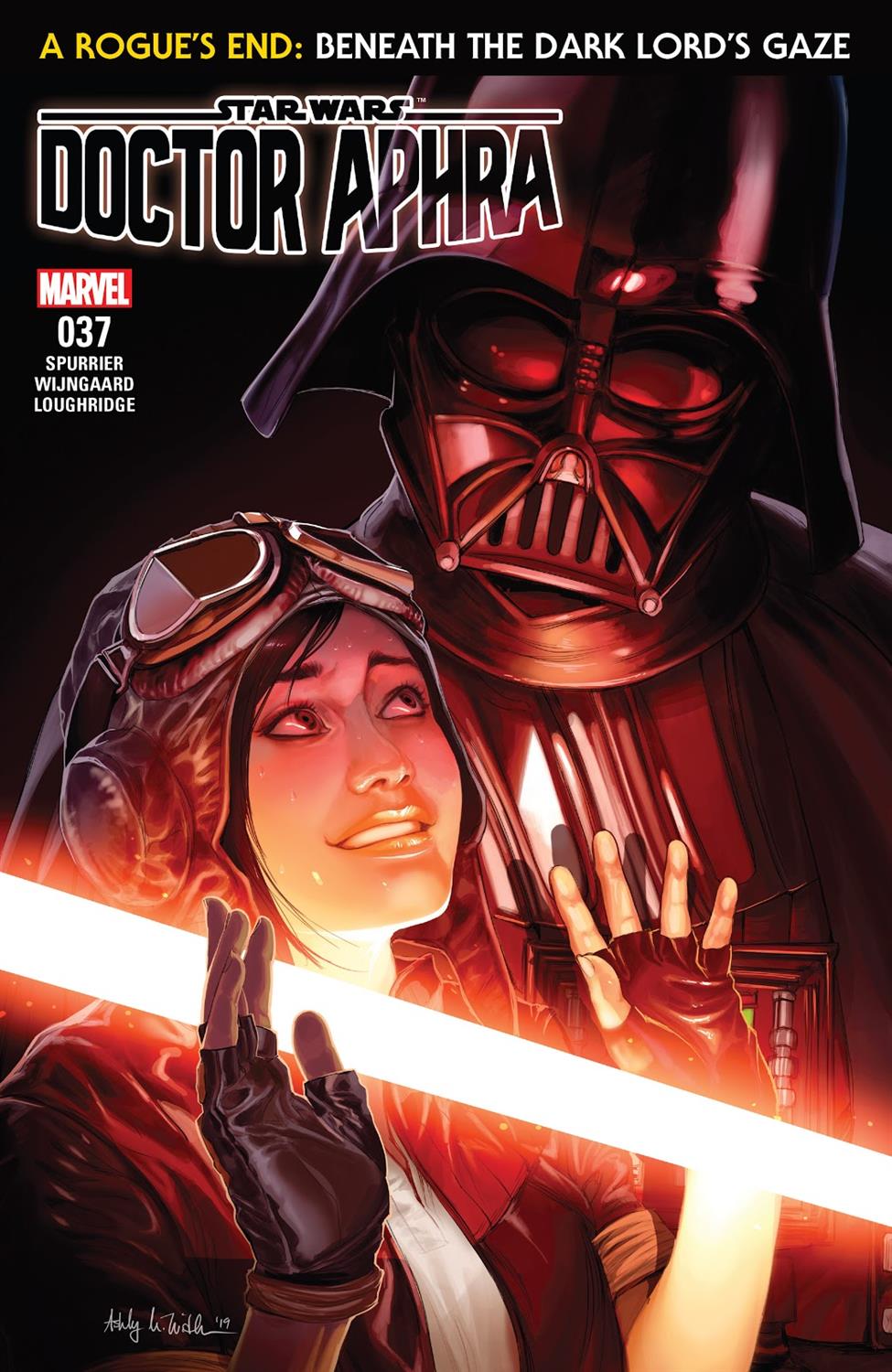 Star Wars: Doctor Aphra #37 is subtitled as Part I of “A Rogue’s End,” hinting that we may see the last of the title antiheroine, although the comic’s already-announced reboot coming next year would seem to indicate otherwise. We pick up with Aphra having thwarted an internal assassination attempt again Emperor Palpatine and being rewarded with a spot among the Empire’s team of archeological consultants— not to mention having her life spared by a certain Dark Lord of the Sith. She finds herself working aboard the Imperial Star Destroyer Executor, which also just happens to be Darth Vader’s flagship.

Aphra’s new job (which feels to her as more like indentured servitude) is to help General Veers— a familiar name from Empire’s AT-AT assault on Hoth– track down the Rebel Alliance’s latest base of operations, which they suspect to be once again housed in one of many abandoned ancient temples scattered across the galaxy. Aphra doubts the rebels would make the same mistake twice, but she volunteers to help investigate one of the suspected temples when she learns it means she will get some time off the ship and out of Vader’s imposing, often threatening presence. 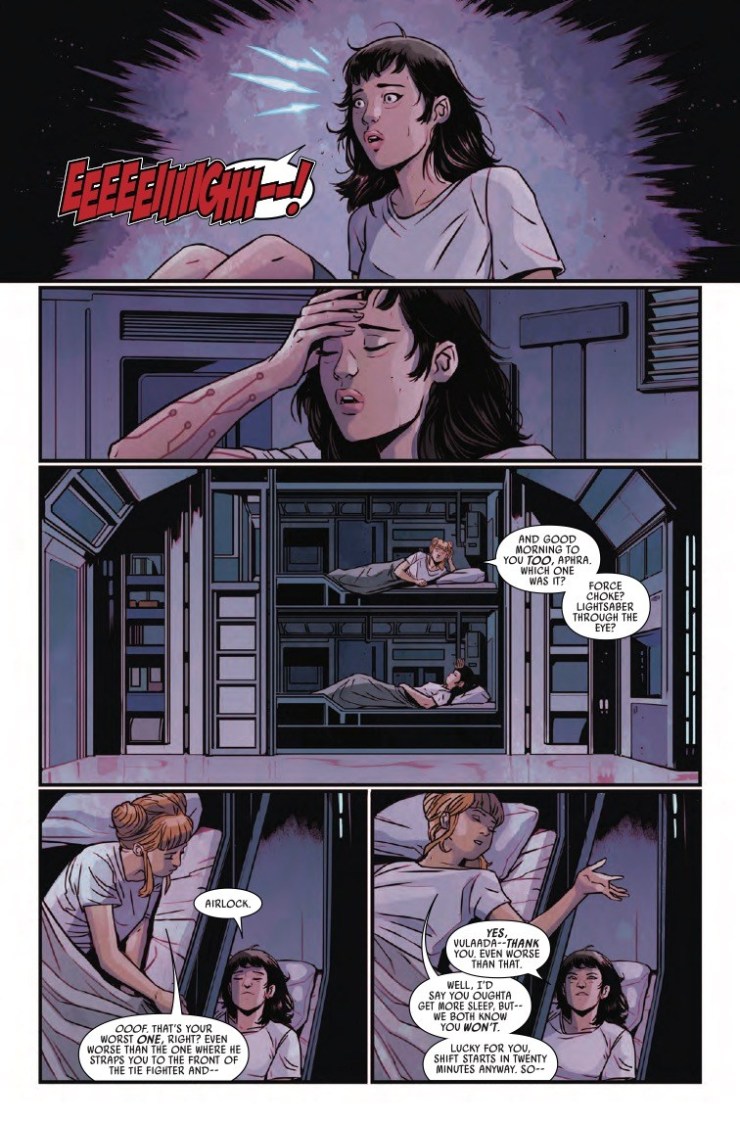 Along for the ride is Doctor Aphra’s recently acquired ward Vulaada, who has taken a position swabbing the star destroyer’s decks. While the search doesn’t yield evidence of a rebel presence, Aphra does discover that the other scientists are using the Empire’s quest as an excuse to explore intriguing historical sites that may otherwise have gone uninvestigated. And upon departing the ruins, the team encounters an outside personage who also seems interested in the location and uses both Jedi and Rebel Alliance phraseology in his attempt to escape. Of course— as unlikely as it feels— after returning to the Executor, this interloper turns out to be Chelli’s absentee father Korin Aphra.

Picking up in the aftermath of that cliffhanger in issue #38, Vader brings in Triple-Zero and BT-1 (who were apparently picked up and reinstated to the Empire by erasing their memories and installing restraining bolts) as droid interrogation specialists, demanding to know what the elder Aphra knows about the rebellion’s whereabouts. When he divulges a tip about a Force Cult shrine on a hidden asteroid, Vader takes both Aphras and BT-1 to investigate this new point of interest. Oh, and along the way, we find out that Chelli had intentionally abandoned Vulaada on the previous moon, fearing for her young ward’s life should she remain under the Empire’s thumb. 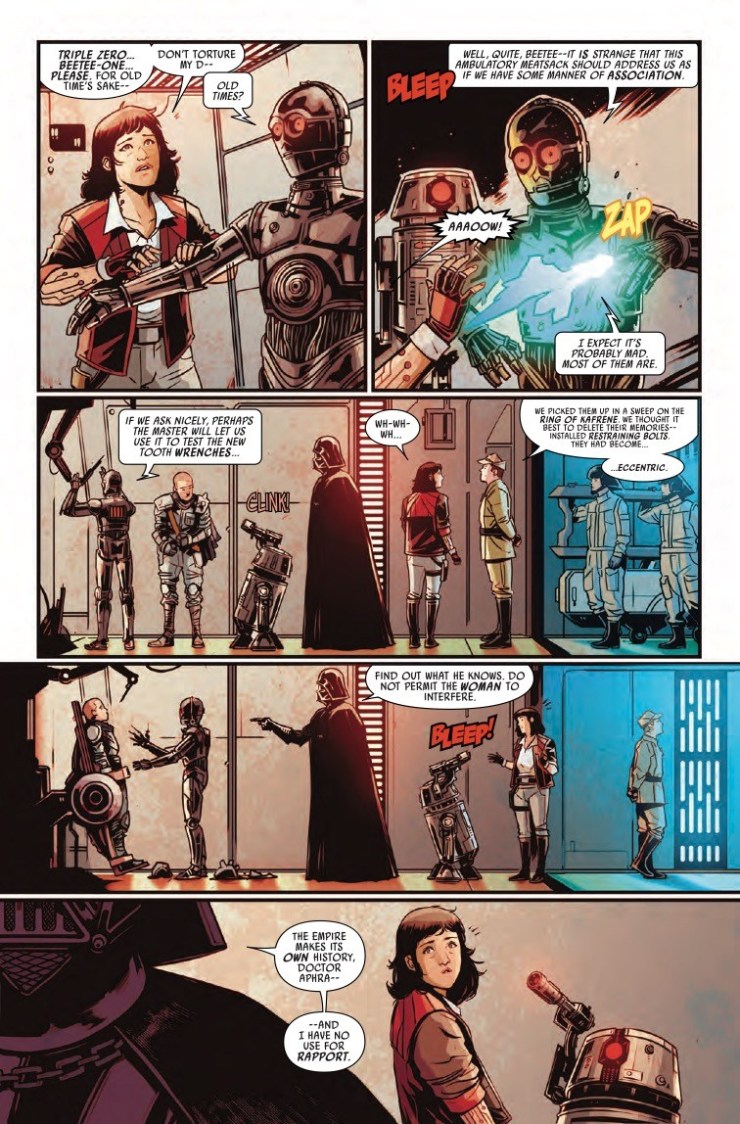 On the asteroid in question, Vader finds the shrine haunted by Force ghosts and dismisses them as mind tricks, but not before Chelli overhears him privately drop a tidbit about his own lost youth and innocence. As the group disembarks, Vader forces the Aphras to choose among themselves which one of them he will kill upon their return to the Executor: “I have need of only one Doctor Aphra.” Naturally, Chelli and her father have a heart-to-heart chat in the hold of the Imperial shuttle and Korin selflessly decides to sacrifice himself to BT-1… when suddenly the craft is rocked by a hostile boarding party. I won’t spoil which familiar character is among the besieging company, but we’ll pick up this synopsis when #39 is released in a couple weeks.

I do want to say that overall, I have really enjoyed Doctor Aphra— both the character and the Star Wars: Doctor Aphra comic series named after her. As a persona, she fits neatly into the underbelly of the Star Wars universe, drifting entertaining back and forth between her affiliations with both the Rebel Alliance and the Empire, but always somehow managing to settle back somewhere in the middle. And in this climactic concluding arc to the comic’s initial run, writer Simon Spurrier (Judge Dredd, X-Force) and artist Caspar Wijngaard (Star Wars: Age of Rebellion, Assassin’s Creed) have done an excellent, exciting, and often very funny job in bringing together threads that have been sewn across more than fifty issue’s worth of story— including Aphra’s first appearances in Darth Vader, crossovers with the main Star Wars title, and the one-off Doctor Aphra Annual releases. After “A Rogue’s End” comes to a close in December, I’ll definitely be looking forward to seeing what happens with this character next. Star Wars: Doctor Aphra #37 and #38 are now available from Marvel Comics wherever comic books are sold.