The Marvel Universe began 80 years ago but the stories it’s created have spanned a far greater time than that. The “2099” corner of the Marvel Universe has been telling futuristic stories for some time, with a very different looking Universe as the backdrop. Now though, it looks like that universe is about to be shaken up.

“2099 Alpha #1” is an introduction of sorts to the futuristic Marvel comics. Only now, the future is different, orchestrated by Doom. There’s no telling what the future of the Marvel Universe holds with Doom at the helm. I’ll admit, the “2099” comics are not ones I’ve read a whole lot of. I feel there’s enough Marvel history and present day for me to catch up on before I go jumping into the future. With that being said, this was actually a good spot for me to jump into these futuristic comics. Amazing Spider-Man has been building to this new issue over the last few months, but eve without reading that, you won’t be too lost in this new issue.

To give a quick summary without giving away too much (I’m not even sure there’s much I could give away), Doctor Doom has done something to eliminate the heroes we know and love to create a very different future. Now, he is holding Uatu the Watcher as a prisoner so that he can see all that is happening to ensure that nothing is done to undo his work.

The comic actually briefly tells multiple short stories as opposed to one cohesive one. Eventually, these stories will all come together I’m sure, but for now it’s really just Doom seeing several different stories unfold as he watches over everything. It’s a very interesting concept.

And speaking of interesting, seeing Doom hold the Watcher as a prisoner creates an interesting dynamic as well. Doom, by his nature, is always in a position of power. But now, with the Watcher’s power at his disposal, he has become a near omniscient being. How can anyone undo his work or stop whatever he has planned next? 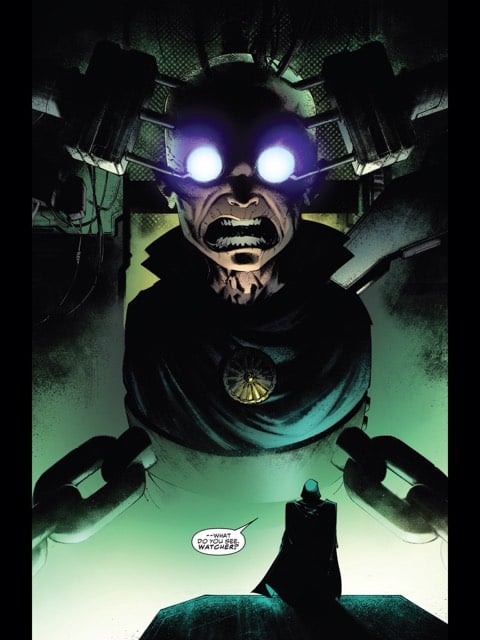 There is also a fair amount of mystery in this issue. It’s a dystopian future of sorts, in which monstrous creature threaten citizens and Thor, or should I say “The God of Thunder,” is apparently a threat as well. I am very interested to learn more about what is going on with Mjolnir in this story. 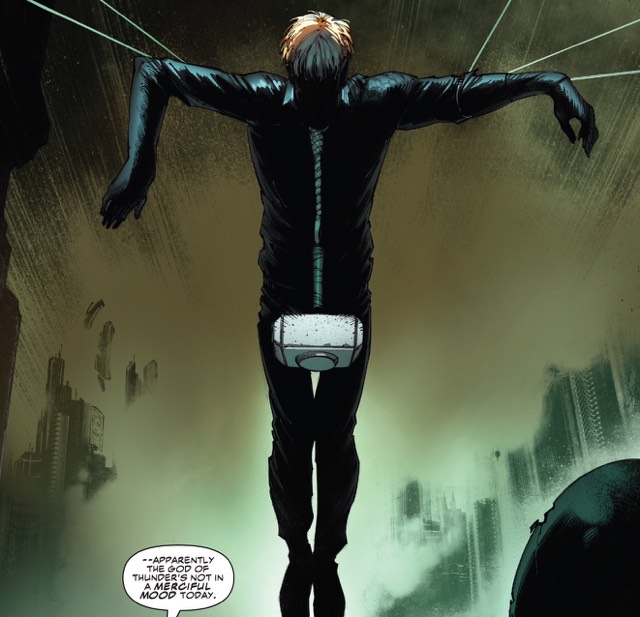 Another plot point I liked about this new issue is that Doom somehow eliminated all of the heroes. There isn’t a whole lot of detail on how he accomplished this, but the imagery does hint at it having to do something with the Civil War story arc, which would make sense as it would be the time at which the heroes were completely divided and at their most vulnerable. 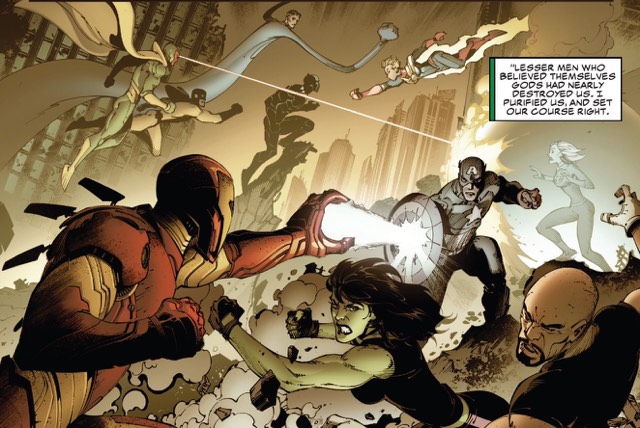 “2099 Alpha #1” is an interesting comic because not a whole lot actually happens within this issue and yet it introduces us to a very interesting new story and universe as a whole. As I’ve said, it basically kicks off several different stories, as Doom watches on via the Watcher, setting up several branches for us to follow in the future. 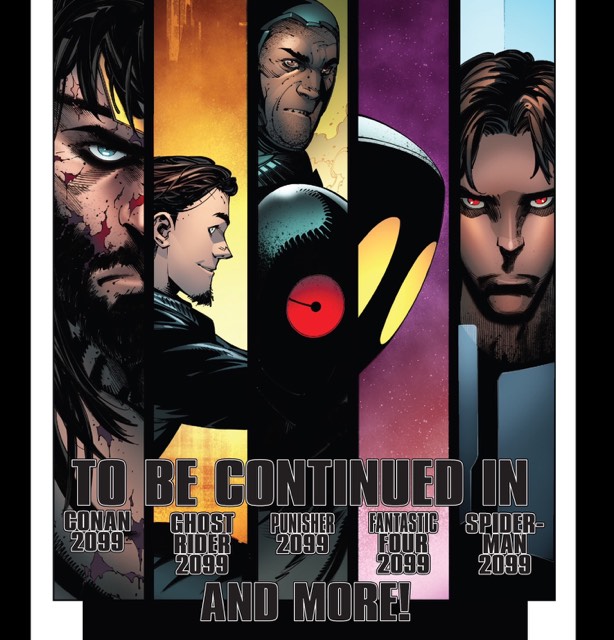 I am very interested to see how those five branches come together and meet in the middle, where Doom will surely be waiting. I also want to see what role Thor will play in all of this, as Mjolnir has clearly been set up to be used for something in a future issue. But even with all of this, can anyone really challenge Doom with the Watcher on his side?