Walt Disney World has all kinds of special food and beverage offerings for the holiday season and it’s not just limited to the parks. The Edison at Disney Springs has five special Winter Wonderland-inspired cocktails to help you get into the holiday “spirit.” 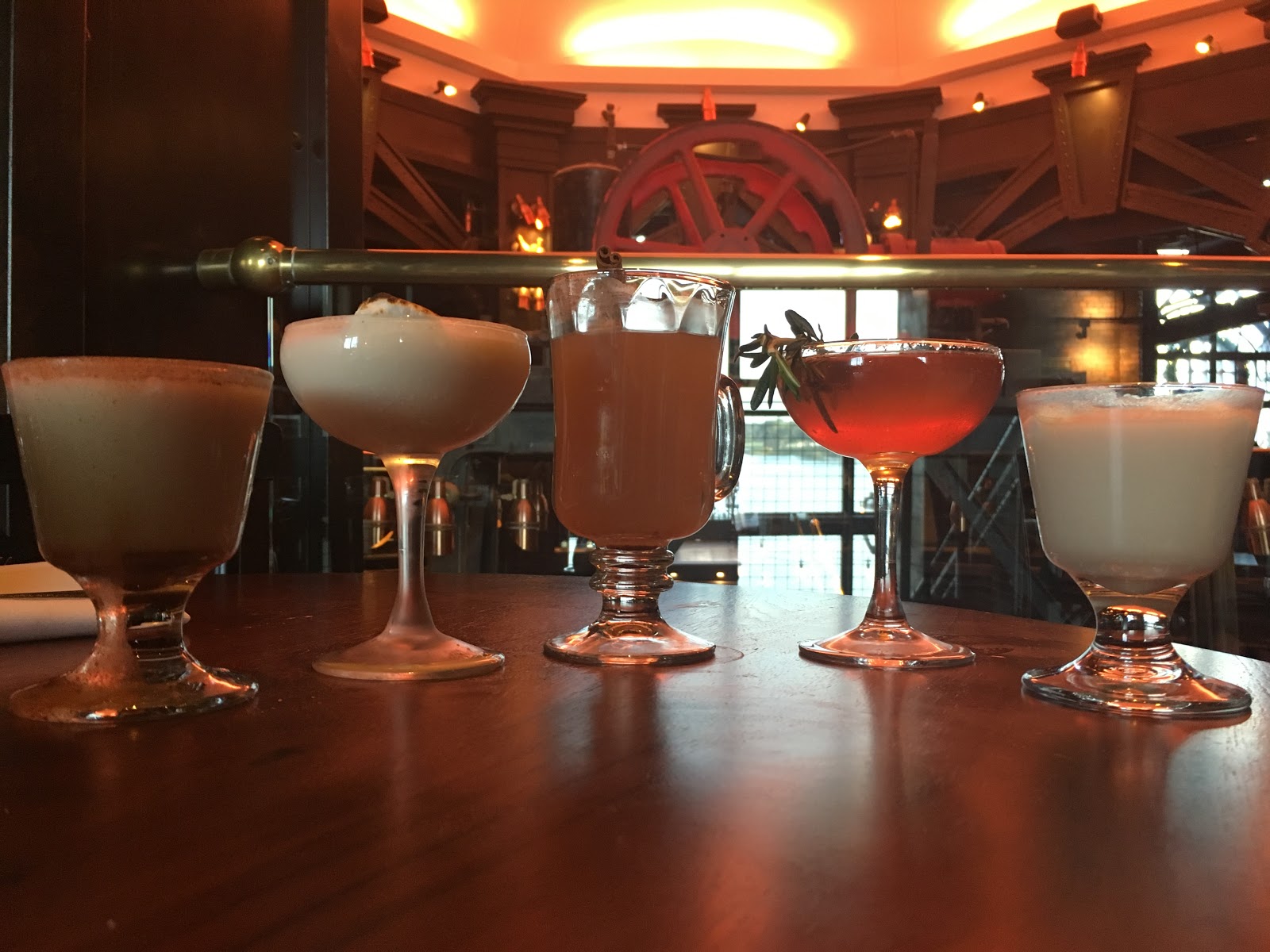 We were invited out to taste these five new holiday concoctions and I can definitely say each one is a great festive option for the season. The first new drink we tasted was “The Winter Waltz,” which is made with a jolly mix of crème de Cacao, Faretti Biscotti, a splash of cream, a drop of Woodford Chocolate Bitters, and topped with golden brown toasted marshmallows. This cocktail was described as a “cold hot chocolate,” and that is honestly the perfect description. If you want a hot chocolate but the Florida weather isn’t cooperating, this is a great option. Next up was the “Hot Apple Pie,” which consists of Stillhouse Moonshine, cinnamon cordial, apple cider, and garnished with a cinnamon stick. This one tastes just like the name would imply. Of all five drinks, this one had the weakest alcohol taste, but don’t worry, it’s in there. 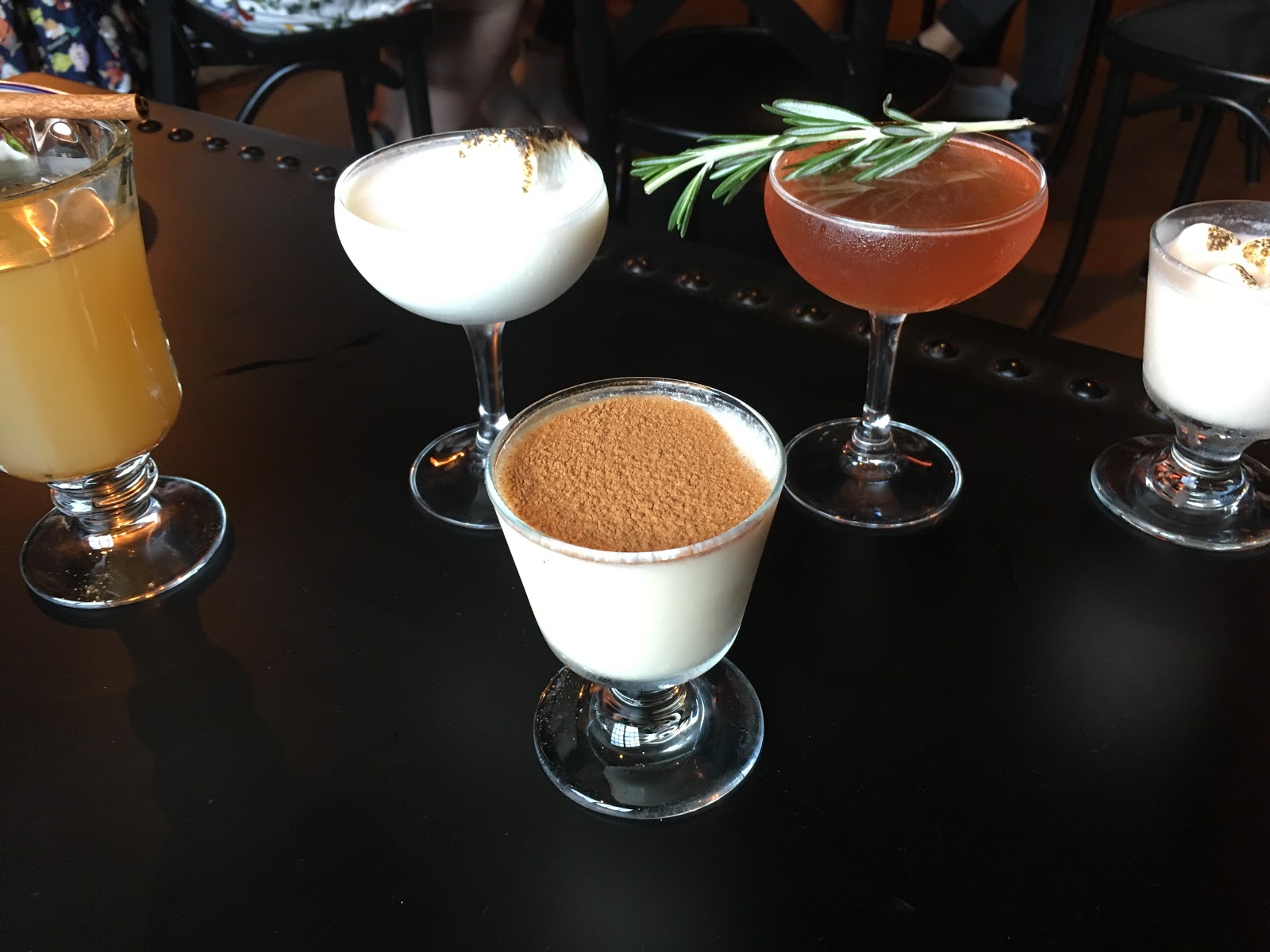 Up next was the “The Last Coconut in San Juan,” a festive Sazerac cocktail featuring Hennessy VS, Malibu Rum, Faretti Biscotti, cinnamon cordial, simple syrup, half & half, coconut milk, and a dusting of ground cinnamon. The staff explained that this a spin on coquito, a traditional Puerto Rican holiday drink. As someone who enjoys coquito every year at the Epcot International Festival of the Holidays, this was probably my favorite of the new cocktails. While it’s not made the same as traditional coquito, it tastes almost exactly the same. 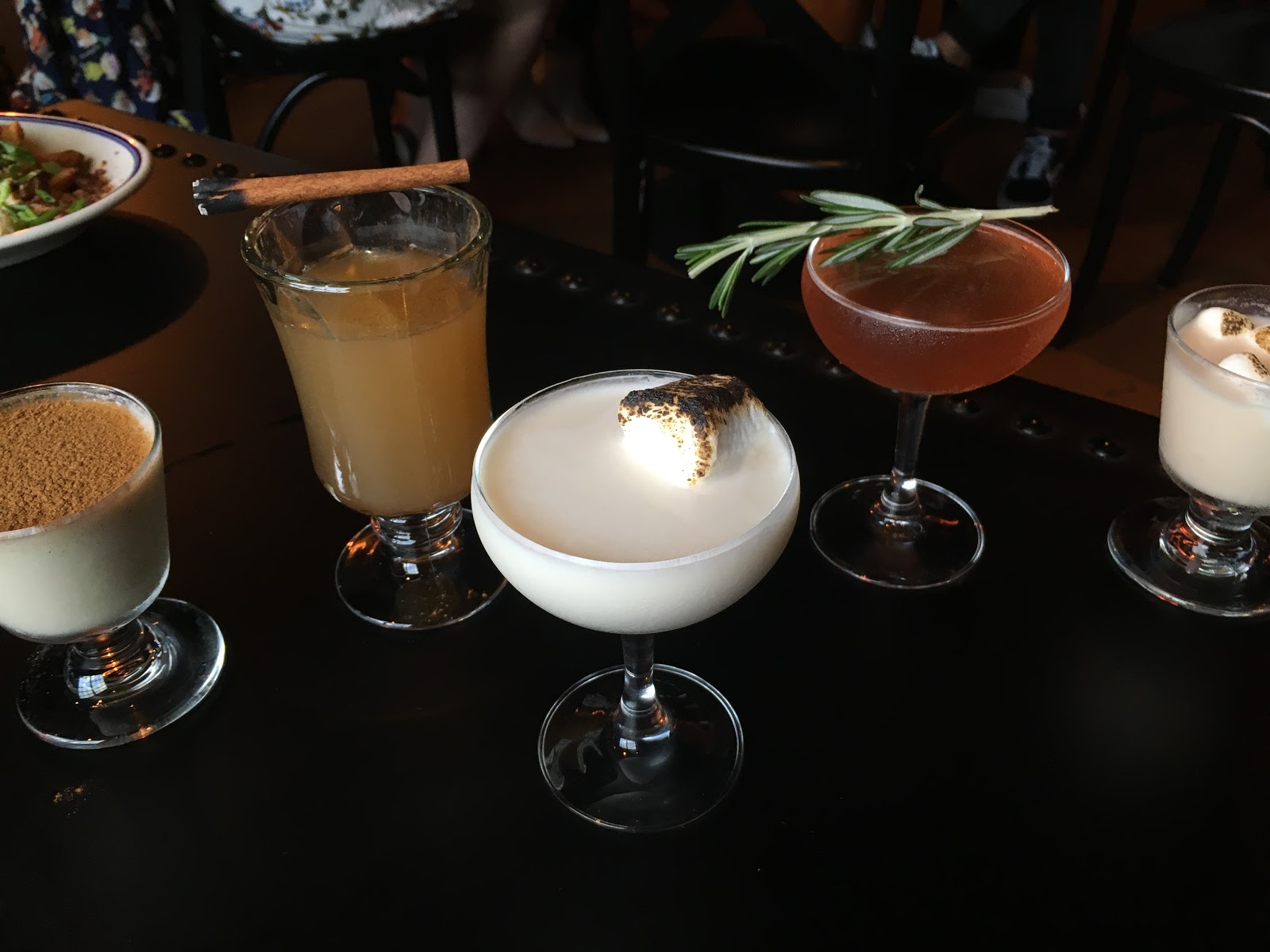 Next was the “Mellow and Toasted,” consisting of Mellow Corn Whiskey, simple syrup, heavy cream, Woodford Chocolate Bitters, and a sweet dash of Madagascar Bourbon Vanilla Extract  topped with a sprinkling of ground cinnamon and decorated with one perfectly toasted marshmallow for good measure. If you’re looking for one strong drink, look no further. To quote one of the servers, “Mellow and Toasted is not a description of the drink, it’s a description of you after you’ve had the drink.” It’s still pretty good, but it is definitely strong. 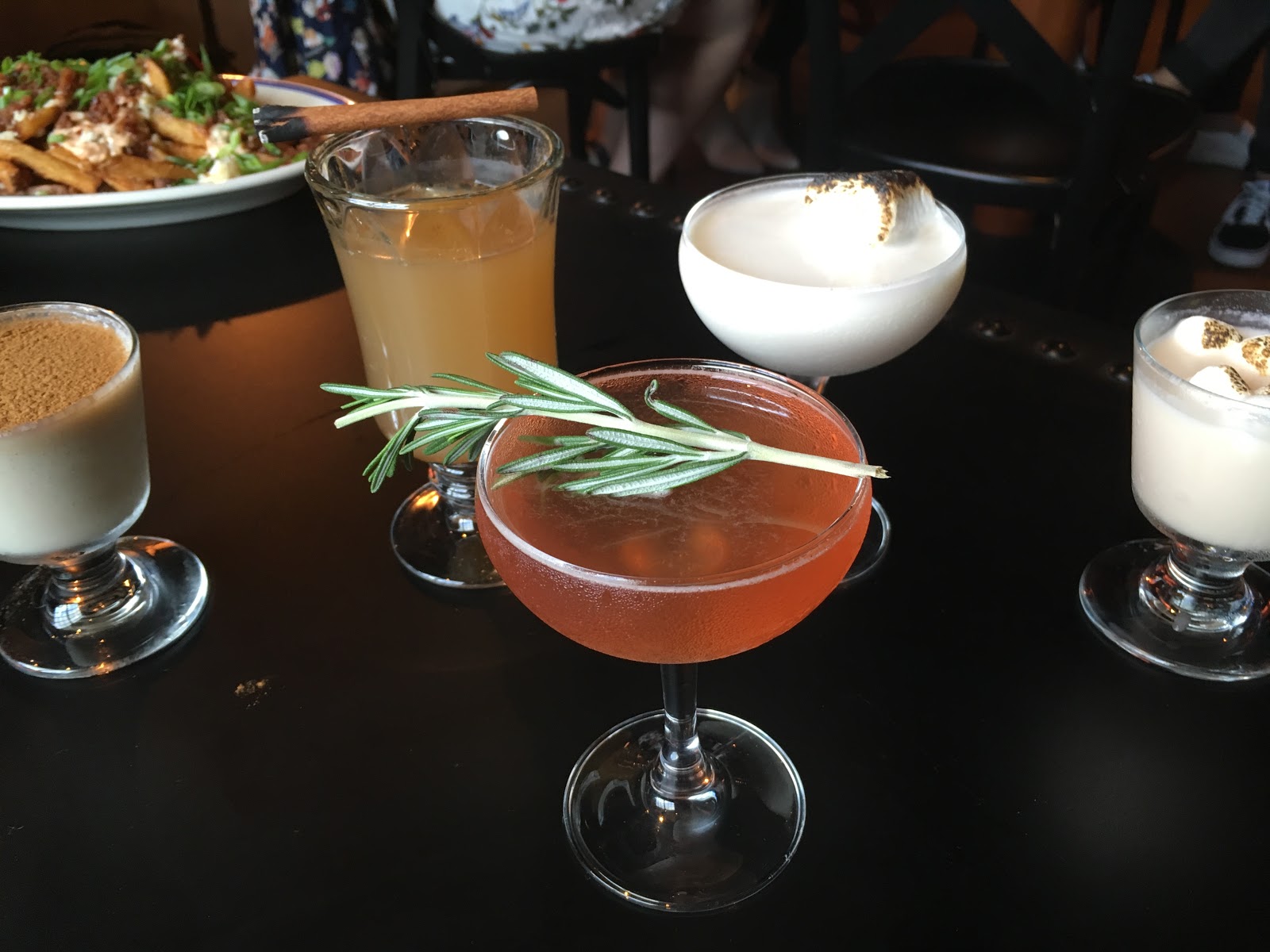 We finished up with “Deck the Halls,” which is a blend of Tanqueray 10, cranberry juice, cinnamon cordial, Angostura bitters, pineapple juice, Q Ginger Beer, and ornamented with a sprig of fresh rosemary. This is Christmas in a glass. Just about every flavor you associate with the holiday is featured. Personally, it tastes a bit too much like a Christmas tree for me (maybe I just got too much rosemary) but I could totally see people loving this drink. It will definitely get you in the holiday spirit.

All five of these new drinks will be available at The Edison in Disney Springs throughout the month of December, so if you’re looking for a fun and festive cocktail to kick off your holiday season, this is the place to go.