TV Review – “Peyton’s Places: The Evolution of Coaching” on ESPN+

Peyton’s Places follows the NFL great around the country as he explores the history of the National Football League, one piece at a time. The 23rd episode is titled “The Evolution of Coaching,” and it looks at some of the greatest coaches in the history of the sport, including George Halas, who started it all. 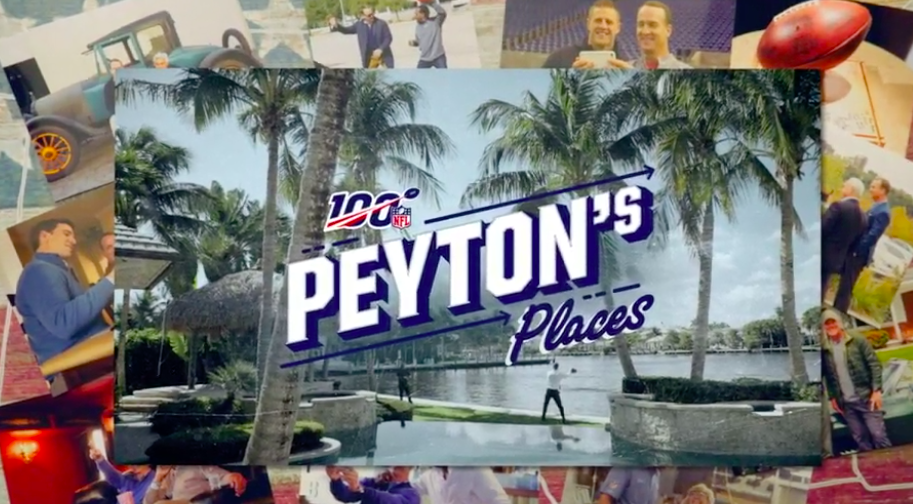 This episode follows a similar theme to a previous one, which credited General Custer for the current New England Patriots dynasty. No, Custer didn’t also influence the current state of NFL coaching, but there was an incident that may have.

The episode opens with Peyton joining former Chicago Bears coach Mike Ditka on a boat on the Chicago River. The two discuss the Eastland Disaster, in which a boat turned over in the Chicago River in 1915, killing 844 passengers and crew. Among the ticketed passengers, was famed football coach George Halas.

While this was a very dark way to open the episode, it was interesting because Peyton explains that Halas missed the boat and would later go on to revolutionize the game of football. He was the first to coach from the sideline as opposed to being a player-coach. That change is the reason we recognize names like Lombardi and Belichick and it might not have ever happened if Halas hadn’t missed that boat.

Peyton then meets up with his former coach, Tony Dungy, to discuss another legendary coach, Paul Brown. Brown is responsible for many aspects of the NFL we know today, including facemasks on helmets, the 40-yard dash, plays being called from the sideline and even the name of an NFL team – the Cleveland Browns.The two spend quite a bit of time talking about the legendary coach and while it’s extremely informative and interesting to diehard football fans, it’s far from the most entertaining segment this show has produced.

Peyton is then joined by former San Diego Chargers quarterback Dan Fouts to discuss Don Coryell, another coach who changed the way the game is played by implementing a transformative offense known as “Air Coryell.” Again, this isn’t the most entertaining segment, but the highlights are fun. We then catch up with a familiar face from previous episodes of Peyton’s Places – Hall-of-Fame quarterback Joe Monthana – who joins Peyton to talk about Bill Walsh. They discuss Walsh’s well-known West Coast offense, which Montana executed to perfection en route to winning three Super Bowls under Walsh. Again, very informative but not all that entertaining.

This episode of Peyton’s Places seemed to be a slight step in a different direction to me. Not a misstep or a step back, just a slightly different direction. I still enjoyed the episode as a football fan who enjoys learning more about the history of the game, but the entertainment value wasn’t there as much as some other recent episodes. Peyton is still has goofy self and his chemistry with the guests is fine, there just wasn’t that same level of fun around this episode. Again, it was still good, but maybe not one for the casual football fan.