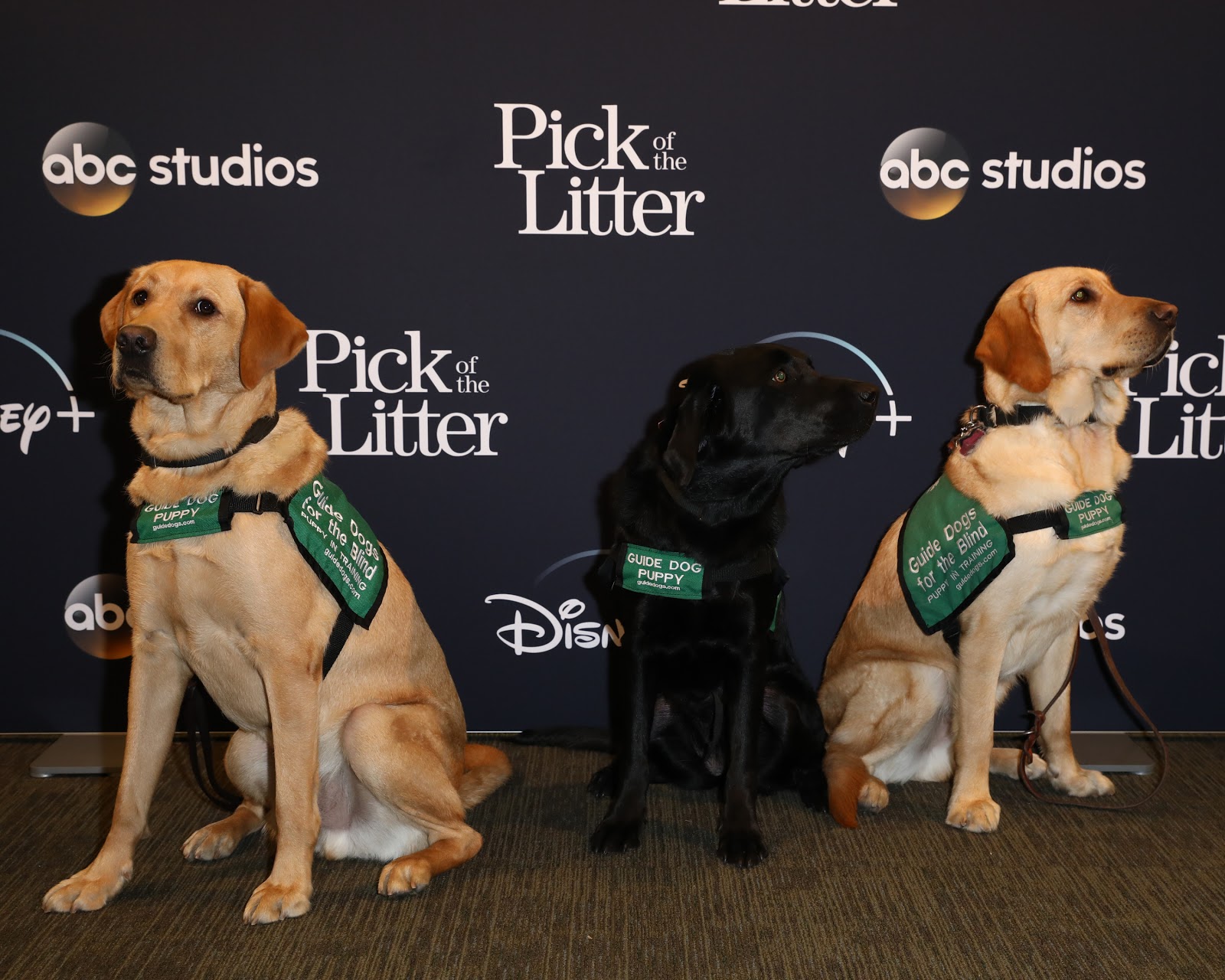 The Walt Disney Studios recently went to the dogs… and it was amazing. The canines, along with other invited guests, were there to attend a screening of Disney+’s Pick of the Litter. After the show, the creative team gave us a bit more information about the show and how it ended up on Disney+. The panel consisted of executive producers, Don Hardy and Mary Celenza as well as CEO of Guide Dogs for the Blind, Chris Benninger. They were joined by puppy raisers Roger and Sue Dupuy, who you may recognize from the first episode as the raisers of Paco.

When the Disney+ project was first announced, there was some confusion regarding the relationship with the feature-length documentary of the same name, which happens to be available on Disney’s Hulu. As it turns out, a representative of Disney saw the documentary about a year ago. They thought it would be a good fit for Disney+ as a series. They asked Don and Mary if there were more stories to tell. As it turns out, by having more time to tell the story, they were able to elaborate on the dogs’ journeys. One specific thing that the series is able to show more of is that despite the dogs working hard on their training, they are still able to have time to play and have fun. You may wonder how much of a documentary is staged and how much is real. The Dupuy family shared that the film crews allowed them to be authentic (although the family admitted that they did clean their house to make it TV-ready). The family also gave the camera crews a lot of credit for respecting their family and home but also the training process. The entire crew knew it was important to not interfere with the process that the dogs had to go through so they could be successful. Disney also got some credit for letting them tell the story as it unfolded and not trying to force a specific outcome.

Of course, filming at the speed of dogs is not always easy. Don Hardy mentioned that he told the various units that the dogs move fast, but it wasn’t until they saw them in action that they really understood what Don meant. In order to capture the footage they needed, they put their cameras in gimbals on top of monopods.

It was great to get a little of Pick of the Litter’s story behind the story. We will be sharing more about the show and Guide Dogs for the Blind in the coming weeks. You can catch new episodes of the show each Friday on Disney+.