Book Review – “Marc Davis: In His Own Words” by Pete Docter and Christopher Merritt 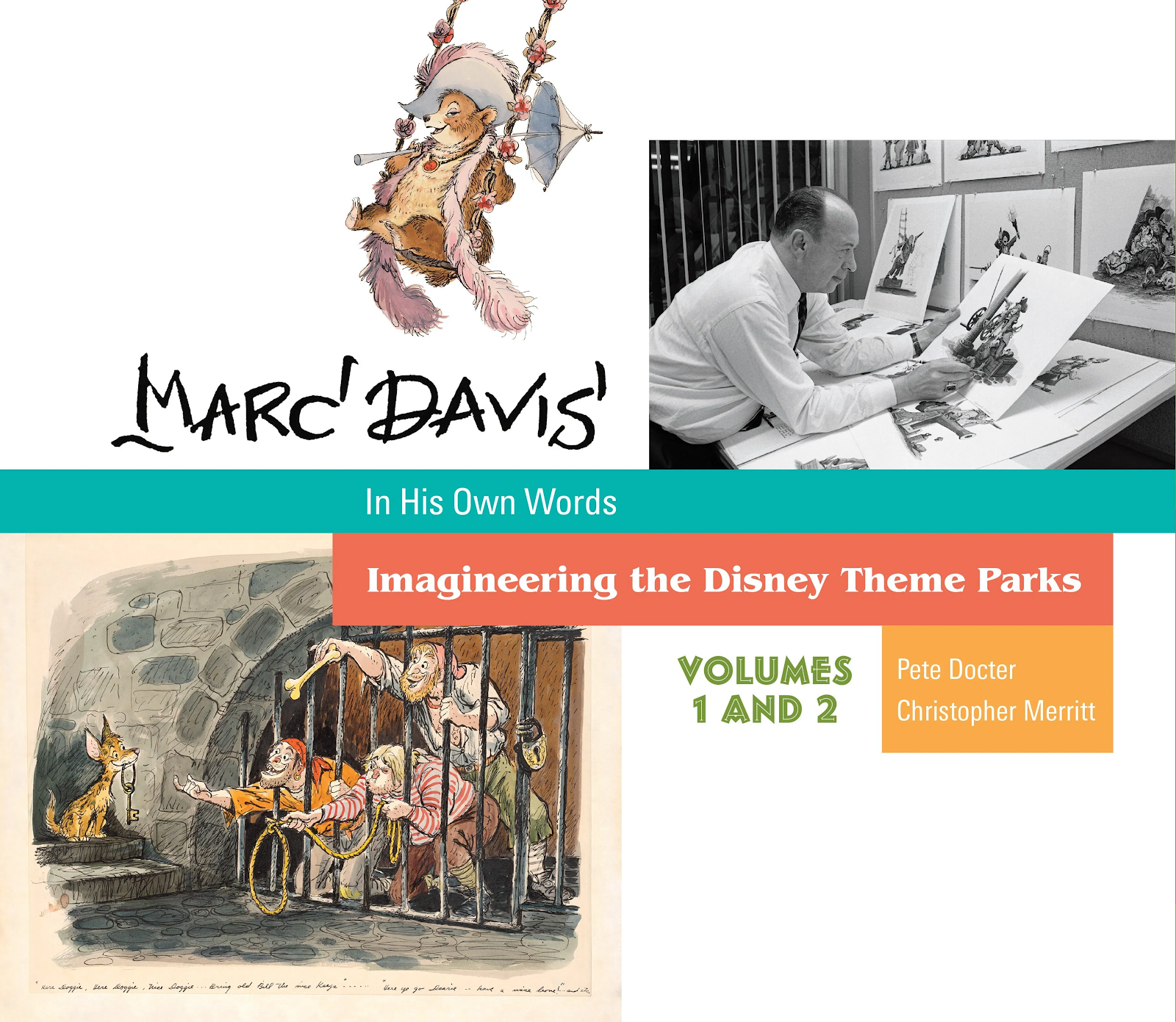 Disney animation fans know Marc Davis for his long list of impressive credits, which include creating and animating the characters of Tinker Bell, Cruella De Vil, and Maleficent. A lot has been written about his animation career, but his Imagineering years are equally impressive, having developed many of the moments we experience on Pirates of the Caribbean, The Haunted Mansion, it’s a small world, The Jungle Cruise, and many more. Marc Davis: In His Own Words is the most complete collection of his WED/WDI artwork ever assembled in two hardcover coffee table books in a deluxe chipboard box that amounts to 749 pages total. Pixar Chief Creative Officer Pete Docter collaborated with Imagineer Christopher Merritt on this labor of love, a celebration of the work of Disney Legend Marc Davis.

As the title suggests, a great deal of the text are quotes by Marc Davis himself about his work. You’ll also find quotes from other theme park designers who worked with him on these projects, including Alice Davis, Marty Sklar and X. Attencio, with some contextual paragraphs by the book’s authors. Marc Davis: In His Own Words opens with a short section about Marc Davis’ career as an animator, but the primary focus is on his work as an Imagineer and his evolution from animator to theme park designer, as well as his wife Alice Davis’ role at WED.

Some of Marc’s earliest projects were enhancements to existing attractions. He was lured to WED slowly when Walt Disney gave him an assignment to visit the park and take a look at the Mine Train Through Nature’s Wonderland and Submarine Voyage attractions. Marc began designing comedic moments or restaging scenes to be more exciting and the rest was history. The other attraction famously “Plussed” by Marc was the Jungle Cruise and while the book presents the projects in chronological order, they also include variations on the same attractions around the world that Marc worked on. As a result, the Jungle Cruise section also includes lots of information about the changes and unique elements that exist at Walt Disney World and Tokyo Disneyland and even tracks later Disneyland updates that Marc was involved with. 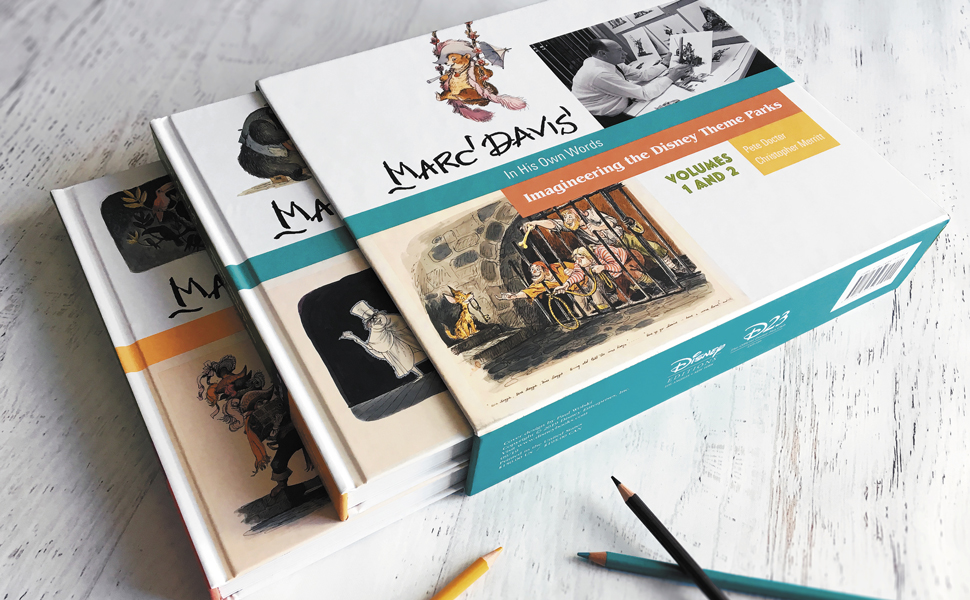 In the case of The Haunted Mansion, Marc Davis was very involved with the story treatment and his original pitch is presented, divided by rooms in the mansion. It’s interesting to see how his concepts evolved into the widely beloved attraction we know today. Other projects were mysteriously started in secret locations kept hidden even from other members of WED. WDI is known today for their incredible ability to keep projects quiet and things were no different in Walt’s time.

One of the most high profile WDI projects that never found a home in a Disney Park was the Western River Expedition, which is extensively covered in the second volume of this box set. Through Marc Davis’ reflections, concept art, and model photos, readers get to experience what could’ve been. The book even includes rare photos of a few full-size figures that were made for the project before it was shelved. This complete tome of Marc Davis WED artwork includes lesser known attractions that were conceptualized but never produced, including the Enchanted Snow Palace that was used as reference in the design of Frozen.

The book covers Marc Davis’ involvement in the following attractions:

By the end of Marc Davis: In His Own Words, you’ll feel a deep connection to the talented artist. As a collector of books on Disney history, I was delighted by the stories found in this book that I had never read before, including Marc’s maddening final months at WDI and the way leadership at the time treated such a prominent figure in the company’s history.